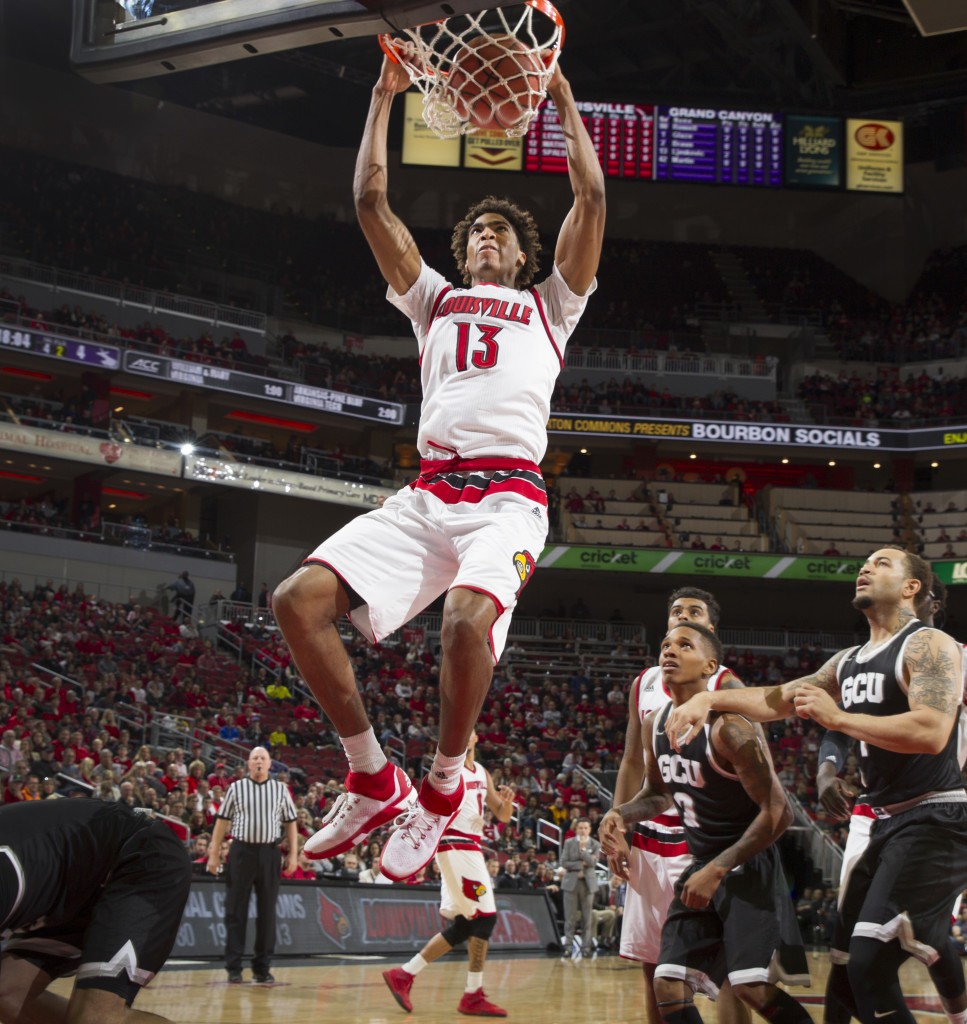 Ashley: This week has been pretty low key for the Cardinals. They charted a convincing win against Grand Canyon, which was surely an encouraging bounce back from the loss to Michigan State. It seemed in that game that the team might have gotten an inkling of an idea that they can play any team in the country, especially after waking up on Sunday to see that Michigan State moved up to #1. I still need to see more consistent production and domination in the paint, but — yes, ladies and gentlemen, this team is good enough to play and beat any team in the country.

It’s been finals week at UofL, so the team has had some time off. Louisville is coming back to another home game, this time against Eastern Michigan on a solid stretch of homes games in preparation for the circled, December 25 rivalry matchup at Kentucky. I have to admit that I didn’t know much about Eastern Michigan (Louisville’s never played them), but what I found in my brief research is that they are third in the nation in steals per game with 11.7. While Louisville lands 4th in the nation in field goal percentage defense (.342), Eastern Michigan isn’t too far behind, ranking 17th (.366). For sure, this has the potential to be a very intense defensive matchup.

All of that being said, I predict a 25 point+ victory against Eastern Michigan. I still don’t believe that Louisville is accurately ranked in either of the polls, but it could turn out to be a good thing. It could be the chip the team needs on its shoulder to make waves in the coming weeks and into ACC play. Again this week I say, I am sticking to my preseason prediction! The Cardinals will be making some serious noise come March!

Aaron: I don’t have a whole lot to say in this week’s roundup. Not just because the Cards haven’t played since last Saturday, but because there are only so many ways of lauding a 48-point victory (111-63). Seriously, I can’t imagine there are too many practices where the offense runs as well as it did against Grand Canyon.

Although, to be fair, the Cards probably won’t face too many opponents this year as difficult as their second-five. (I kid! I kid! Kinda…)

There are some things that stood out from that game that are worth noting. First, four guards scored double-digit points, 65 total between them, and David Levitch just missed finishing with nine. At one point, with over 8 minutes left in the first half, the guards had put up 40-combined points. That’s 40 points in 12 minutes! These guys can score in so many ways, so quickly, it is difficult to imagine there is a better 4-guard rotation in the country.

The other amazing takeaway was that the Cards started the game making 13 of 14 shots from the floor. That would be an amazing free throw total. That would be outstanding in an unguarded shooting drill in practice. In a live game, against a team who came in undefeated, that was, well, nearly perfect.

Oh, they also out-rebounded their opponents by 35 (55 to 20). This may partly be due to the fact that it is difficult to keep pace in the rebounding category when your opponent won’t miss a shot.

Finally, Chinanu Onuaku went 2-for-3 from the foul line (shooting underhanded), and Mahmoud Anas bounced back going 2-for-2 (after his 0-for-4 night against Michigan State).

The Cards host Eastern Michigan Saturday (6-3). I would expect that this is the perfect time for the Cards to bring a week of practice to the floor, continue to come together defensively, and dominate another completely out-matched opponent.

But don’t take that to mean it will be a Saturday afternoon snoozer, because this team is fun to watch. It doesn’t take a big-name opponent or nationally-televised game to get excited about watching this team. If you like good basketball, you will want to catch every game this team plays.