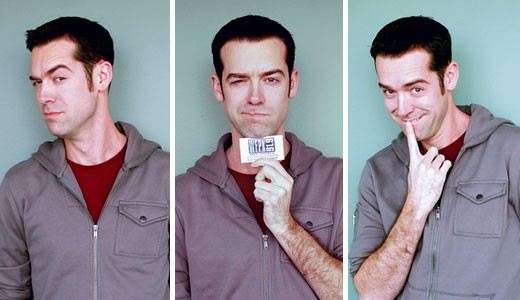 Let’s get something straight: never in my listening throughout the year do I think of an album as a number, but ranking is what everyone does, so I play along. Why? So I don’t have to come up with an idea for a new article. Oh yeah, don’t let the others fool you, this is the time we all check out and a top-10 list is the easy way to do it. Don’t get me wrong, some albums are worth celebrating. The ones that really did something within this whole music thing. Some really do deserve extra publicity, for they may have been lost in the shuffle or looked over by the masses. In that respect, lists are great. But how big of a difference is there between 6 and 9? I don’t know. But that’s not going to stop me from gathering a group of records that I truly do like more than others, and ranking them like favorite children. So, to the number 11-20 record-kids that I had to kill off, better luck next album.

It’s not their best record, but it was a hell of a return. This trio has been sorely missed, but in their absence, all of the artists who they influenced grew up and released their own records. It’s like they’re competing with their own kids. But damn if this record doesn’t wail. “Bury Our Friends” is ferocious, and while all of their interim projects had their own charms, this record is proof that their strengths are best realized when they’re together. Don’t take so long next time.

Coming from the same world, Sadie Dupuis proved that she wasn’t just a one-album fluke. She’s becoming just as known for her wordsmithing as her melodies, due in large part to her poet past. Add that to her taking on right wingers and supporting establishments that get more girls into rock, and I couldn’t be more of a fanboy.

We may still look at them as the new baby, but Houndmouth are growing up fast. “Sedona” landed at No. 1 on the AAA radio charts, and they’ve been selling out shows from coast to coast. Some of that has to do with their live show, but it’s the strength of the songs that get the people in the door. The oddball character stories weaved throughout the record give them a songwriting slant that isn’t found elsewhere in music today, at once recalling John Prine and Nick Cave. The stakes are high from here on out. No pressure though, right?

Hey kids, check out the new sounds of 2015. Joanie may be performing in a very old tradition, but it just sounds so fresh when she does it. If the kids still want folk, this is the kind they should be listening to. It’s real, from a real place, and without all of the clockwork. These are the type of songs that stick around. My only gripe with all of the press and accolades is that there isn’t enough. Find a comfortable spot, put it on the hi-fi, and get lost staring off into the distance.

6. Courtney Barnett — “Sometimes I Sit and Think and Sometimes I Just Sit”

I flipped this record over and over and found a different album every time. Barnett’s clever wordplay can change the story depending which part you concentrate on, with each song veering between absurd or forlorn, hysterical or cautionary. Musically everyone likes to call back to Nirvana, but listen closely to hear the Dandy Warhols’ influence, which makes it all the more fun for me. I am worried if she can sustain everyone’s attention with such a unique style, but enjoying it in the meantime. Who knows, maybe she’ll surprise us again the same way she did with that debut. One can hope.

I’ll have my top 5 the week after next. You’ll just have to hold your breath until then.