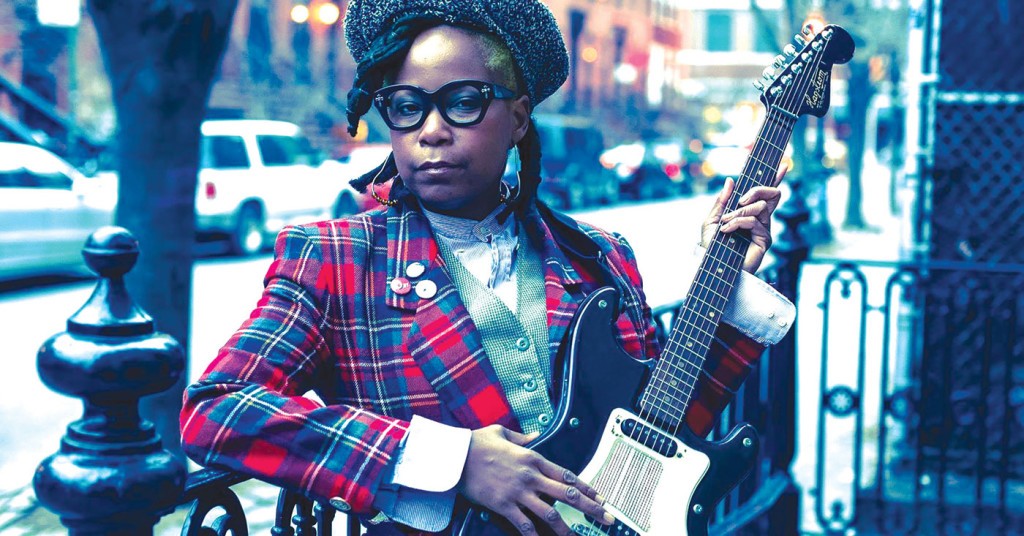 Carolyn “Honeychild” Coleman is a musician of many phases. Kentucky-born and Brooklyn-bound, Coleman started her music career playing underground in the subways of New York City. During this time — the mid-’90s — NYC was exactly where she wanted to be. These acoustic shows would attract the right crowd, but the truth was her scene wasn’t there. Eventually Coleman and three fellow badass women organized the first Sista Grrrl Riot on Valentine’s Day, 1997, unloading a one-night showcase for and by black women playing music. The Riots created an alternative space to Riot Grrrl that wasn’t there before. Today its founding members keep the aesthetic alive through their music projects and bands that they front.

Coleman, who currently performs as DEM, will grace Dreamland on Tuesday, Dec. 22 with a solo electronics set.

Since her last Louisville show was nearly 10 years ago, LEO had to catch up with Coleman on the phone. She had just finished a round of shows in Paris, saying in a text, “The vibes are a bit heavy. People are trying not to live in fear and have somewhat of a normal life.”

Besides her current home in Brooklyn, Louisville is her native city. Her plans are to book shows around the Midwest, and in Southeastern states, which is somewhat familiar territory for Coleman, having played bass for six years in the Raleigh-based shoegaze band Apollo Heights. But, this is the first time in a long time that she’s booking outside of New York to play where she hasn’t been in a while.

Growing up in Okolona, Coleman lived with her parents and five younger brothers. As a young adult, she was immersed in visual art. At night she would go out and dance to DJs, but she wasn’t aware of any local bands or music scene at the time. Feeling isolated from other artists and people of color like herself, Coleman aspired to find a new life in New York City.

“All the music, fashion and films that I loved — everything was happening in New York at the time,” Coleman says.

Enrolled at Parsons School of Design in NYC, she moved and never looked back. Along that journey, she learned to DJ and picked up new instruments, notably a mountain dulcimer assigned to her by a friend: “Rich Salmon, I met him when I played in the subway. He picked up a mountain dulcimer and decided that it reminded him of me and that he thought I’d like it. So, he loaned it to me for two weeks and I fell in love with it.”

After this discovery, she immediately ordered an electric dulcimer from her local guitar shop. The pair was right — a Kentucky girl and a Kentucky instrument in a strange land. She played it primarily during her time with the free-jazz group Burnt Sugar the Arkestra Chamber. This and other early collaborations, such as with DJ Olive, godfather of the illbient electronics overtaking Williamsburg, fostered her experimental blending of musical styles. As DEM, she honors her roots, pairing folk and “electrified bluegrass” with electro-beats and live loops. She exhales a collage of past influences with vocals ranging from lovers rock reggae to somewhere between “PJ Harvey and Bjork.” Each project is a new aspect of herself. It’s through the hypnotizing quality of her voice and song style that Coleman makes music her own.

In 2008 she released “Halo Inside (Come La Luna),” an album that captures the best of those aforementioned qualities. Her previous album “Bereket Window” is another humble effort, its leading title track driven by quick rhythmic stanzas and a dreamy chorus about living life “hotel style.”

Now that she’s 48, Coleman may look back on a prolific output of music and art through the years. She’s appeared in the documentary “Afropunk,” while her music has made it into independent films and art exhibitions. In addition to DEM, she currently plays bass in the post-punk trio Bachslider and regularly DJs under the name SugarfreeBK. Her new electronic punk project project, GKA, premieres next year with a single addressing police brutality titled “Blue Silence.” It will be featured on the Black Rock Coalition 30th Anniversary Compilation, celebrating its work in the black music community. And on Valentine’s Day, there’s the 19th anniversary of that very first Sista Grrl blowout. But first, the unrivaled Honeychild Coleman returns next week for a rare hometown performance — don’t miss out.