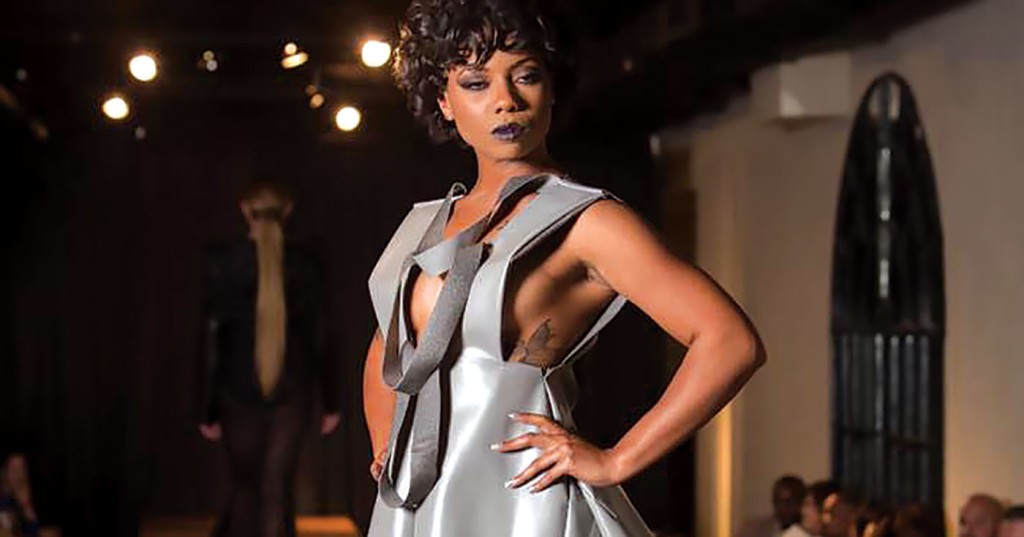 Tiye Gardner is a broadcasting and Spanish double major at Western Kentucky University, but this weekend she’s letting her passion out, and her love of fashion and design will be on display as the Tim Faulkner Gallery hosts her Black Lives Matter Fashion Show.

“I want to be a reporter,” said Gardner. “I feel like my job is to give the people information, to keep information circulating.” Though the 18-year-old freshman considered a minor in fashion, she felt that she needed to stay focused on her majors. She still wants to mix her love of fashion and activism with her calling to help keep people informed: “I wanted to keep that awareness of Black Lives Matter, so people don’t fall off and forget about all the people we’ve lost, or the fight that we’re going through. (This is) my way of doing that, with a fashion show.”

The Black Lives Matter Fashion Show is Gardner’s second fashion show/social issue mash up. Last year she combined fashion and activism to start a conversation about bullying, in an event at Nulu’s Green Building.

For this year’s show, Gardner reached out to two other designers, Frances Lewis and Kara Mason. Lewis is the owner of Ann DeEvelyn Clothing Company, and her designs have been featured at KMAC Couture. Kara Mason is a Lexington-based designer. The show will also feature clothing from Raeshonda Johnson, creator of the website and boutique All is Fair in Love and Fashion. According to Johnson’s website, “Her goal is to educate, edify and empower women on a global scale. She lives by the motto ‘You are not defined by your flaws, you are matured by them.’ Her blend of fashion and self love has garnered over 200,000 likes for her Facebook page.”

Hip hop artist Brxtn will add music to the event. An up and coming Louisville talent, Brxtn has a smooth flow, danceable beats and lyrics with heart. Rounding out the talent with be poet and speaker Taylor Little, who will present work that speaks to and about the Black Lives Matter movement.

In addition to highlighting her fashion and political sense, Gardner want to highlight the local scene: “I wanted it to be very community based. I wanted to use make up artists and hair stylists from Louisville. I wanted the community to see we have this talent.”

The Black Lives Matter movement has become a constant fixture in the news in the last two years, as multiple videos have surfaced online which movement members say proves the inherent racism in elements of our society, with special focus on police brutality. Gardner say the movement owes much of it’s momentum to changing technology.

“It’s something that’s more prevalent in the social media and media because everyone has cell phones now. If something goes down, people are able to record it and put it out there to the world on the Internet,” said Gardner.

While music and fashion may seem like a lighthearted way to draw attention to a movement birthed from violence against people of color, Gardner isn’t going to let attendees forget: “Keep fighting. Remember these people that we’re losing people through hate crimes or police brutality.”