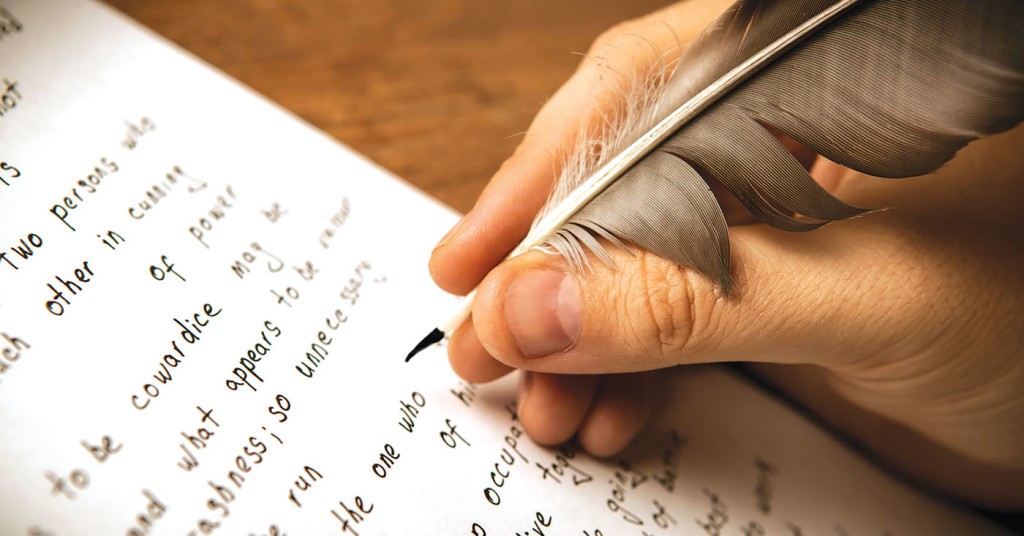 The Writer’s Block, Louisville’s home grown festival of writing, reading and print, returns for its fifth year this weekend. It comes with a Pulitzer Prize winner, a venue change and a fight to the death — metaphorically speaking.

The festival kicks off Friday night with the InKY reading series at the Bard’s Town. Louisville word nerds may remember the 11-year-old reading series as one of the precursors to Writer’s Block, both of which are run by the nonprofit Louisville Literary Arts. Fiction writers Danielle Dutton and Lee Martin are the featured readers for this InKY installment. Martin was a Pulitzer finalist in 2006 for his book “The Bright Forever.”

Saturday, the festival will settle into its new home in Portland. The past four years, readings, workshops and panel discussions were strung out all over Market Street. This year, all Saturday activities will be held at single location: the Tim Faulkner Gallery.

Kimberly Crum, one of the festival organizers and Louisville Literary Arts board president, spoke with LEO about the change. “It’s the energy of these festivals that makes them fun, and the energy occurs because people are mingling. That’s what we hoped to accomplish with this switch.”

The energy of Tim Faulkner can’t be denied, especially when it’s full of people who are excited about art. The size of TF will allow Writer’s Block to expand its offerings, adding a print and resource fair featuring small presses, anthologies, literary journals, organizations that teach writing, university programs and a table from the Louisville Free Public Library.

Attendees on Saturday can see a host of fiction and poetry writers discussing their craft in panel discussions. Readings stretch out through the day, culminating in the keynote by Pulitzer Prize winner Adam Johnson.

“The Writer’s Day Job” focuses on strategies to pay the bills while you wait for your book to hit the bestseller list. “Creative Collisions” explores what happens when writers collaborate. “Writing as Witness” looks at writing as a tool for social change.

The print and resource fair, panels, readings and keynote are free and open to the public. Writer’s Block also offers five craft workshops: Lee Martin’s “Everyone Has a Story to Tell;” Danielle Dutton’s “Dwelling in Uncertainty,” a consideration of how not knowing where work is going can be valuable to an artist; Marcus Wicker’s “Nonconventional Forms in Poetry;” hometown hero and fantasy author Kelly Creagh’s  “People, Places, and Beings,” a consideration of how to keep readers hooked beginning to end; and Steve Moulds’ “Beyond Banter: Dialogue as Storytelling.”

After a full day of reading, listening, and writing festival attendees may be ready to grab a drink, relax and have a laugh. Enter Literary Death Match.“It’s a spirited, raucous literary competition,” said Crum. “People who are very serious and solemn about literature do not appreciate this particular event.”

To learn more we reached out to Adrian Todd Zuniga, Death Match’s creator and host. He talked about how literature has to keep growing: “There needs to be that colossal leap within the literary world. Something that puts books alongside all other culture and says, ‘This is amazing. Now put that other thing down — iPad, smartphone, remote control, — and read this, instead.”

Death Match takes four writers and pits them against each other in three rounds of single elimination competition, to be judged by a panel of local celebrities. In preliminary rounds, writers are given seven minutes to read and perform their work. The judges and Zuniga then comment and eliminate two of the four contestants. For the final round the writers play a variety of games to decide who is the winner. That’s where the charades and silly string might come in.

Since its premiere in 2006, Death Match has been all over the world. Louisville will be its 59th city. When asked if he likes bourbon and horse races, Zuniga replied, “I do, like any sensible American.” You too can bourbon it up at Death Match; its chosen arena is Haymarket Whiskey Bar.

For more detailed listing of events, and to pre-register for workshops, check out the website at louisvilleliteraryarts.org.