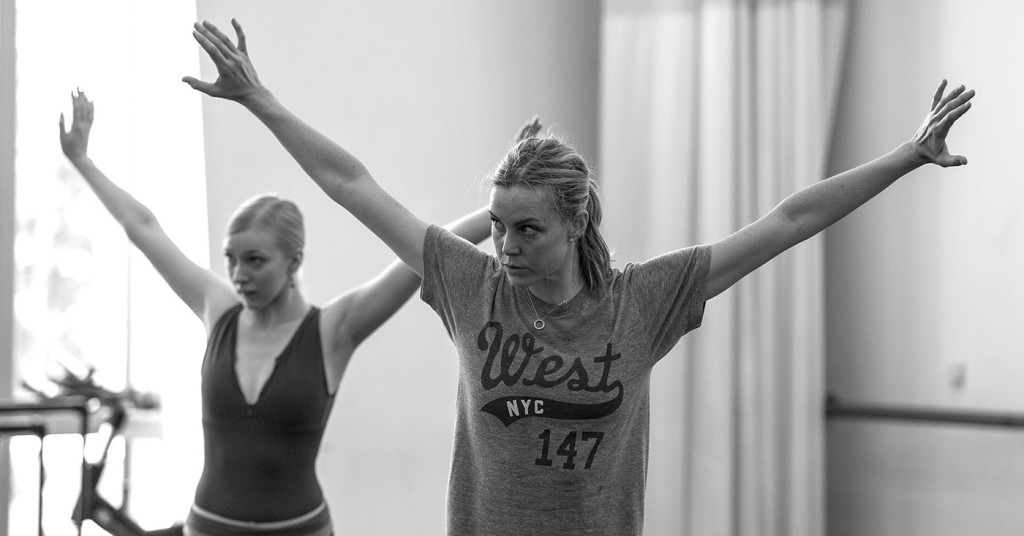 Every fall the Louisville Ballet presents their in-studio performance, Choreographers’ Showcase. It’s a chance for company members to grow their talents and for audiences to see the dancers in a more intimate space. This year each choreographer is paired with a local musician, including Daniel Gilliam, Kyle James Hauser, Tim Barnes and Ben Sollee. In addition to choreographers from the Louisville Ballet, Artistic Director Robert Curran also invited Los Angeles-based South African born choreographer Andrea Schermoly, who took a few moments to chat with LEO.

LEO: How did you get hooked up with Louisville Ballet?

AS: My movement style, it’s contemporary ballet. It waxes and wanes between being more balletic and more contemporary. For this particular program I’d say it’s more contemporary. It’s flat shoes, not point shoes. It’s pretty dynamic — I like flow. I’m into having intention behind movement, rather than what it looks like. I like dynamic energy; I’m not a big static pose creator. I like movement to wash across the stage with the feeling of a push and a pull. It’s pretty active.

LEO: Can you tell us a little about it?

AS: My theme has been the idea of being mentally disturbed. I’ve had my own experiences with family members and people in my life who are unwell mentally. What drives that? It’s deriving from feelings of PTSD and how panic surges up and down.

LEO: How many dancers are you using?

LEO: What is your process working with Tim Barnes?

AS: So great. We share similar ideas on abstraction, and trying to do wacky things, He’s very non-conformist, and on his own train of musical exploration with soundscape. The things that he thinks of, and then records and uses as sounds, are so cool. This is the first time I’ve used music like this before. It’s less melodic, but there’s a lot of space, and his music has pushed me to do something different, which is awesome. And he’s awesome. He’s very particular too. He’s picky like me. I think we speak the same language, so that’s nice.

LEO: What is the difference between contemporary ballet and modern dance?

AS: This discussion goes on and on between people. The historians give their version, the dancers know their version. Contemporary is the next [thing after] modern. Whatever is going on now. The ballet training, and the modern training still come into it, and those are performed in their own right in different companies, but then contemporary is this idea of mash it all together, and people come up with their own specific styles.

LEO: What choreographers inspire you?

AS: So many. The top of my list is Jaria Kylian. I was obsessed with him since I was a kid.  Mats Ek has always been a favorite. Ohad Maharin. Paul Lightfoot.

LEO: Do you currently have any favorite guilty pleasure music?

AS: Oh my gosh. This is so funny, my boyfriend is a musician, so we are always talking music. I have to think. Because like, the guilty pleasure ones are the ones I would never admit to.

AS: I think Pink is something like a guilty pleasure. Yeah. Also, It’s not guilty at all because she’s amazing, but my all time favorite musician is Michael Jackson.