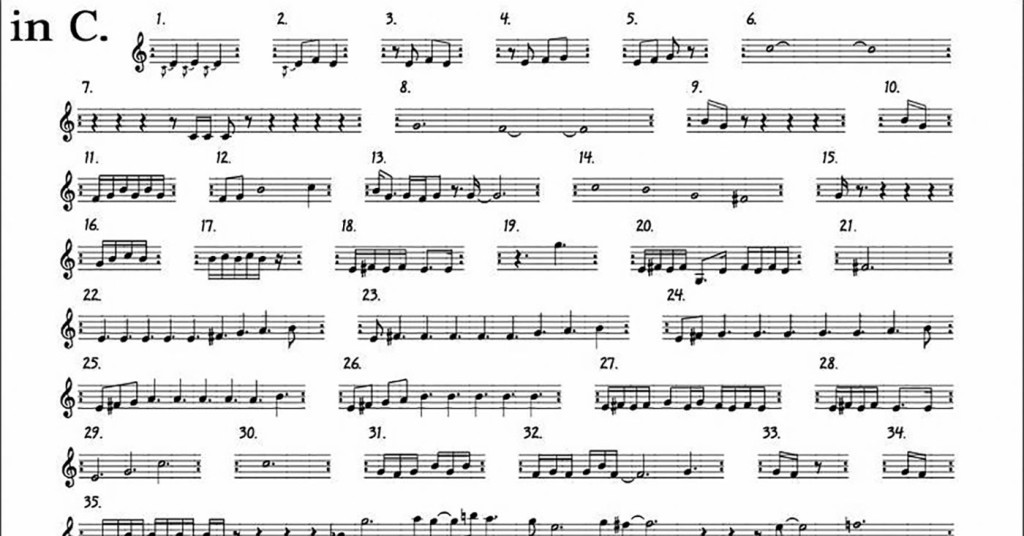 This Thanksgiving Eve, auralgamiSOUNDS is hosting a special evening of music focused on minimalist composition. Headlining the evening is an ensemble performance of Terry Riley’s classic “In C,” which, as advertised, is structured around one particular key that shifts and moves at a glacial pace, all within a very specific tonal structure, evolving with each addition and subtraction into a trance-like drone. Label co-founder JC Denison has coordinated the event, which sees a who’s who of Louisville musicians performing the piece, as well as a one-off rendition of the Steve Reich piece “Pendulum Music,” and a public screening of the documentary “Philip Glass — Einstein on the Beach: The Changing Image of Opera.”

Denison has nothing but the highest of praise for the work: “Terry Riley’s ‘In C’ is not only masterful in its composition, but also in how he created something that can be played over 50 years after its composition by all sorts of ensembles all over the world. It will hold up for generations because of its precise yet aleatoric nature. This marks the third time now, so hopefully it’s becoming a tradition.”

A number of the key players in the ensemble are known for their contributions to punk and indie music, making for what may seem to be an awkward pairing between the musicians and the piece performed, but Denison doesn’t see that as the case.

“Riley, along with his minimalist counterparts La Monte Young, Steve Reich, and Philip Glass, as well as several other composers and visual artists of the time, were punks of the highest order,” Denison says. “In the early ‘60s, they offered a tonal solution to an academic music that had steeped itself in atonalism and dodecaphonism (the 12-tone technique). To me, the very definition of ‘punk’ is creating some art or system that stands in direct contrast to whatever the current zeitgeist is.”

He continues, adding, “As far as its relationship to Louisville music, Ut Gret has been performing ‘In C’ for years. There’s a huge punk/indie community here, and at least from where I’m standing, there’s an incredible crossover with jazz and classical/avant garde musicians.”

Preceding “In C” is the classic Steve Reich composition “Pendulum Music.” Denison sees it as a logical inclusion and explains: “Two to four microphones are suspended above corresponding speakers and then swung, like pendulums, at such a height that with each pass of each microphone over its corresponding speaker, the tones and bleeps and bloops all occur at different times and in quicker succession based on the several different microphones swinging at different paces. Finally, they come to rest and there is a glorious hum. Also, Steve Reich played the pulse in the very first performance of ‘In C’ and is said to have suggested the idea for the pulse. Whether he came up with it or not, he certainly took the idea and ran with it in pieces like ‘Music for 18 Musicians.’”

He admits that he wants “to be involved with curating and/or performing all kinds of 20th century music. It is important to keep these traditions alive. Even if I can’t play a lot of the music, I have a strong desire to put people in the same room who can.”

It makes sense then that auralgamiSOUNDS, the label that Denison co-founded with Matt Dodds, “seek[s] to curate, book and facilitate shows, concerts, happenings, whatever, just as much as we seek to commit wonderful music to tape and vinyl. I have a wild fantasy to re-release a lot of the lesser-known music from the minimalist canon on cassette tape to open it up to a whole different audience. We’ll see.”

If it all pans out, Denison hopes that this is the beginning of a series of small ensemble pieces featuring local acts.

“The idea behind this series is that we are pairing two Louisville composers/musicians/writers with each other for each release,” Denison says. “The pair will write and record separate pieces of music for a small chamber ensemble (‘small’ and ‘chamber’ to be determined by the composers), and, ideally, work together in figuring out mutual instrumentation and recording ideas. auralgamiSOUNDS plans to help facilitate the curation, recording and performance of these works. Artwork will be similar from release to release as to create a shared and growing larger body of work. The planned formats now are split cassette and digital downloads. A few of the planned pairings include: Furnish/Wood, Short/Gotlib, Mize/Moore, and Von/Waters.”