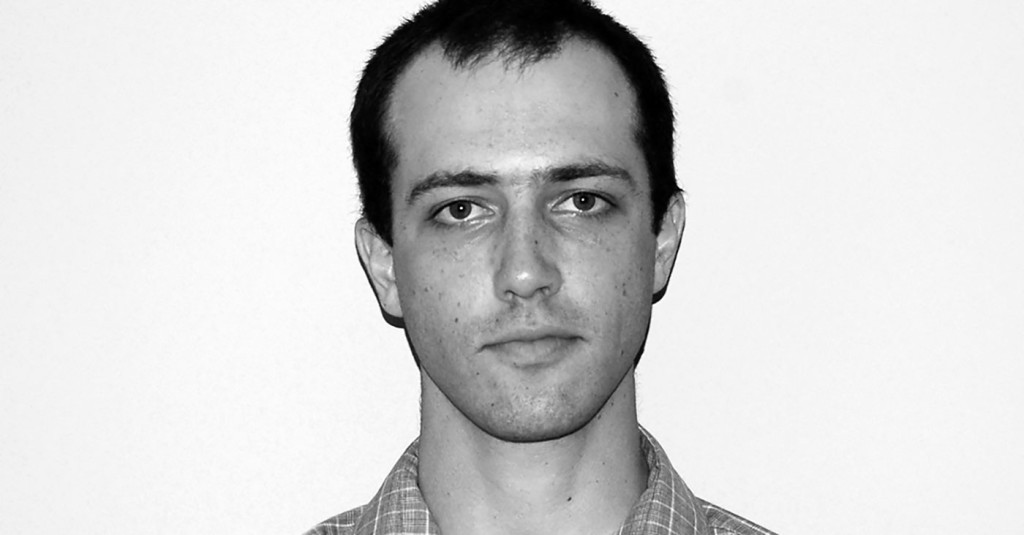 Stephen George was editor-in-chief at LEO from 2007 to 2010, but before that he was also a part-time contributor, staff writer, news editor and city editor. No matter the position, he always had his watchdog eye on city hall and Metro Louisville politics. Now he is the executive editor at WFPL, Louisville’s NPR station.

Stephen George: I was in college, working odd jobs trying to get a job as a writer. I was very briefly doing demolition work for this guy who was a plaster artisan. He used to do all this kind of historic plaster art in mansions and houses. But then I started at LEO.

LEO: Hold up, demolition, as in explosives, or like sledgehammer demolition?

SG: Like scraping 70 years worth of wallpaper off a wall. Horrible, horrible stuff. So it made doing six pages of Plugged In every week seem easy.

LEO: As someone who does Plugged In now, six pages sounds insane.

SG: It was pre-Internet, so it was a weird transition period where people still relied heavily on stuff like Plugged In because it was before social media and things like Do502 and web calendars. It was even before Craigslist, so we still had this super huge backlist filled with all sorts of weird stuff.

LEO: So aside from the intensive labor you had to endure putting together those listings, what was the most impactful piece you did for the LEO?

SG: I had a few because I used to do a lot of hard news and a lot of ‘What’s our city about?’ or ‘What are the challenges we face?’ sort of thing. And I did this one called ‘Share the Road,’ where I gave up my car for a month and tried to go to every part of the city without a car and wrote about the city’s problems with public transit. So that was a pretty novel approach and I hoped it would tell people something they didn’t know, which was our public transit system was terrible. I learned a lot about how hard it is for people to get around this city without a car. And it got a pretty large response, I had a ton of people come up to talk with me about it for months.

LEO: I can only imagine how frustrating it was living in this city without a car.

SG: The times that were the most difficult were when you would try to get from West Louisville to someplace like Dupont for a doctor’s appointment or whatever. There are all these complications where the bus would stop here, and you’d have to grab another connection here, or you have to walk the rest of the way because the bus only goes so far, and if it was raining outside you could see how difficult it could be. And I got a lot of people who had to deal with that saying, ‘Thank you, thank you for taking this approach.’

LEO: Do you think you could take the same novel approach to a story in today’s journalism environment?

SG: I don’t know. It has certainly changed a lot. The sense of urgency now is much greater than it was when I started. […] The pressure that the Internet has put on smaller newsrooms to get out more, more quickly, has created this balance of trying to feed the beast but also finding the time to dedicate yourself to longer, more in-depth pieces because that’s what people seem to respond to more. So that’s a big change because when I was at LEO, I had a weekly deadline and I would write these 6,000-word pieces and write a cover story a month.

LEO: What were some of the other more memorable pieces you wrote for LEO?

SG: One that just popped in my head was a story I wrote about Park DuValle, when they got a Hope VI grant from the federal government to tear down the projects that were there and replace them with Park DuValle and mixed-income housing. So I did a story asking if this was the future of public housing in Louisville. And it sort of turned out that it was. The city has continued this effort to get rid of warehouse-style, barracks-style public housing that cropped up in the ’50s and replace it with these sort of places where people can buy a house for $100,000 and next door can be someone in public housing.

LEO: Any favorite vocal opponents or political enemies during your time at the LEO?

SG: Oh, it was Velocity for sure! I mean, we were like bitter enemies. And I’m actually friends with some of those guys now, and we both kind of look back on it now and laugh because it was pretty funny. But at the time, it was clear that the Courier-Journal was really trying to cut into our market, and so we felt pretty defensive about that. It was a pretty spirited rivalry for sure.

LEO: How did you all respond to the Courier-Journal doing that?

SG: One thing we did was a ‘Gannett Watch’ on the City Strobe page. It was just a little box with a 100 words where we would just talk about some of the various horrible things that Gannett management would do to our various friends at the Courier-Journal. So we used to do that, and that was a pretty direct statement.

LEO: I also heard you were around during the infamous Anne Northup press conference?

SG: Yeah, the Anne Northup conference was pretty amazing. I mean, that whole campaign was surreal. I remember she hired a security guard to photocopy our archives so that she could try and use John [Yarmuth’s] comments against him. […] But I think it was embarrassing for her, and it was a moment where we all got pulled into the conversation. So much of it was targeted at LEO, and how bad LEO is and how immoral it is. She really got a kick out of that.

I remember I did a column where I criticized her and she responded by sending out a campaign mailer with my name on it, LEO’s logo and an excerpt of what I wrote, but it was really bizarre because it didn’t even mention John in it. So next week I wrote a column challenging her to a public debate but she backed down from it. It was honestly the weirdest thing I’ve ever had happen in my life. But something I learned from all that was that LEO was able to be involved very directly in the political conversation.