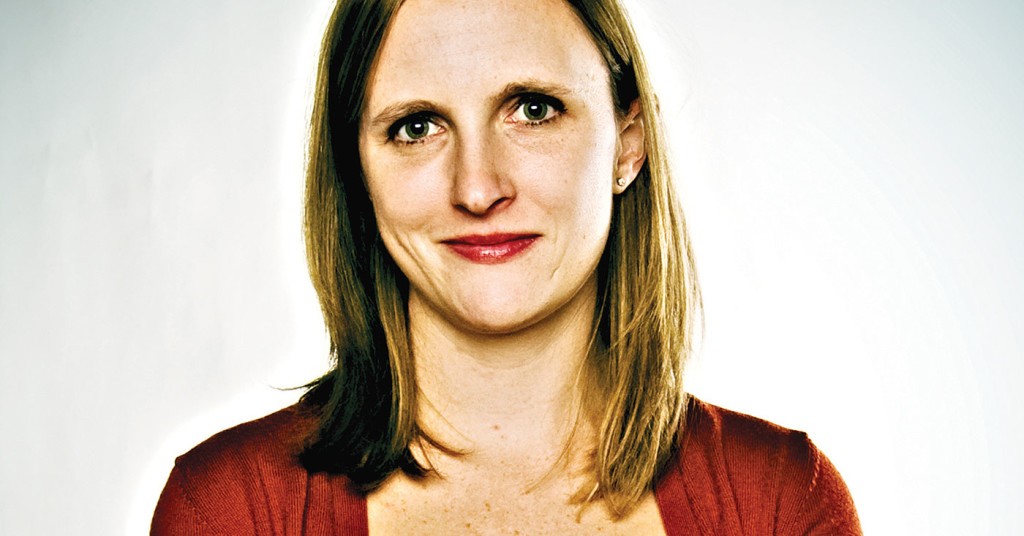 Sarah Kelley started at LEO in 2008 as news editor and was editor-in-chief from 2009 through 2013. Now she is vice president of content and editorial director at Insider Louisville.

LEO: What were you doing before LEO?

Sarah Kelley: I was a journalist who had moved around to a couple of different cities. But I was a native of Louisville. […] I kept trying to get closer to home because I was hoping that someday I could get a job doing what I love in Louisville. And over the years while I was out of town, I kept in touch with people at LEO, like Stephen George. So luckily that paid off, eventually, and I got a job at LEO and was able to move back here.

LEO: Did you know the LEO staff from freelancing?

SK: No, I just knew them from me being persistent. […] Honestly there were only a few journalism jobs in this city that I would have wanted, and it just so happens that LEO was at the top of the list. So, over the years, we would meet for coffee while I was in town, and we kind of hit it off, I would say. It wasn’t like I was constantly trying to land an interview, it was more of a friendly keeping up with each other. So I was only kind of a stalker.

LEO: What was the most impactful piece you wrote for LEO?

SK: I kind of felt weird picking one of my own, but I did. I thought it was a good representation of that kind of impactful story that many LEO writers have done over the years. I did a story on the murder of Amanda Ross, but I did a lot of work trying to report with a bigger picture in mind. I followed it a bit deeper than the other media covering the story and I tried to make it a bigger story about domestic violence in general. I don’t think it necessarily affected any change, but it was intended to shed light on a subject that people don’t realize is happening to all different types of people. And afterward her mother even reached out to me, which was pretty reassuring.

LEO: Did you do a lot of serious reporting while you were at the LEO?

SK: I’m kind of a debbie downer with my reporting. My reporting before I came to LEO was strictly news, so often times my reporting was focused on criminal justice or social justice. […] I also did a lot of reporting on the death penalty, and you’re probably not going to effect change and overturn the death penalty with a story, but ideally the more people you inform about the issue, the better. […] However I will say it was a breath of fresh air whenever I got to report on something else. It’s important to do hard news but sometimes it’s real easy to get bogged down by something you’re reporting on.

LEO: Well on a lighter note, do you have any favorite enemies or vocal opponents from your time at LEO?

SK: [Laughs] Pretty much every day we would look at the Inbox and find someone upset with us. But ideally if we were doing our jobs right we were pissing somebody off. I will say, and I won’t name this group, but we did run a cover story once and we got word that this group was going to all of the LEO newsstands and emptying them out into the trash. So we took it upon ourselves to go to this organization’s office and confront them about it, so that was gratifying.

But also whenever a public official would react publicly, whether that be the mayor or a council person, I felt like that was a job well done. Those are the people that need to be paying attention.

We also did an issue every year called ‘Loserville’ which really, really rubbed people the wrong way. And surprisingly even people who were fans of LEO for some reason took great offense. They always thought we were being too negative which wasn’t the case.

Oh, and the fake issue. It also really made people irate. I always thought it was funny because people would criticize us for trying to rip off The Onion, so apparently The Onion has the market cornered on satire. It was always one of the hardest issues to pull off workload-wise, but it was by far the most fun.

LEO: Do you have any favorite fake issue joke articles?

SK: There were so many. There were many masters of the fake issue but Jim Welp was phenomenal. One of the funniest ones though, and it was something completely ridiculous, was a joke about a panda at the zoo getting an abortion. I mean, thinking back on it, I still think it’s hilarious but, needless to say, it caused quite a little firestorm.

SK: When people think of LEO they think of snarky writing, but there’s much more to it than that, and there’s something much more important happening than being irreverent for the sake of it. Being at LEO, I guess I learned to call a spade a spade. In reporting, I stopped being overly careful about who I offend in my writing. And I think that’s part of the problem with journalism in general. We expect objectivity all of the time, and it’s kind of a myth. It’s kind of impossible for a journalist to do the job in a vacuum and not be affected by things and not have opinions. So when I was at LEO I had the freedom to come into that and to work under those kind of looser guidelines when it comes to being honest. And even though I’m not at an alt-weekly that lesson has stuck with me.

LEO: What do you think of the state of journalism now?

SK: You know a lot of things have changed, but at the end of the day good journalism is good journalism. It’s coming at you way faster and in many different formats, but if you can just strip that down, it’s either a good story and it’s worthwhile or it’s not. There’s so much more to wade through, and so much of it is garbage, but there are still good journalists out there producing good work.

LEO: Any other memorable moments you can think of?

SK: So many memorable moments. But too many for one article.