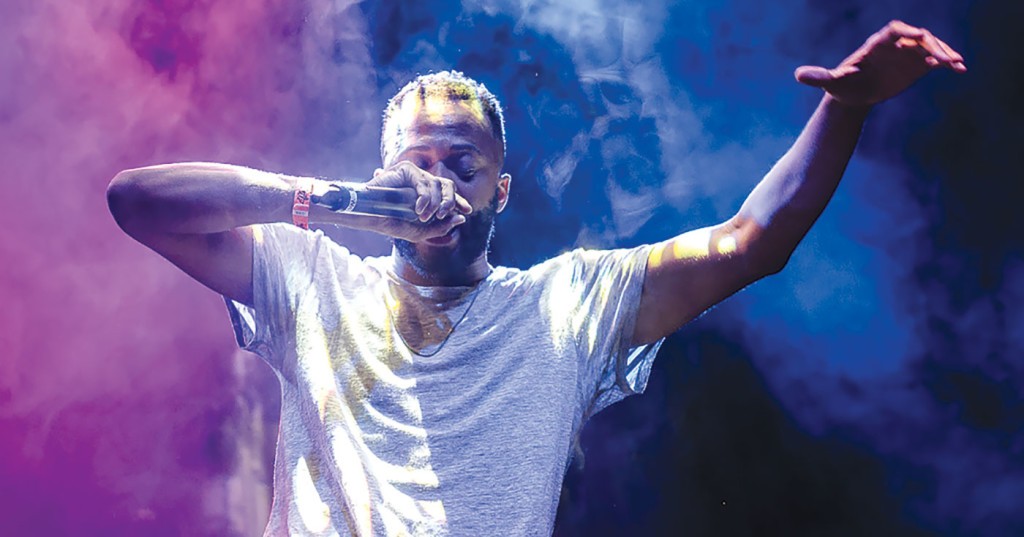 Lamar Kendrick is a busy man. An emcee by the name of Kogan Dumb, he maintains a fine balance between high quality and quantity, with a string of singles, albums, guest spots and video work. Known for his work as part of the incredible Bird Zoo, over the last few years, Kendrick has branched out with a series of EPs, culminating in the recently-released “38 Bucks Club,” the finale to a loose triad of music. Here, Kendrick explores themes of class in the never-ending struggle to balance personal interests  — in this instance, his art — with an ever-increasing laundry list of responsibilities. It’s this perseverance that makes Kendrick so incredibly relatable, which shines through on all of his work.

He has a pragmatic perspective on his output: “The only thing I do is focus on the weird details of things I see. I describe them to people in a way where I’m bringing you down the rabbit hole of my life. I confuse a lot of people with my word play, but I don’t make my music for close-minded people who don’t think in color.”

That is certainly applied in his recent release.

“‘38 Bucks Club’ is a mindset,” he says. “The one thing I love is that as soon as people hear the name of the project, it sparks interest and confusion. The name came from me thinking about the popular brand Billionaire Boys Club. I figured I’m never going to be a billionaire, so I need a club for me and my peoples. With my trilogy, I feel I have come with the most abstract and creative names and concepts for my projects. So, this is a perfect ending to this year’s run, musically. The first EP, ‘Mussolini’, is produced all by me, ‘Yen AM Dollar Sign’ has multiple producers, and ‘38 Bucks Club’ is back down to one producer again, Axel Roley.”

To say that Kendrick has an air of confidence about him is an understatement, though understandable given the level of  his work. Of his own evolution as an artist, he believes, “I am such a totally different monster than when I started. I have evolved to a point in my city I don’t feel like I can be touched. As an emcee, I have completely found my own lane as a writer, and performer. I dare artists to share the stage with me now. As a producer and filmmaker, I have been learning from people that are better than me at both. So I tell those people all the time, I’m learning all I can to be better than them one day. I’m just so much more intense on my craft. I want to win badly now, but that requires time.”

As such, Kendrick believes that being an artist is more than just releasing new music, but is about overall exposure. As to his recent spate of material, he explains, “I feel like I have been up to everything. Out here in the city, building with people. The music comes first in a sense because, if you’re a rapper, you kind of need songs out. But I’m way more than a rapper, so I’ve been running laps around the city, making sure my name is good in the streets, while learning new skills that complement my existing skill set.”

He continues, adding, “It’s all about who you know. You can have all the talent in the world, but if you don’t know the right people, you’re not going to shine and get discovered. Only gems I can drop is to get out and network with the right people. Work at your craft and make sure you have something to offer that no one else can.”

And an artist he is. He employs his talent for cinematography as a filmmaker with a string of short films pertinent to the local hip-hop community and beyond. As a contributor at the magazine BLK JAW, Kendrick plies his trade as an artist in an effort to revitalize the format. Regarding the vibe and format of the magazine, he concedes, “I feel like nothing can beat holding something in your hands some times. I feel our printed material is classic collector’s type stuff. Our audience is going to be geared toward whatever the issue is about. Like our last issue was about the hip-hop scene. So our release was geared towards the hip-hop crowd. If/when we do a rock issue that will be our audience. We want to be with the people out and involved with the culture.”

You can pick up the “38 Bucks Club” via his bandcamp (http://kogandumb.bandcamp.com)