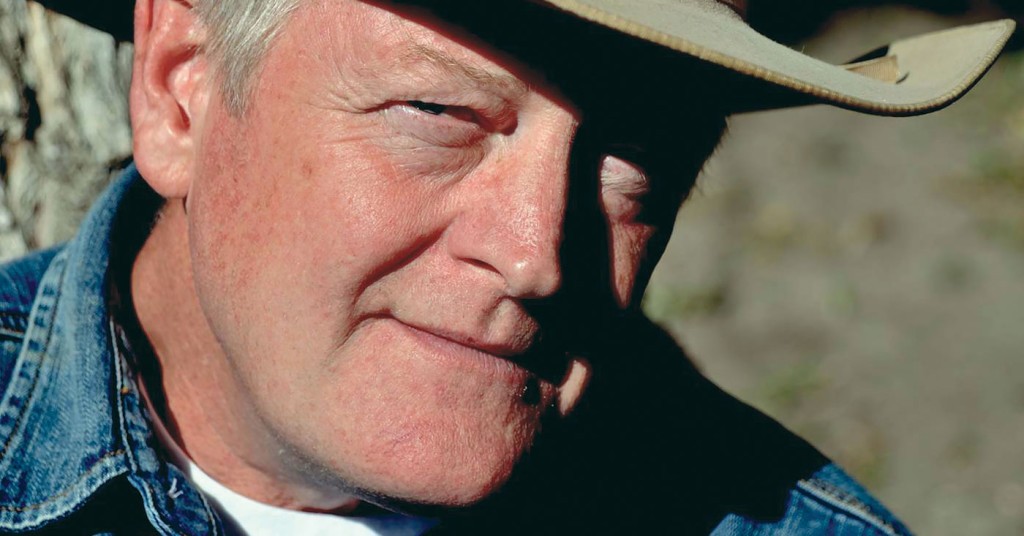 Craig Johnson is about to leave his little Wyoming town (population 25) for another reading/signing tour. It could also be considered a victory lap: Last week Netflix announced there’ll be another season of episodes for “Longmire” — the adaptation of Johnson’s series of modern Western mysteries.

It’s not a new series novel that brings the author to Louisville Free Public Library Thursday evening. For a lesser writer, new story collection “Wait for Signs” might simply be a romp strictly for the established fanbase — and, true to that pattern, the genesis of these stories is an annual holiday-season gift from Johnson to his email list, wherein he wrote new material fleshing out the characters and culture in the world of Sheriff Walt Longmire. Sweetening the package is a new, gently comic tale, as well as a sharply written intro by actor Lou Diamond Philips.

LEO recently spoke with Johnson, and found him gregarious but with the same deep strain of humility that’s found in Sheriff Longmire. However, the author’s roots are back east — and his literary background has never been limited to obvious influences like Hillerman. Instead, Johnson recalls, “I just read everything … we had stacks of books everywhere when I was growing up. My idea of hell is to be caught somewhere without a book.”

“But when you look at it, ‘Les Miserables’ is a thriller. ‘To Kill a Mockingbird’ is a mystery. You can break those down and start using genres too easily.”

LEO: But you’re writing a Western mystery series — that’s got to be a sweet-spot for audience loyalty.

Craig Johnson: Even if you’re trying to work the borders of a genre, you’re gonna have baggage. And with what I do, I’ve got baggage from two different genres. You have a strong reading audience that really gets behind what you’re doing. But you’ve got a high-context kind of relationship with those people, because they come in with pre-conceived notions of what a Western is or what a mystery is. The trick is not to be encapsulated by just doing the stereotypes over and over. The opportunity is [for] a relationship with those people, like ‘You all know this information, all these clichés,’ and then to work against them. To utilize them in a different way and use humor, contemporary subjects, social commentary.

LEO: When the characters in your novel series are adapted for another medium, do you find your writing of them is influenced by the on-screen work of actors, directors, et cetera?

CJ: I was writing the books for seven years before Warner Bros. came along. And so the characters were pretty well solidified in my head before the TV show arrived.

That doesn’t mean that having Hollywood get hold of your stuff doesn’t become kind of weird. People always ask, ‘What’s it like to have your characters suddenly come to life?’ The only way I can describe it is it’s kind of like having your favorite coffee mug, that you’ve been drinking out of for seven years — then all of a sudden you come down one morning and it starts talking to you. It’s really kinda weird.