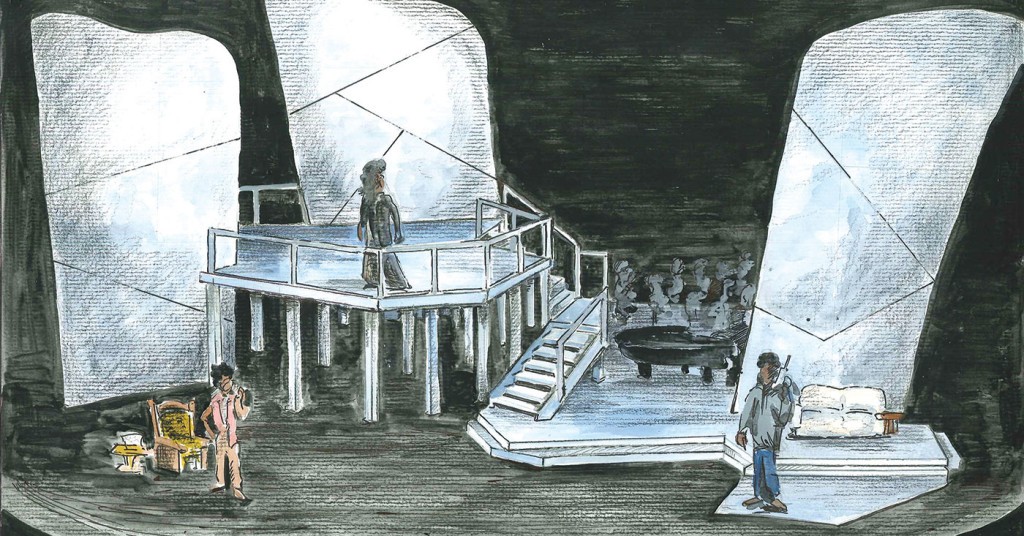 Opera fans are naturally interested in new operas succeeding. They’re interested in the growth of new composers who could possibly add to the repertoire of their favorite musical form. And they don’t mind paying for the production and premieres of new operas as part of their expensive season ticket packages. But the operas they really, really wish to hear are the grand old favorites from the grand old masters — Verdi, Mozart, Puccini — the Grand Opera Top 20 playlist, if you will, from a century or more ago.

Opera director Bill Florescu understands completely. Audiences fell in love with opera hearing “La Traviata,” “La Boheme” and “Carmen” — just as he did — and those works remain the beautiful sparks that keep opera burning brightly. The new operas? Not so much.

“A lot of the new work has been very spiky — not easy for audiences to wrap their arms around,” says Florescu, director of the acclaimed Florentine Opera Company in Milwaukee, who will direct the Kentucky Opera’s performance of Jake Heggie’s “Three Decembers” in performances Friday and Sunday at the Brown Theatre.

“If we hit audiences in the gut with ‘La Traviata,’ we want them to be affected in the same way when they return,” Floescu explains. “I think we’ve had new music productions that are too much of an intellectual exercise — and not so much for the heart and soul.”

But this time, with “Three Decembers,” Forescu promises the heart and soul will not be left out. Florescu is stepping in for the late Kentucky Opera Executive Director David Roth, who died unexpectedly in July. He will also be directing “Three Decembers” in March with his own company in Milwaukee.

Roth championed new operas and founded a composers workshop here with the University of Louisville to nurture operatic composition. He also saw a mission for Kentucky Opera in building the careers of young performers. So it is typical of Roth in the way he built the cast for the chamber-sized “Three Decembers.” Roth signed national star Denyce Graves to head the production, with two younger stars, age-appropriate for their roles.

“Three Decembers” takes place on three December dates of 1986, 1996 and 2006 — with the story evolving over the decades. The mother (Graves) is balancing a big-time career, with her children coming to grips with their lives and the family secrets.

The plot sounds promising. But Florescu maintains it is the music that will charm Kentucky Opera audiences.

“This is gorgeous music,” says the director. “Jake Heggie is our most active and successful opera composer. He’s had hits with ‘Dead Men Walking,’ and ‘Moby Dick,’ and just this week is premiering another new work in Dallas — ‘Great Scott,’ with Joyce DiDonato.” Heggie penned “Three Decembers” in 2008, and it’s become an often-performed new opera.

“I’m a former singer, and maybe that means I’m not that deep a guy,” Florescu laughs. “But I have a very easy litmus test. I remember when I was young, working on “Madame Butterfly” and going home every night haunted by those beautiful tunes. And this opera has that for me — like the duet between the children, Bea and Charlie, as they wonder about their lives and what secrets their mother may be keeping from them about their deceased father. I find myself haunted by that duet, as with a duet from Verdi or Puccini.”

The Heggie duet does have a beautiful melody. It begins with daughter Bea remembering her father when she was just 7 years old — the father in his special chair, perhaps a kind of sanctuary for him.

I remember a man in his chair,

Later, Charlie remembers his father suddenly rising from the chair. It’s the night the father died. Hegge, in an interview for “Cal Performances, University of California, Berkley” says the libretto, by Gene Scheer, and the music are carefully constructed with the audience in mind.

“Understandability is very important to me,” says Heggie. “Not at the sacrifice of the musical language, and the music leading it. But if people are up there singing in English I want people in an English-speaking audience to able to understand the lyrics and find the emotions in them.”

While the mystery is the father’s death, long ago, the story, set over three decades, is driven by the outsized character of the mother, Madeline, sung by Graves.

“Denyce is a stage animal — she just inhabits the part,” says Florescu. “At this stage in her career it’s wonderful to see her be so completely committed, and it’s a lesson, too, for all younger performers.”

Graves’ energy, he says, electrifies the trio of characters of “Three Decembers.”

“You don’t get the feeling that, there’s Denyce Graves, and then there’s these other two singers. It works with them all as an ensemble,” says Florescu. “Carlton Ford, playing Charlie, is an important young voice. Nichole Joseph is just as ascendant in her career, and she’s so simpatico on stage. She’s very expressive the way she links her face and emotions with her singing.”

Patrons are invited to attend a preview for “Three Decembers” an hour before performances in the ArtsSpace Building, which adjoins the Brown Theatre.