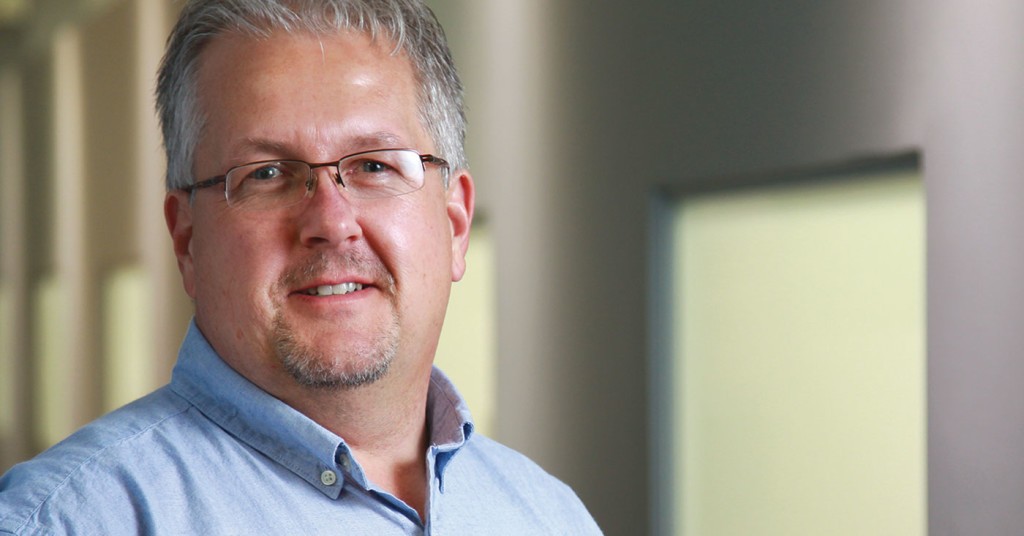 Joseph Grove started out as a freelance movie critic for LEO before he was hired on as an editorial assistant, then a managing editor, and finally a manager of business development. He is now the account director at Bisig Impact Group.

LEO: So I heard you did a little bit of everything at LEO.

Joseph Grove: I did do a little bit of everything. When I started working for the LEO, we still had to cut the stories into little strips and wax them on the paper. People would send their stories in by mail, and I would have to enter them in by hand into this little old Windows/386 computer with a monochrome screen. We’re talking old school. […] And I never worked harder or more hours, many times coming in at eight or nine in the morning, and not leaving until nine or ten at night just editing copy. But there’s a different feel to it. You don’t feel like you’re working; you just feel like you’re doing something important. It’s a different kind of sweat.

JG: It’s a funny story actually. I was in law school at the time, and my then-girlfriend and I got into an argument over a film and she very petulantly said, ‘Well if you think you’re so smart, maybe you ought to be a film critic.’ And about a week or two later I was reading the LEO and John [Yarmuth] had put out a call for a film critic, so I submitted a few writing samples and he gave me a go at it somewhere between my first and second year of law school. I loved it so much I dropped out of law school to stay in journalism.

JG: Only on pay day. No, I was far happier doing that than I would have been had I continued in law, so no regrets at all.

LEO: What was the most impactful piece you ever did for LEO?

JG: I did a three-part profile on Anne Northup when she first ran for office in ’96. It was something I wrote myself, and I didn’t write much; I mostly worked with others. But I thought it was interesting to write, and I think it did have a role in the ’96 election. I truly take credit for her five terms in congress. If it wasn’t for me she would have been a nobody … I do say that facetiously of course.

LEO: It’s interesting you say that because a few of the editors mentioned Anne Northup as their favorite vocal opponent.

JG: Well, that’s one of the great things about John. He gave a regular space to a conservative columnist by the name of Bill Stone. He let me write on conservative issues, and, in fact, he let me operate as a de facto editor of the paper despite having a differing ideological bent. It just shows what an open minded and fair man he is. But he was brilliant with talent in general. He was able to draw in people like Cary Stemle, Michael L. Jones and Michael Lindenberger. If John [Yarmuth] wasn’t the kind of person he was, we would have never had that talent. He is literally one of my favorite people. He changed the entire course of my life, and I am very grateful to him.

LEO: Well, since I’ve mentioned it, I might as well ask you, who was your favorite vocal opponent or LEO enemy?

JG: Oh my gosh, I guess I would have to say David Hoth, who was then an editor at the Courier-Journal, and he was certainly more of a curmudgeon than anything else. He took issue with John quite often, and when David was phased out of his position as editor, I wrote a piece saying that he had been fired. Later I ran into David Hoth at a rally — Bob Dole was in town giving a speech because he was campaigning for president — and David just accosted me at this rally saying, ‘How do you think it felt for my kids to read that I had been fired?’ I was rather speechless; I didn’t know how to confront the guy. But I reminded him that whenever you’re pulled out of a position against your will, that’s sort of the definition itself of being fired. So he was the most memorable, even though I never considered him an enemy although he certainly didn’t consider me a friend.

LEO: So I see you’re out of the journalism racket. Do you ever miss it?

JG: I miss it a lot. I miss the feeling of being dramatically relevant to a community. I miss being in-the-know on so many issues, from being able to interview folks and explore issues. You know it’s a great life. When I started as a movie critic the studios would very often fly in movie critics from different communities and put us up in nice hotels in California. So I went on several movie junkets where studios would put me up at the Beverly Hills Hotel and I would have the opportunity to interview people like Dwight Yoakam, Patrick Stewart and Shelley Long. It was an awesome way to live.

LEO: So with a bit of an outsider’s perspective, what do you think about the state of journalism now compared to then?

JG: I think it has continued to devolve along the lines of pandering to the interests as the audience expresses it as opposed to the editors. And that’s a long  winded way of saying so few journalists are interested in telling the people what they need to know as opposed to what they want to know. There are so many hard stories out there that need to be told and so many news critics, but you just end up with all these crap stories. It’s sad. There are many well-meaning editors and journalists out there who would love to do the kind of hard work that needs to be done, but they don’t have the resources for it. I truly think it’s indicative of a broader cultural spiral downward, chiefly emblematic of that is our failure as a society to support a meaningful, probing, vibrant, acidic journalistic presence. And acidic in a good way to the extent that it burns off that which needs to go and exposes that which needs to be shown.

LEO: Well, I hate to follow up that with this question, but I hear you have a LEO story involving prostitution?

JG: We used to have editorial meetings about stories and I remember very clearly John denied giving money to Carl Brown so that he could hire a hooker for a story. And Carl Brown nearly lept across the table to assassinate the future congressman. Any day you could go home and say, ‘My boss nearly got killed because he wouldn’t hire a hooker for one of my writers,’ that’s an interesting day at work.