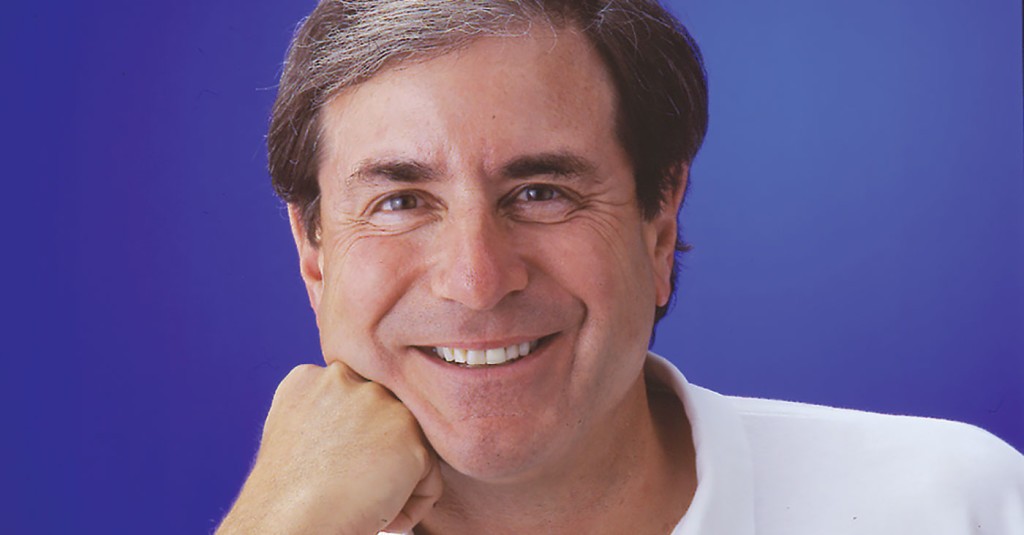 What do we really need to say about John Yarmuth? He’s the founder of LEO Weekly, congressional representative for what’s known as “the Louisville district” and an all- around cool guy. So, without further ado, the original LEO himself.

LEO: So I know you started out as a congressional aid. What led you into the world of journalism?

John Yarmuth: When I was a staffer, back when staffers could take advantage of just incredible perks, I was asked to go to the Super Bowl in Los Angeles by a lobbyist. It was the Redskins vs. the Dolphins. He was a Redskins’ fan. I wasn’t a Redskins fan, but I took this incredible trip. We took first class out there, went to the game, and I’m sitting on this flight back saying to myself how can I do this for a living? And I came up with this idea to create a Sunday magazine supplement to a newspaper like Parade magazine that would have been a national sports Sunday supplement. […] I even sold my father on funding it, which was not an easy sell because he was tough, but I had developed a really solid business plan and I came back to Louisville and we were going do it, but my father got sick with brain cancer and he died. After my father died, I had no idea what I wanted to do. I was still intrigued about publishing, but I wasn’t sure that’s what I wanted to do. So I decided to go away on a golf trip by myself in North Carolina. And I played for several days, and everyday when I paired up with somebody, they would ask me what I do and I would just try different stuff out and make stuff up to see which one felt good. And one of them was I publish a city magazine, and I thought, ‘Yeah, that one feels good.’

LEO: So what took you from a sports-centric supplement to a more outspoken, sometimes controversial weekly?

JY: Back then, you had this city that was kind of run by all of these old time Louisville families and big businesses. There wasn’t nearly the diversity or the openness or the sense in the public that they had any power that you have now. It was still a much more conservative place, but there was always a market for this, it was just a much smaller market. The LGBT community was very insignificant at that point, and if you wrote about gay rights or anything like that, you could piss a lot of people off.

LEO: What story during your time with the LEO do you think was most impactful?

JY: The story we did on Dillard’s when it was first coming to town. At the time, around ’95, it was a big deal because it was the first major retailer to come to Louisville. Of course,  Dillard’s is a much different company now, and I’d like to think we had something to do with the change. But the week they were coming here, we did a story on Dillard’s deplorable civil rights record. And it was a really intense story to edit because of potential vulnerabilities. And we had never done anything like that before; we had just done opinion. We really hadn’t done much journalism or reporting, but I was very proud of that one. Now the stories that people remember, or the ones I hear about the most, are the columns I wrote about [Aaron Yarmuth] every Father’s Day. And I am working on putting all of them in a book. I just have to get off my ass and publish them.

LEO: Which of your Father’s Day columns do you like the most?

JY: There was one column I wrote about [Aaron Yarmuth] going away to college for the first time. And that’s the one that people still say ‘I saved that,’ ‘I still have that hanging on my refrigerator’ or ‘I’m saving that because I want to give that to my daughter when she goes away to college.’ So that one definitely had the most lasting impact. Because it’s a very human thing, and people respond to those more than any other. I can write the most brilliant political dialogue ever and no one cares, but write something about your son, and everyone can connect to it.

LEO: What do you think about the state of journalism now as opposed to when you started out publishing?

JY: I’m very worried about it. There is still some good journalism being done but, particularly in TV journalism, it’s just pathetic. It’s really sad, particularly when you’re in my job and you’re dealing with really complicated issues. Virtually everything you deal with on the federal level is complicated, much too complicated for TV to ever deal with. You can’t talk about healthcare in 90 seconds, and that’s even if you get 90 seconds, which is long. I mean, 40 years ago the average soundbite in television was 40 seconds, today it’s like 9.5. So for us to be able to communicate anything within seconds is impossible.

LEO: So do you have any favorite vocal opponents of LEO?

JY: Well, at the time there was a conservative activist named Frank Simon. Frank Simon didn’t appreciate LEO or my positions, and he was a horrible homophobe. So we were often battling verbally. Since that time, in terms of who is our royal opposition, I would have to say Mitch [McConnell]. […] I consider part of my job educational, and I hope that isn’t taken in a pretentious way, but I try to help my constituents understand complex issues, Mitch doesn’t. Mitch tries to spin them a certain way, and I take umbrage with that.

LEO: Has Mitch McConnell ever said anything to you about LEO’s comments on him?

JY: The only time that he has ever complained to me about something I said about him was actually a bizarre situation. Louisville Magazine was doing a profile of him, and they asked me about him and I said, ‘Mitch is the Tiger Woods of politics, in that, ever since he was a little boy, he gets up every morning and all he thinks about is advancing his political interests. And there has never been a more focused politician than Mitch McConnell, and that makes him very formidable.’ Mind you, this is before Tiger’s scandal, and we ended up seeing each other at a Georgetown/Louisville basketball game and he came up to me and said, ‘Why’d you take that shot at me?’ I said, ‘Shot?’ You call me the Tiger Woods of anything and I’d consider it a compliment. I thought what a weird thing to be offended by. It was supposed to be complimentary … well … maybe. But in my own eyes I thought, how can anybody care that much? You gotta have a life, man. But that’s the only things he’s ever complained about, and I’ve called him a liar on national TV.

LEO: So I have to ask about your segment on ‘The Colbert Report.’ Any good skits that didn’t make it on air? [For those who don’t remember, Colbert highlighted Yarmuth in his ‘Better Know a District’ segment where Yarmuth was asked to debate the idea of throwing kittens in a wood chipper.]

JY: I had been told by other congressmen not to go on his show. […] And I guarantee you that sketch was the single most important thing I have ever done to sway political opinion in my favor. That show aired a few days before the St. Patrick’s Day Parade, and I was walking down Baxter Avenue and I must have had 300 people yell at me asking about my woodchipper. […] But there was a bunch of stuff we did that didn’t make the cut. One of them was he asked me if I could tell the difference between Kentucky bourbon and Tennessee sour mash whiskey and I said ‘sure.’ So he said ‘alright I’m going to test you.’ So he brought out two glasses and I knew it would be easy for me but I hammed it up and kind of looked at the glasses and sniffed them, and right after I tasted them, I said, ‘This one’s Kentucky bourbon, that one is Jack Daniels.’ And he said, ‘That’s right. How long have you been drinking on the job?’