“Think, and most about that which is most important: all the fools get lost because they do not think: they never see the half of things, and knowing neither their loss, nor their profit, they make small effort in either direction. Some make much of what is of little importance, always judging wrong. Most do not lose their heads because they have none.”

In late October 2002, then LEO owner John Yarmuth reached out and asked if I was interested in writing for LEO. I immediately and happily accepted. With that this column was born. Thirteen years later, it’s still going strong and LEO is turning 25! My, my — how time flies! It is shocking to think that I have been a part of the LEO family for over half its life. I am so happy about that!

It has been a hell of a ride. From my original editor Cary Stemle to the incredible Laura Snyder, my relationship with LEO has been great because of awesome editors. Since “Thirty Pieces of Silver: Queen Anne [Northup] and Her Loyal Black Preachers,” the first LEO Message, appeared in November 2002, editors and I have worked in concert to make this column one of the most progressive, politically educative, and provocative in the city. I believe it has helped carve out space for other local writers (especially those of color) to speak their minds without fear. I’m happy about that, too.

The most important thing about LEO and this column is they make people think. Of course, the crazy idea of people actually thinking and asking questions still scares the hell out of a lot of folks. Because of this, LEO and “Keeping Up” have incensed a plethora of critics over the years — blacks, whites, preachers, politicians, activists, liberals, conservatives. You name them — LEO has provided a platform for me to piss them off. And you know what? I’m glad. They needed it, and we’re not done yet. Thank you, LEO!

We’ve seen so much in almost a decade and a half together. Wars with ministers who demanded that I be fired. Supposed black civil-rights leaders visiting the University of Louisville, all but alleging that students were manipulated, indoctrinated, and brainwashed by the Pan-African Studies Department simply because we encourage them to think and ask questions. The reign of W. The election of a black president (nobody saw that one coming)! We’ve lived through scandal after scandal on the local and national levels. We’ve seen the rise and fall of Snookie, Kim Kardashian’s transformation from poor sex-tape performer to mogul, and Kim Davis claiming to have received messages from God. There has been a lot and there is so much that is yet to come. I’m excited about it all!

After all these years, I would like to thank readers who still send me feedback. I especially appreciate my conservative friends who almost always disagree with me. Please keep writing. Admittedly, I laugh at and love notes written in blind anger (like one fellow who said he reads every column because he hates me so much). Ain’t hate mail grand! However, the well-thought-out contestations from the other side of the ideological aisle help to keep me sharp and LEO cutting edge. Keep ’em comin’.

A heart-felt thanks also goes out to the folks who take the time out to drop a line every now again to say “good job” or “thanks.” By all means, keep those coming, too. It’s nice to know that somebody out there agrees with you every blue moon.

Finally, the great Kentucky poet Nikki Finney once said that one of the most important things the legendary Toni Cade Bambara told her was that she could not leave the arena [poetry] “in the hands of the fools.” I use that thought to close my columns from time to time. And would certainly like to use it on the auspicious occasion of LEO’s 25th Birthday.

Until next time — have no fear, stay strong, stand on truth and do justice, and do not leave the people in the hands of fools. Thank you so much to LEO for giving me this space for so long. Much love!

Happy Birthday, LEO! And many more! •

Dr. Ricky L. Jones is chair of Pan-African Studies at the University of Louisville. He is author of Black Haze and What’s wrong with Obamamania (both from SUNY Press). Follow him on Twitter @DrRickyLJones. 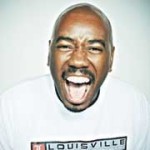