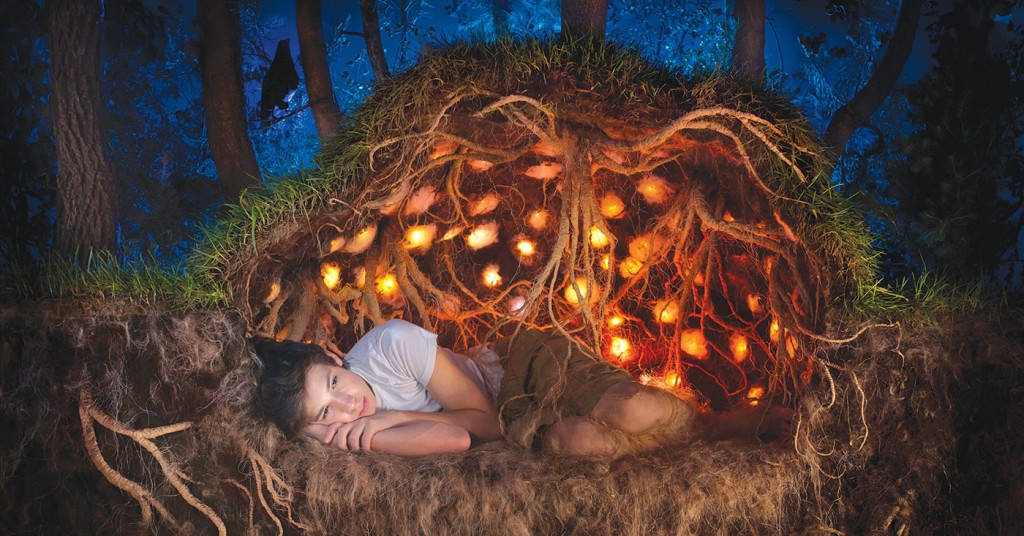 Please put your cell phone down for a minute. That device, occasionally used to make telephone calls, has a camera that takes pretty good photographs. It’s what most people use for their day-to-day shots of restaurant meals, pets and selfies.

Fortunately, contemporary photographers have a multitude of cameras, techniques and subject matter to choose from. “Photography Since the Millennium,” curated by master photographer C. J. Pressma and part of the 2015 Louisville Photo Biennial, takes us into the diverse world of the camera arts. This excellent exhibition is an eye-opener. Expect to ask yourself, “Is that photography?”

“The medium’s early representational roots are, for several artists, all but gone,” states Pressma. “So much so that the very definition of … [photography] is being reconsidered. In recent years, and with dizzying speed, technological advances and new philosophies have ushered in an era of highly innovative and vastly different kinds of photographic expression. [Its] capacity to communicate inner emotion as opposed to external reality has helped fuel its emergence as a predominant medium in 21st century art.”

“Siena” by Suzanne Mitchell from 1999 is just over the line of the start of the millennium, but it echoes the idea that there’s a vast scope of photographic procedures available today. Her sculptural canvas piece, covered in silver prints and found objects, resembles an embellished skirt.

Cal Kowal’s “Family of Man,” created in 2001, started life as a famous exhibition book featuring the photography of Edward Steichen. To create his conceptual art piece, he crushed the pages, rested the book’s cover atop them and stuffed all in a shadow box. Kowal describes himself as a “working artist, at times using many media, primarily photography based materials and a whole lotta assemblage work.”

Arturo Alonzo Sandoval calls himself a weaver and art quilter, yet here he is in a photography exhibition. His “Pattern Fusion No. 10: Motherboard 1” of 2008 is made of library 35mm microfilm and holographic film, among other things. “Recycled 35 mm microfilm has an innate graphic pattern,” he explains. “Some of the results are subtle and others bold. In addition, a kinetic quality is created from the surface texture of the Mylar and film elements that respond to ambient light and with the movement of the spectator when viewed close-up and afar. The addition of holographic film adds more color and an unexpected phenomenological element.”

The 2012 image “Day and Night” by Laura Hartford is a more traditional photograph (archival inkjet color print from a 35mm digital negative). Her work has that “capacity to communicate inner emotion” that Pressma spoke of. This series uses a Victorian metaphor to convey the nurturing of her child. “I discovered that moss served as a symbol for maternal love [in Victorian times],” she states. “I soon began ‘planting’ [her son] Jake in my studio, burying him in moss … The work is a personal reflection on the hopes and fears of parenting, within which one struggles to find balance between embrace, entanglement and release.”

The key to understanding Celene Hawkins’ photographs is to know she is “interested in the mutability of the photographic recording — not the documenting itself, but the transformative qualities of the photograph.” The two works in the show, “Flutter” and “Foliate,” both created in 2013, are framed photographs with added ornamentation. She’s as interested in the frame as she is in the photograph, “exploring [the] frame as a device that tells the viewer that something precious is contained within, but in contrast to traditional frames, my use of ornament and sculpted additions creates an interface between the two that transmutes frame and image.”

Tiffany Carbonneau’s “Between Here and There” is a high definition video from 2015. It resembles a M.C. Escher print come to life. The recognizable compoments of global shipping — water, boxcars, freighter — are combined with moving vertical bars. The amount of movement in this image of natural and manufactured environment depends on where you rest your eyes. She had me at the juxtaposition of the rolling water and scrolling bars.

Programming is always an important part of Carnegie exhibitions. Paul Paletti, organizer of the Louisville Photo Biennial, is giving a talk on collecting photography on Thursday, Dec. 10. Pressma and local exhibition artists will be at the closing reception on Saturday, Jan. 9. Additional programs are on the Carnegie website.