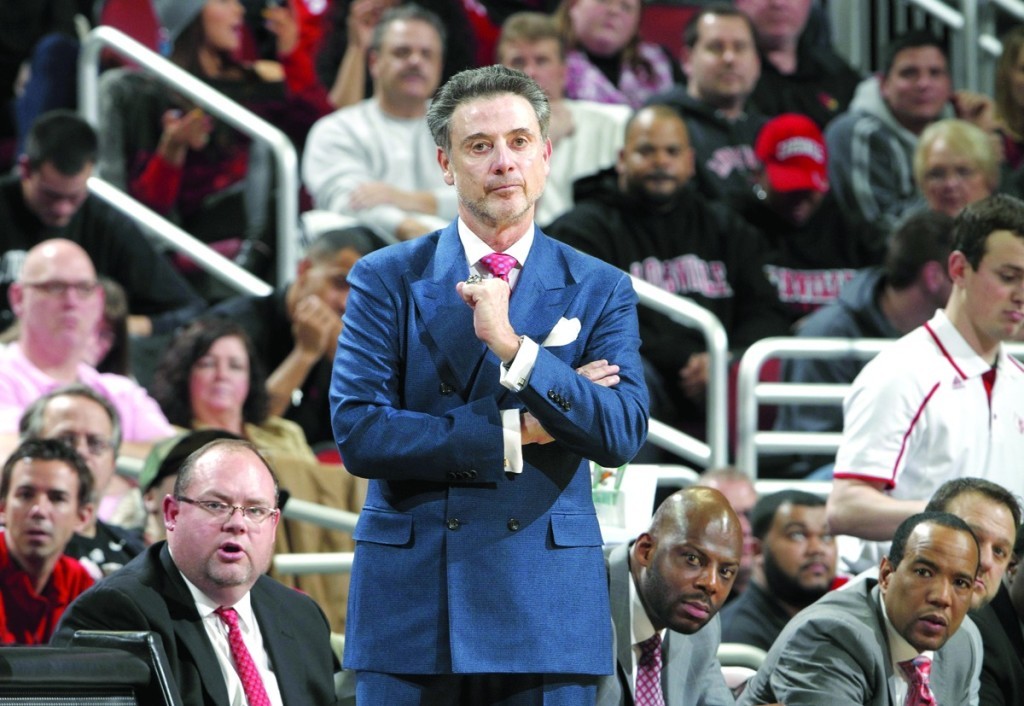 Aaron: So here is the only truly important thing: Louisville is going to be good. How good? That is a more difficult question … but it will be a lot of fun and frustration finding out.

For a team with only two seniors (both who transferred this season), as well as two other juniors (neither of whom started last year), it is easy to be skeptical about the Cards this year. Not to mention the Cards lost two guys to the NBA, and the leading returning scorer from last year averaged four points per game.

But the one stat that I choose to look at above all others — since 2005, the Cards have only entered the NCAA tournament with less than a 4 seed twice. And let’s not let the memories of back-to-back Final Fours and a championship cloud the memory — there have been several teams over the last 10 years with major question marks at the beginning of the season. So above all else, I’m just calling scoreboard.

Now, as with every UofL team I can remember, there will be some incredibly frustrating evenings. There will undoubtedly be that random December loss to a quality, but less prestigious, program. There will be some 20 percent shooting nights. But Cards teams are remarkably tough. And from all accounts, this team’s character, leadership and commitment to each other and Coach Pitino, make me believe more than ever that, come March, this Louisville team will be a contender.

Ashley: I laughed when I saw that the Cards were selected as the preseason 7th ranked team in the ACC and 50-something ranked team in the country. It actually humored me for two reasons. First, it’s because I think pre-season rankings are a joke in any sport. Essentially, they are made by a group of folks making subjective projections based upon their feelings about a school’s history or coach, who’s returning on their roster from the season prior and what big name-recruits they have added. In all actuality, no one knows how good any team is at least until December, when they start playing more challenging opponents consistently. Louisville has several unknowns this season, so we get a low ranking…BLAH!  The second reason these projections make me laugh is because there is nothing like a Rick Pitino team without a star! Think about it … these are the type of teams with no ego that play their hearts out for coach and after their mid-season brain fart, can really make a deep run in the tournament.

Here are my big questions for this season: Can Trey Lewis and Quentin Snyder play “nice” together? We have heard that Lewis is a star, and is “here for a reason.” Can Q adjust to that and sacrifice some of the limelight for the betterment of the team? Do we have any consistent 3-point shooters? What will Damien Lee’s role be? Will there be the emergence of a dependable “big man”? I sure hope so (on this last question) — we have missed Gorgui’s presence down low for a while.  Someone needs to step up and be a consistent offensive threat.

I said this last year from the very beginning, but Anas Mahmoud is one to watch. With his soft touch on the basketball and David Padgett on the sideline, he will be a force to be reckoned with … I would say in the next year or so. Another player to watch is Donavan Mitchell. This guy really impressed me at the Derby Basketball Classic — great attitude, plays hard, and man can he fly.  I hope Coach P lets him shine a little this season.

Speaking of the Derby Classic, the two that have the most to prove to me are Raymond Spalding and Deng Adel. I thought their performances were lackluster and extremely underwhelming. I’m sure that Coach Pitino has whipped them into shape, but they are still suspect in my book. All in all, I think we are in for a treat this season. My projection is an 8-loss regular season record with a hot run through March. I’m predicting a conference runner up title and an Elite 8 appearance.