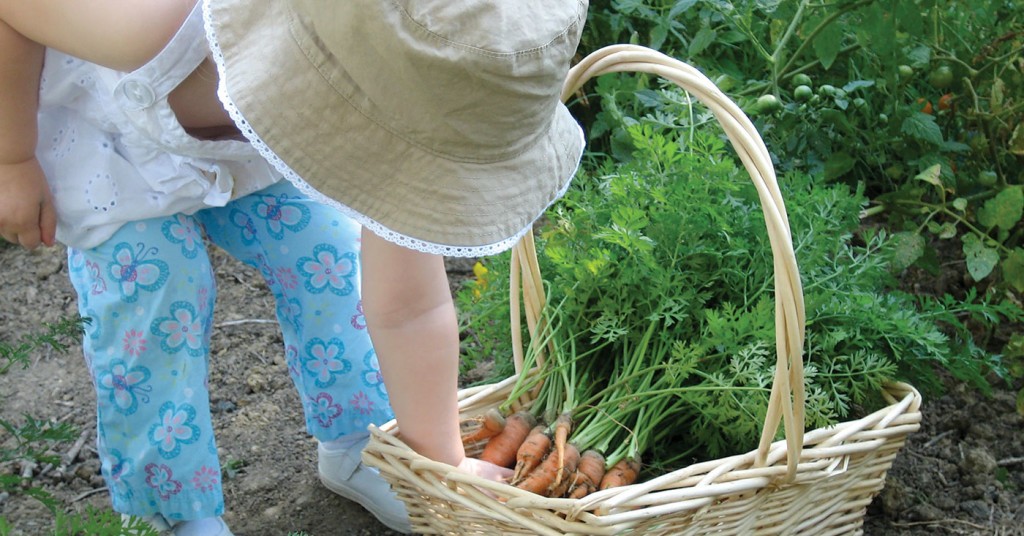 Children who grow to inherit the family farm don’t always have much choice in how to continue the business. They accept the debt and conventions that come with the land. Many of these farms grow commodity crops, some of which we grow too much of. Consumers are wary, and weary, of this unsustainable industry. Ethically, whether farming is done right, or just right enough not to be wrong, it’s a dirty world. How dirty depends on where you look and from which angle.

In last month’s column, I was harsh on the farmer from my child’s field trip. With some reflection, I know he didn’t deserve all the blame. Industrial agriculture looks like an avalanche from my urban view; from his view, maybe it’s only snowing. Debt, an aversion to change, and the uncertain future keep many farmers growing commodities, whether or not they’ll harvest a profit.

My first job after college was a customer service gig at an agricultural distribution company. It wasn’t ideal, but I had bills to pay. Soon after, George W. Bush was sworn into office for the first time, and the economy began to crumble. Competition for jobs I wanted became a loser’s game, and after 9/11, I was just lucky to be employed. So, this city girl peddled farm chemicals for two more years.

As a young environmentalist, I was disappointed to be selling Glyphosate and other noxious chemicals to over 100 farm markets and distribution centers. The company I worked for connected farmers to the proprietary products of the most controversial chemical companies in industrial agriculture. There, I affected the lives of farmers throughout the eastern half of the U.S., from the comfort of my eigth floor cubicle.

In advance of a growing season, managers at the company made purchase deals with chemical companies, and then allocated that inventory to farm markets without their knowledge. I contacted market managers to inform them we were sending them product, often before they could afford to pay for it, and even if they had remaining inventory from the previous season that wouldn’t sell.

Sometimes, a market manager would protest the delivery and speak to my managers. At best, they’d negotiate 250 gallons less, but then I had to unload the product on someone else. The farm market managers were forced to hawk chemicals to growers who didn’t want or need them in order to pay the debt.

Now that I have a family and financial challenges of my own, I understand the degree of stress I had to inflict on those good people I came to know well over the phone, and occasionally in person. I accept the effects of forcing farmers to over-apply chemicals to their crops that simply drain into our waterways, and all for profit. I even appreciate how radical it seems for an inexperienced person to launch a small farm without chemicals, massive loans, government subsidies, and family history.

I find myself more sympathetic than ever to the stress of owing a family business that spans generations to an unsustainable system. I feel the need to apologize for my contribution to the madness, yet I’m glad for the insight.

It’s doubtful that the farmer from our field trip believes that corn sugar in food products are harmless additions — not if he’s honest. What I do believe is that protecting his livelihood is his first priority. As corporations and government contracts control the farmer, he must necessitate persistent demand for his product. For his little white lie to the children that “corn sugar is just as healthy as regular sugar,” I can’t blame him. Like a potato farmer grows an organic patch for his own consumption, but keeps growing conventionally to sustain the business, we all have lives to pay for.

Rogue farmers, communal urban farmers, consumers who avoid foods with synthetic pesticide residues, environmentalists who demand natural pest management over eradication, parents who’ve have banned corn sugar in all its forms from their kitchens — these people threaten modern, conventional farming. It’s an industry that would collapse without the corporate cog that’s running it, and without the consumers who support it.

The seed and chemical companies are a brute force, with lobbyists ensuring their reign of almost total control over food production, from federal and state government agricultural regulations, to the actions of distributors, farm markets, farmers, and the habits of consumers.

We don’t need to obey the food chain of command. Appetites are changing, but if our farmers are ever to run profitable, sustainable businesses en masse, without corporate influence, they need to feel us supporting them with our dollars, our forks, and our actions. They need to know what we want to buy from them, and when they grow it, we need to follow through. Buying locally is even more important for economic growth than how a crop is grown.

Changing our food system for the better will continue to be difficult. Many farmers protest change, but they need us, and we still need them. Our growers deserve the freedom to feed people on their own terms, and we deserve to eat better. •

Rachel Hurd Anger writes about food responsibility from production to consumption, and she’s been a regular contributor to Chickens, Urban Farm, and Hobby Farm Home magazines. Read her weekly advice for urban chicken keepers at UrbanFarmOnline.com/ChickenQuarters.