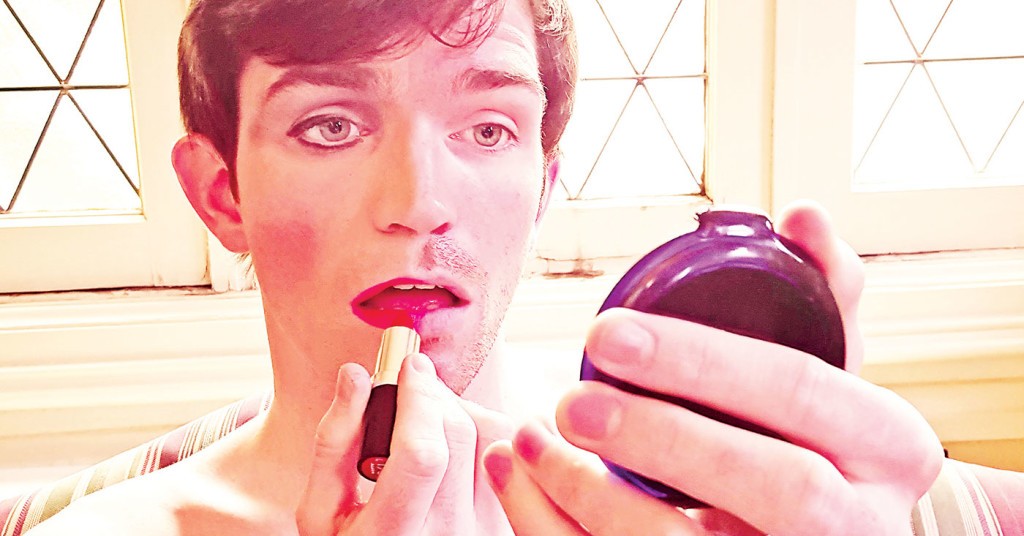 In 1974, in the Journal of Abnormal Psychology, an article called “Aversion Therapy for Sexual Deviation” (by Leitenberg and Callahan, based on a Ph.D. thesis), reported on a 29-year-old heterosexual married man (“Subject 5”) who had been “apprehended by police while walking along a main street in women’s clothing. This was his first police contact in 17 years of cross-dressing, and no charges were pressed. His treatment was voluntary; his reported reason for wanting therapy was the desire to feel sexually ‘normal.’”

Using a “penile plethysmograph” (a kind of cuff to measure circumference and track arousal), the scholars tried a couple of different aversive therapies in order to induce the desired normality. One of those aversive methods involved applying an electric shock to the penis when the subject was experiencing what the scholars considered a deviant arousal. The scholars considered the results of their treatment inconclusive, but they did note that “The patient reported feeling that shock suppressed his transsexual desires but that he did not trust the permanence of the suppression.”

Harvey Fierstein’s play “Casa Valentina,” which opened last weekend in an excellent Pandora production directed by Michael Drury, is set a dozen years earlier, at a mountain resort that caters to cross-dressers (and hunters — and some visitors are both). Those who come to the resort for restorative holidays are, like Subject 5, looking for a way to feel normal in the midst of a society that views them as criminal deviants — but their quest for normalcy doesn’t involve electric shocks.

And here, in the company of like-minded people, they find sanctuary, at least for a time. In parts, “Casa Valentina” is a joyous celebration of what happens when people are freed to express themselves. Those who gather are a cross-section of cross-dressers: Albert/Bessie, an Oscar Wilde-quoting cynic (played with flamboyant wit and energy in a superb performance by Jason Cooper); George/Valentina, the financially challenged owner of the resort (Brent Gettelfinger, in a nuanced, morally ambiguous performance); George’s wife Rita (played with warmth and fire by Carol Tyree Williams); Jonathan/Miranda, a young married man rejoicing at discovering for the first time that he’s not alone (Eric Sharp); the local Judge/Amy, who shows up in hunter’s garb toting a shotgun (Rick O’Daniel-Munger); the Judge’s daughter, Eleanor (Teresa Willis in a passionate, angry turn); and Theodore/Terry (Rick Kautz) and Michael/Gloria (Bryce Woodard), both deliver deft, stereotype-busting performances. And there is an outsider, the wonderfully imperious Isadore/Charlotte (Tony Prince), a national leader in the cross-dressing community, publisher of its major magazine — and recent subject of a criminal prosecution.

The opening scenes see these men transform before our very eyes — donning wigs, bras and dresses; applying make-up; critiquing one another; and, in one remarkable scene, giving the reluctant, naïve Miranda a full makeover on stage, a makeover that goes deeper than surface changes (Lindsey Chamberlin is credited with costume design; Neill Robertson is makeup consultant).  As the play progresses, Fierstein’s droll dialogue — at times the one-liners come in floods of laughs — we see these people transformed as they relish the safety and security of finding normalcy through community.

But troubles are hovering. Some come from the outside world, some from within the community. The host, George/Valentina, has just been summoned for an investigation by the local postal inspector — and because of his money problems, he needs to negotiate a loan from Isadore/Charlotte. But Charlotte has a goal as well — to form a national organization with a public charter. And that will require people to put their real names on documents. It’s a plan that is frightening and deeply divisive in this community, and in pressing it, Charlotte becomes a fearsome, take-no-prisoners advocate for the cause, no matter the consequences.

The Casa Valentina of the play is based on an actual resort that was known at various times as Casa Susanna and the Chevalier d’Eon resort. (We learn during the play, the Chevalier was a soldier and spy whose cross-dressing facilitated his espionage.) But it’s no period piece; it has the urgent feel of a deeply contemporary piece. Still, the quaint resort is beautifully represented by Wes Shofner’s elaborate sets and shaped by excellent technical work from Theresa Bagan (lighting design) and Laura Ellis (sound design).  •

The holidays are upon us — and so are three noteworthy openings.

As I’ve mentioned before, Louisville is fortunate to have two excellent Spanish-language theater companies, both of which use supertitles to project translated text. This week, Teatro Tercera Llamada premieres a new play, “Pa’ Gringolandia”  by Louisville-based playwright Francisco Juarez. It’s described as an exploration of diverse Latino attitudes about immigration to, well, Gringoland. It’s a timely piece by a company that consistently mounts top-notch productions. The play runs Nov. 19 – Dec. 5 (dark during Thanksgiving weekend) at The Vault, 1031 S. Sixth St., 386-4866, www.teatrotercerallamada.com.

Larry Muhammad (who writes plays under the name Cisco Montgomery, and whose noteworthy recent musical “Buster!” dealt with the life of the late Rev. Louis Coleman) offers a program of three shorts at the MeX Theatre in the Kentucky Center. “Boomerang” is set in the psychedelic 60s; “Radio Play” looks at the lives of first responders through the lens of a police dispatcher at a critical juncture. And “Kin Under the Skin” is a comic courtroom treatment of slavery — and reparations. The program runs Nov. 19 – 21. Information and tickets via the Kentucky Center, 584-7777. www.kentuckycenter.org.

And those quirky, unpredictable culture warriors at the Alley Theater are opening an adaptation (by Sterling Pratt) of Ingmar Bergman’s 1961 film “Through a Glass Darkly.” It runs Nov. 19 – Dec. 5 (dark on Thanksgiving week) at the Alley Theater, 633 W. Main St., 713-6178, thealleytheater.org.