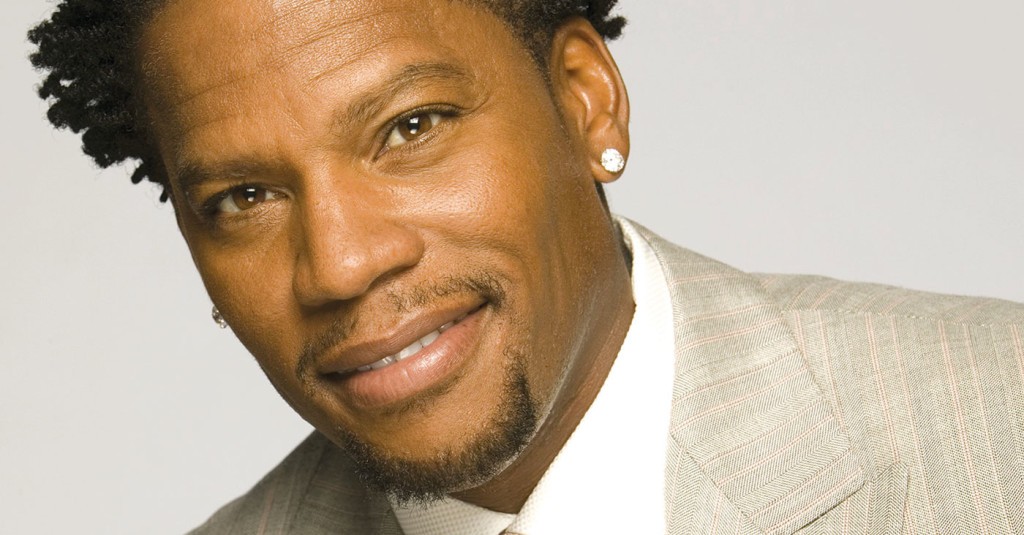 D.L. Hughley is one of “The Original Kings of Comedy” and one of the most respected faces in stand-up. He has been all over the road and television for more than two decades. He was the original host of BET’s “Comicview,” starred in “Studio 60 on the Sunset Strip” and hosted his own show on CNN called “D.L. Hughley Breaks the News.” His thoughtful brand of comedy ranges from introspective to confrontational, and is always current. This weekend he will be in town performing at the KFC Yum! Center alongside fellow comedy heavyweights Cedric The Entertainer, George Lopez, Eddie Griffin and Charlie Murphy. Hughley took a few minutes to chat with LEO.

D.L. Hughley: I am too! I’ve played there many times. I love The Brown Theatre and that meal in the hotel next door…what is it? The Hot Brown.

LEO: You’ve been doing this for so long. Does every show start to feel the same for you?

LEO: Is it tough being on the road and leaving the family behind, or can you take them with you?

DLH: Well … I’m in New York now, so my wife will come here — whenever I’m somewhere exciting she always has to come. She’s like, ‘Oh, you’re playing in Hawaii? I miss you, I want to go.” But ultimately, for me, being on the road, it’s my time to be an artist and concentrate and be away from everybody. I don’t have to worry about somebody cleaning their room or taking out the trash.

LEO: I know you attended the inauguration of President Obama. How do you feel about what’s happened in the last 8 years?

DLH: That was the most transformative moment I’ve ever seen. I had never had the chance to be present for an actual historical event that’s going to be remembered in our country’s history, and I can say I was there. I got to meet those people and speak to a lot of those people. It was a really cool thing to get to do.

LEO: This is a pretty eclectic mix of comics. How did you all come together for “The Comedy Get Down Tour?”

DLH: We’re all old friends. We’ve known each other since the jump. I’ve been gigging with Eddie and Cedric since we were kids — I mean we were seriously kids. But we’ve all grown up, we’ve been married, divorced, re-married, had kids, so we don’t get see each other like we used to. And when you have that kind of history with certain people and an opportunity like this comes together where you get to be on the road with them and get to hang out together, you have to jump on it because like Bernie Mac taught me, you never know when you’re going to see these people for the last time. •