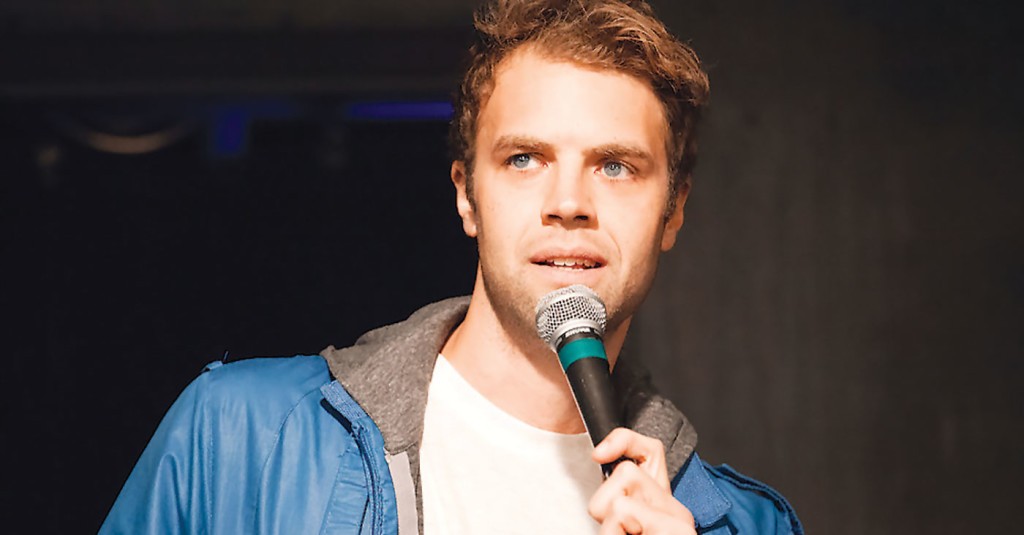 With the words “Fired from New York, it’s Saturday Night,” Brooks Wheelan announced his all too short tenure on Saturday Night Live. Brought on as a writer, Wheelan was abruptly made a cast member just a few weeks before the season 39 premiere. Despite leaving, Wheelan remains appreciative of the opportunity that SNL gave him, and has parlayed his television success into a stand-up career that will soon bring the comedian to Zanzabar.

Weaned on a diet of early-Adam Sandler films, Wheelan has had the comedy bug since he was young. Still, he found a balance between having a practical career and pursuing his dreams. He admits, “I was a bio-medical engineer, but it was always just what I did to make money. At no point was I like, ‘I’m going to do this forever.’ I think the whole not having a back up plan is just an excuse to not go to college. You can’t get comfortable. As soon as you get comfortable, unless you want to do it forever, quit.”

Like any performer he learned the hard way. Of his development as a comedian, Wheelan believes, “I think it’s important to bomb, but if you can get around that, do it.” He adds though, “You just get better, you bomb, you learn. Pretty much every time I think I’m done bombing, I bomb again. You never stop bombing, if you’re trying new things.”

During his short tenure at “Saturday Night Live,” Wheelan’s only recurring character appeared on ‘Weekend Update,’ where he told mostly autobiographical, self-deprecating stories. He explains of the weekly grind there, “When I would do ‘Weekend Updates,’ I would go on and turn it in, and it would be three minutes, and they would be like, ‘You need to cut one minute.’ I would be like, ‘But I need all of this.’ Then Seth Meyers would say, ‘You don’t need this, you don’t need this.’ I was like, ‘Oh, I should listen to other people; I’m new, I’m learning.’”

For the most part, Wheelan keeps it light and self-reflective. But you can always ruffle some feathers. He notes, “I’ve offended people for sure. At no point am I pointing fingers at anybody. The people that get mad and don’t look at everybody’s point of view: Go fuck yourself. I don’t mind offending super-liberals or super-conservatives. At the same time, I’m not really an offensive comedian. And some people in the crowd don’t agree, but it would be weird if everyone thought you were funny. Where is the fun there?”

Wheelan is anything but conventional. This tour is geared to smaller venues and he’s happy for it, secure that he’s putting on the kind of set that he would want to see if he were in the audience. And about his audience at Zanzabar, Wheelan says, “I personally invite all the members of My Morning Jacket.”