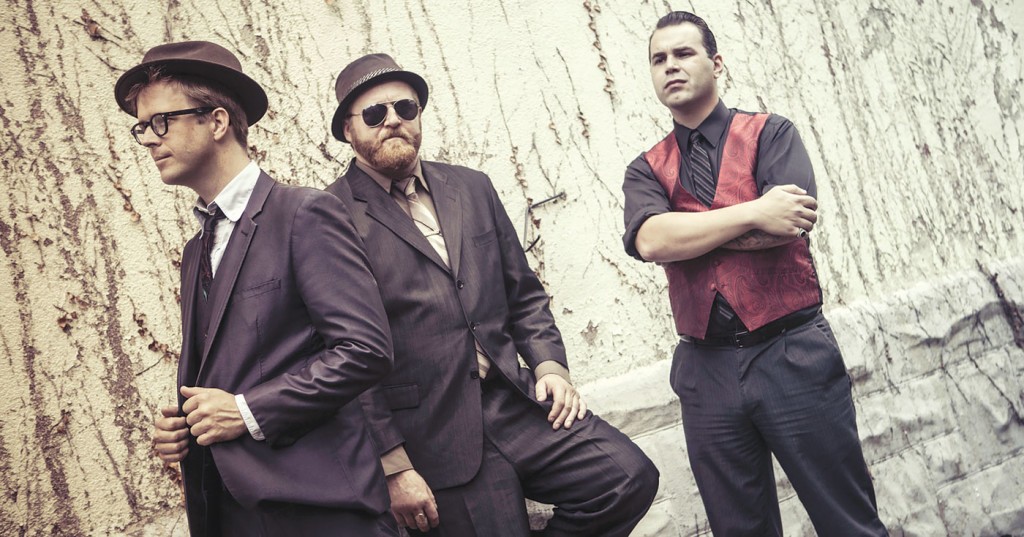 Woody Pines
Mixing blues boogie, John Prine-esque folk and other forms of nostalgic roots, Woody Pines sounds like a catchy busker, convincing you to throw some money into a guitar case with a melody. The influences of the past are thick, but its the attention to multiple sources, and a breezy sense of fun that never takes itself too seriously that makes the music shine. Woody Pines plays at The New Vintage on Wednesday, November 2.

Twin Limb
album release show
Ominous psych-folk trio Twin Limb will release their new EP, “Anything Is Possible and Nothing Makes Sense,” on Friday December 4 at Kaiju, 1004 E. Oak St. The EP features older material that they have recently reworked as a trio, acting as a placeholder until they release their first full-length, which is already recorded, with plans for release in the spring.

Louisville Is For Lovers Compilation
For their 15th anniversary, Louisville Is For Lovers is set to release another installment of its Valentine’s Day Compilation titled “LIFE” on February 5, 2016, featuring music from White Reaper, Quiet Hollers, Twin Limb, The Fervor, Second Story Man, The Deloreans and more. It will be released as a 30-song download, and there will also be 300 limited edition vinyls pressed of ten of the tracks. A release party will take place at Zanzabar on Friday, February 12. Help crowdfund the project — and pre-order your copy through their Rocket Hub page, which can be found through their homepage: www.louisvilleisforlovers.culturearchivist.com. Curating local releases since 2001, Louisville Is For Lovers also plans to remaster and rerelease a 10-volume box set (2001-2010) in 2016.