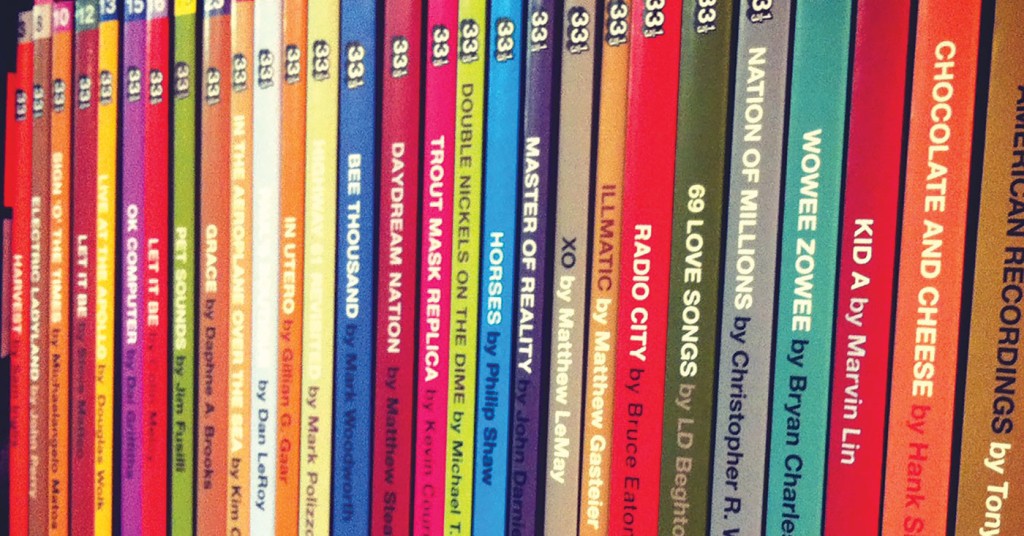 For more than a decade, the 33 1/3 series of books has been the gold standard for music writing, offering in-depth coverage on a variety of your favorite albums. Each book is a dive into a specific album by a prominent band — whether that is a cultural giant or a cult favorite — by a variety of authors (there are open calls for proposals), giving every book in the series its own unique voice and style, with some leaning towards a conversational, almost anecdotal approach to their subject matter, where others offer more critical analysis.

For example, the 75th book in the series attends to Louisville indie giants Slint and their seminal 1991 release “Spiderland.” In that book, author Scott Tennent broadens his scope from an intimate look at the creation of the album to how the culture here influenced Slint’s composition and wry humor. Where Tennent focused on legacy and community, author Marc Weidenbaum took an especially clinical approach to his work on Aphex Twin’s “Selected Ambient Works Volume II,” which featured a critical and technical dissection of the album’s content.

It’s that richness in variety, not just in the selection of the featured artists, but in how the writing is approached, that keeps the series so incredibly vital. According to longtime editor Ally-Jane Grossan, with 110 books published so far in the series, they are just getting started. She believes, “The brand has become a household name. I’d like to see the brand expand to include other genres besides rock. In the past few years we’ve made inroads into other genres like video game music, country and jazz.”

The beauty is that anyone can pitch a book on any album, regardless of the popularity or expected audience, although that obviously does play a certain role in the selection process. Grossan explains, “Each batch of proposals has to have a few albums that will be guaranteed sellers. A Beatles, Dylan or Dead, if you will. But that leaves plenty of room for the more obscure albums. Actually, the most successful 33 1/3’s are usually on cult albums. J Dilla and Neutral Milk Hotel come to mind.”

Grossan will be in Louisville on Wednesday, Nov. 11 as part of the Reading About Music series hosted by the Commonwealth Center for the Humanities and Society at the University of Louisville. This is a follow-up to an event from earlier this year, which saw Grossan and a variety of music writers discussing their approach to their subject matter from a variety of critical perspectives.

The event again sees Grossan, in town for the American Musicological Society conference, alongside Joe Manning, Diane Pecknold, Aaron Rosenblum and other special guests for a night of Reading About Music. You are encouraged to bring your favorite piece of music writing to read and celebrate.