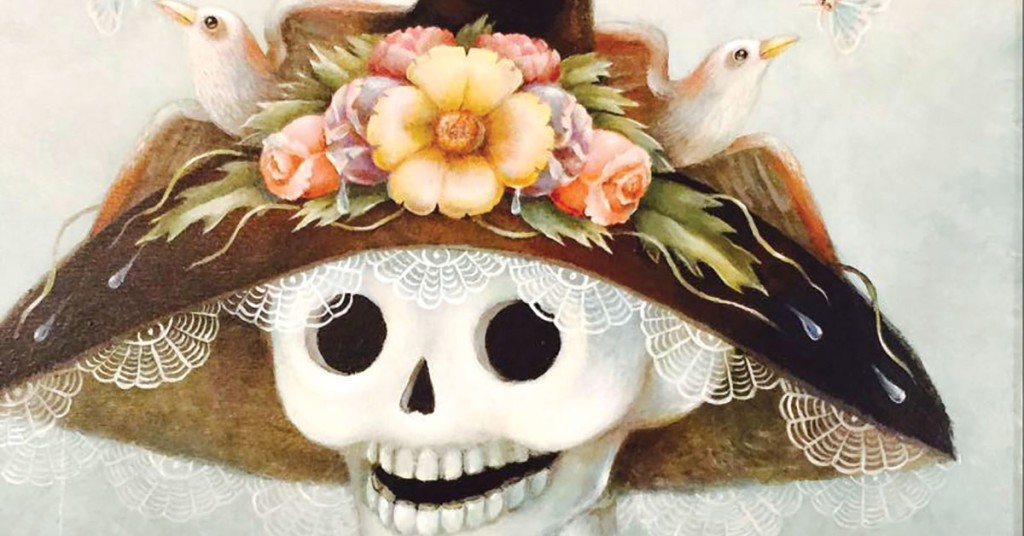 For the third year, the South Fourth retail district will celebrate the Mexican holiday “Dia de los Muertos.” Day of the Dead art has grown in popularity in the U.S. in recent years. Karen Welch, co-owner of CRAFT(s) Gallery and one of the driving forces behind the South Fourth celebration, loves the art and imagery associated with the holiday, but is also quick to point out that there are deep roots and great meaning in the 4,000-year-old celebration.

“It’s a very healthy way to look at death really, this whole tradition of how they treat the passing of your loved one, that’s a positive thing to bring to people,” said Welch.

In the U.S., criticism has sometimes been leveled at Day of The Dead costumes and art. The criticism suggests that Americans misunderstand the holiday, white washing it into a bland Mexican Halloween.

Welch is aware of those criticisms and says that Louisvillians who attend the celebration have educated themselves on the true meaning of the holiday. “Louisville has taught itself what this is. They don’t think it’s Mexican Halloween. They have taught themselves, and they tell their friends what exactly is going on with this.”

Welch adds that the South Fourth celebrants aren’t limited to people who are learning about Dia de los Muertos. “We have a lot of the Hispanic and Latino community that comes out to this. A lot of Hispanic families that have moved to our area and now have their families here bring their children to this and are showing them, ‘This is a little bit of what I did when I lived in Mexico.’”

The heart of Day of the Dead celebrations and traditions are the ornate altars. Welch elaborates, “The public altars, also called ofrendas, are a significant part of this event and a really strong part of the rituals. We do a huge public altar.” Everyone is invited to remember their own dead by placing small objects on the altar. The objects can be pictures, poems or anything the celebrant chooses.

In addition to the large public altar, each shop and gallery will have a smaller altars. Welch erects a special altar dedicated to one of her favorite artists, who helped inspire her fascination with Mexican art, Frida Kahlo.

Some other altars planned for the event include a altar for celebrities who died in hotels, courtesy of Hilton Gardens, and a WFPK altar dedicated to musicians who have passed. University of Louisville’s Latin American and Latino Studies (LALS) Program, a co-sponsor of the event, along with the Downtown Partnership, and Kentucky College of Art and Design at Spalding University, will also contribute an altar.

The event and the altars will all be blessed by Father David Sanchez of St. Joseph’s Catholic Church in Butchertown. Sanchez will also lead a candlelit procession.