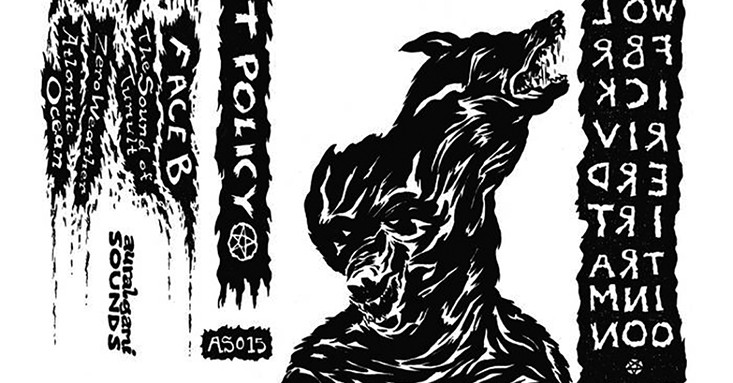 Close your eyes and you can visualize the good folks in Insect Policy writhing and chanting around a fire at night, in some kind of pagan ritual to the god or gods of noise. There is some kind of tribal thing going on in their music — wrapped in feedback, thick bass lines and the sort of guttural hollering that freaks out squares everywhere. This is beauty and madness and it’s great. Of course, it came together for band founder Brian Manley with a little help from his friends.
With a musical resume decades in the making, Manley had the simple vision that, “Like all bands, it began with a wish and a kumquat. It started with me fleshing out some song and sound ideas while experimenting with recording in my basement. From there, it became a band of people that migrated to each other. So, more sounds and ideas to be toppled into a pile, gashed at, munched on and spit into new things.”
Guitarist Tyler Chanley puts it all into perspective: “We come from diverse, yet complementary spaces that meld and grind the form in ways that seem to keep us interested. We all speak a unique vernacular of the same language in Insect Policy.”
Manley, clearly in love with eschewing any sort of traditional takes on form or style for the band, prefers a nebulous and ever-changing sonic structure. It’s apparent on “Wolf Brick River Dirt Train Moon,” their second release dropping this Saturday courtesy of the auralgamiSOUNDS tape label. Manley wryly admits, “The next IP release might be a field recording of mice mixed with sounds of Chris (Martin, drummer) mumbling to himself. I like the project always morphing and the structure never being stable.”
In the age of downloading, why take the risk on a physical release? Manley explains that they “are like kumquats; you don’t have to have them, but they sure are sweet when you do. I have no problem with digital-only releases, because I like to hear as much music as I can. I just prefer physical versions because to me it’s as much a piece of art as a painting or a book. However, from now on, we will only be releasing material on the deep web.”
So how do you describe music that strives to be indescribable? For Manley, it’s easy enough: “Mostly just variations on noisy rock. I know when I started talking to the band at first I was describing the songs in terms like “Tracy Pew” and “Star Trek: The Movie.” Jim Marlowe [of Tropical Trash] actually walked away from that conversation that night with rolled eyes, which made me think I was on the right path. Imagine if Tracy Pew and V’Ger were talking about other bands: That’s what we sound like.”
You can catch them Saturday at Kaiju with Tropical Trash, Rude Weirdo, Softcheque and Ghost Strippers for their record release show.