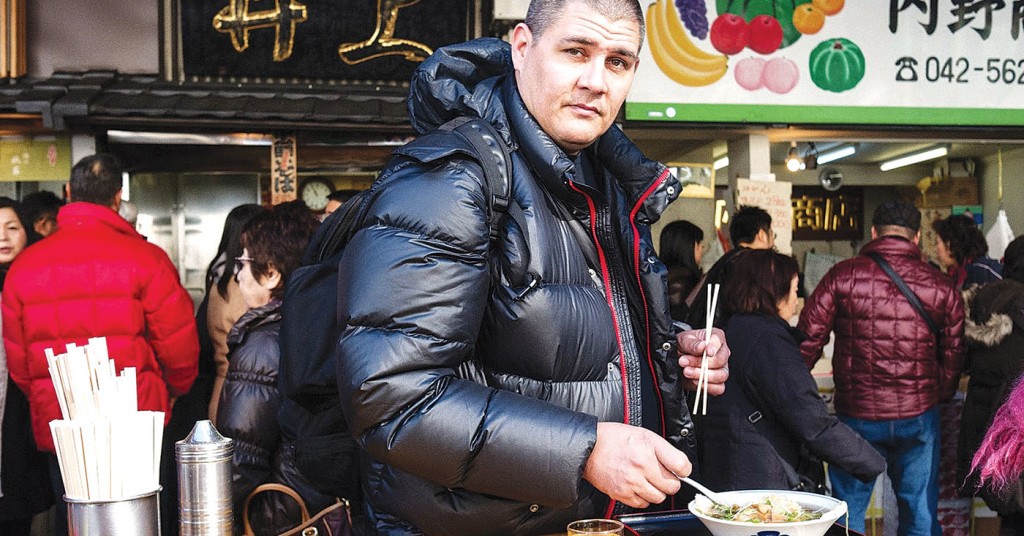 A plague brought to us by archeologists? Torture and identity as options on the spin cycle of life as a prominent North Korean? Welcome to the worlds of Adam Johnson. He has today’s self-destructive societies in his sights as surely as the aim of LAPD’s “Teen Sniper” from one of his prominent early stories. But while exploring near-futures that readily open themselves up to readers’ nervous snickers, the author can also be seen as simply the neighbor of any writer limning realistic character reactions to modern problems. The sympathy brought about by his characters’ situations and trials is as eye-opening as it is heartbreaking because Johnson’s world-class sardonic wit bides its time carefully near the wings. This winner of the 2013 Pulitzer (for his North Korea-set novel “The Orphan Master’s Son”) will read from his heralded new fiction collection “Fortune Smiles” at Louisville Literary Arts’ 2015 Writer’s Block Festival, appearing Saturday late afternoon at Tim Faulkner Gallery.

The short stories and novelettes within “Fortune Smiles” cover an amazing amount of narrative ground — but that shouldn’t be a surprise to Johnson’s fans. The lead story, “Nirvana,” is a masterwork that would have Kurt Vonnegut smiling widely — particularly at the real-life irony that Popular Mechanics magazine looked into the story’s corporate trolling drones and hologram-medium sage advisors and found that they aren’t science fiction. They’re slowly emerging from the cusp of today’s technological wonderland — one that both sustains and gnaws at the relationship of a couple in medical crisis.

LEO recently spoke by phone with Johnson about how, as a detailed observer and economical writer, he has succeeded in his desires to “make platforms and scenarios that would reveal characters in all new ways” while also serving as a Stanford professor who wants to help writers develop within a safe structure. But first we wanted to know what drove him to return to North Korea for the title story of the new collection.

Adam Johnson: “Fortune Smiles” is about two defectors. I’d spent many years writing about North Korea, and I felt really good about the portrait I’d made of it. In talking to lots of defectors, I felt there were a few stones left unturned. The novel did focus on the inside of North Korea, but seeing the struggles of people once they’d left pulled at my emotions and really made me want to create a portrait for people to see that once you make it out, your struggles aren’t over.

LEO: That state of refugees — you write so well about that — has that been an interest throughout your career?

AJ: I have always been attuned to voices you don’t normally hear, or that don’t get enough attention — or that are difficult to hear. That’s one of the things that literature can do is use the long reach of imagination to fill in narratives that often don’t get to us.

When I was in Germany and I became interested in Stasi culture [as shown in the story “George Orwell Was a Friend of Mine”], I asked everybody I ran across, ‘Where do I find a good memoir of a Stasi officer?’ All the Germans were like, ‘That book could never exist.’ Immediately that has some part of me wanting to make that book — if that makes sense.

LEO: Compared with less-formal forums like workshopping, or simply writing from life experience, are the universities doing a good job with how they turn out MFAs/creative writers?

AJ: I do believe in the process. Hopefully someone will have the combination of independent writing skills, of life experience, and then the community of the workshop and the university at some point. You can’t teach talent or drive, and I would take labor over talent any day. But a writer needs to develop a relationship with his or her work in terms of how to read and perceive and fine-tune a piece in terms of craft and technique. They need to be able to tackle whatever character or situation comes along — and the workshop fulfills that. It fills your toolbox.

LEO: Life experiences — any particular sources of benefit to you?

AJ: I was a journeyman carpenter in my youth, doing concrete forming and shoring — mid-rise work, industrial work. I really enjoyed working with all the old-timers who had a trick for everything.

This was the late ‘80s, so guys were Vietnam vets. Others had done prison time or been merchant marines or worked in far-flung places like Saudi Arabia or on the Alaska pipeline. They had stories about accidents at job sites, job-place violence, two-timing women, war stories. Crazy anecdotes in all kinds of fun, fun places, and I thrived on those stories.”

LEO: How far back do the “Fortune Smiles” stories date?

AJ: My last two books were novels, so I had missed short stories. I did write one in 2008, because I wanted to cast a perspective out, so I wrote [“Hurricanes Anonymous”]. But the other five … I was lucky to receive a Guggenheim [Fellowship] in 2013, so I didn’t have to teach. I just wrote, and the stories came flying out.