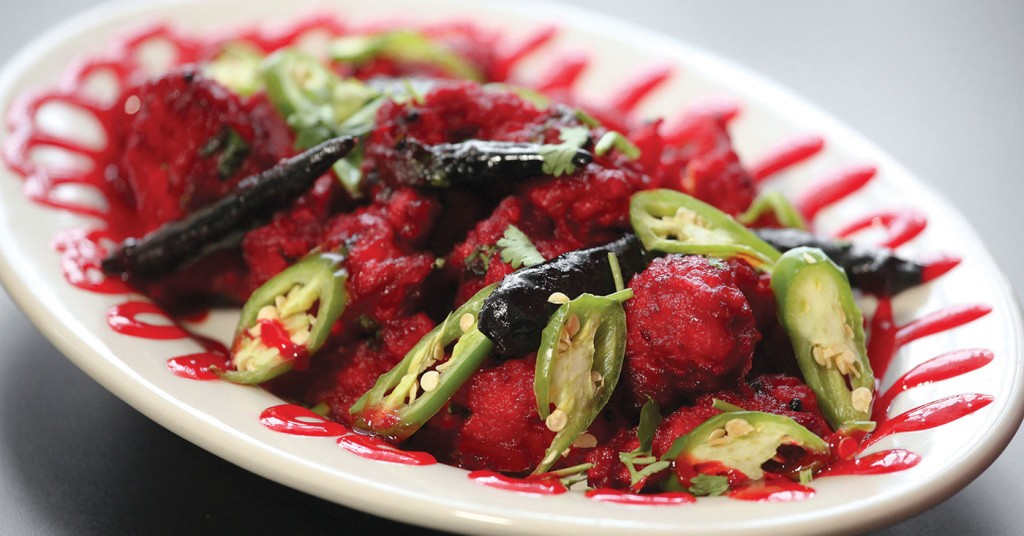 The Chicken '65 from Mt Everest ViewPhoto by Frankie Steele

In 1991, Hasta Rai, then just seven years old, his brother Harka and their family left their home in the idyllic Himalayan foothills of Bhutan. They were sent back as refugees to their ancestral home in Nepal, then moved on to India, then back to Nepal again. Hasta would earn a college degree and teach in schools while he was in India. And then, a full 20 years after leaving Bhutan, they arrived in the United States with a coveted migrant visa in 2011.

In 1987, Alik Gold, a soldier in the Russian Army, began a similar journey as a refugee. He crossed the Iron Curtain out of the then-USSR. Then he and his wife, Arina Safarova, came down a long road through Austria and Italy before finally earning his migrant visa. They arrived in America a decade later, in 1997.

Who could have foreseen that these men from distant corners of the Earth would eventually become neighbors and small-business owners on a short stretch of Old Bardstown Road in Buechel? This three-block strip may house the most concentrated collection of international restaurants, coffee shops, bakeries and grocery stores in Louisville, mixed in friendly proximity with two pizzerias, a White Castle and the iconic old Fern & Moody’s bar and liquor store.

“We were here first,” Gold says, with a friendly, wisecracking grin that lets you know he’s not just bragging. He and Safarova opened Golden Key International Grocery at 3821 Bardstown Road in 1997. “Twenty years ago!” he exulted. Well … 18 years ago, anyway, but that’s long enough for Gold to stake his claim as first of more than a dozen immigrant entrepreneurs who’ve followed their dreams in small businesses along this three-block stretch.

The Rai brothers, from Bhutan by way of India and Nepal, appear to be — at least for now — the most recent arrivals. They opened Mt. Everest View restaurant this past July, and they’ve landed at 4109 Bardstown Road, the other end of the Buechel strip.

Their stories are very different, but there are some surprising parallels: They were forced out of their native and ancestral homes. They spent years of hard work and frustration making their way toward the American dream, believing that this land still has its doors open to those yearning to breathe free.

And ultimately, as some of the relative few who’ve completed that long journey, they’re running their own food and hospitality businesses, a career that neither Gold, a career military man, or Hasta Rai, a math teacher, student (and, briefly, school-bus driver), might have imagined in their homelands.

Mark that down, in considerable part, to Louisville’s strong and active immigrant-service organizations — including Kentucky Refugee Ministries (KRM), Catholic Charities and Jewish Family & Career Services (JFCS) — that have brought thousands of refugee families here and have been instrumental in kickstarting many food-service and other small businesses by refugees in Buechel and throughout the metro.

Both Gold and the Rai brothers found their way to Louisville through KRM sponsorship, and the Rais got an additional boost when KRM’s work-placement operation found Harka a job four years ago at Caffe Classico on Frankfort Avenue.

Harka arrived with almost no English and even less kitchen experience, restaurant owner Tommie Mudd said with a laugh. “He just stood and watched for the first few weeks,” but then he took off, and quickly rose to a position as chef. “He’s an amazing worker,” Mudd said, adding that Harka surprised him with a legacy, introducing his friend Buddhi, another Bhutanese/Nepalese immigrant, to take his place in the kitchen.

Gold said he was inspired to start an international grocery after seeing “a Russian market on every corner” while visiting a Russian friend in a Russian-American section of Brooklyn. He soon found that Louisville’s many immigrants — and seasoned travelers, too — were delighted by his all-European selection of deli meats, fish and specialty food.

The Rais, too, perceived a ready market for Nepalese and Indian dishes in their migrant neighbors — KRM’s work has brought a substantial community here — but initially thought that American diners would demand American fare. A three-cuisine menu proved tough in a one-cook kitchen, though. When they found to their delight that Louisville folks are interested in trying Nepalese cuisine, they quietly dropped the “American” page from the menu.

Like their Bosnian, Palestinian, African, Indian and other neighbors along this short Buechel stretch, the Rai brothers and Gold say Louisville has become home. “It’s  better life,” Hasta said. “Once we got here, it’s better.”