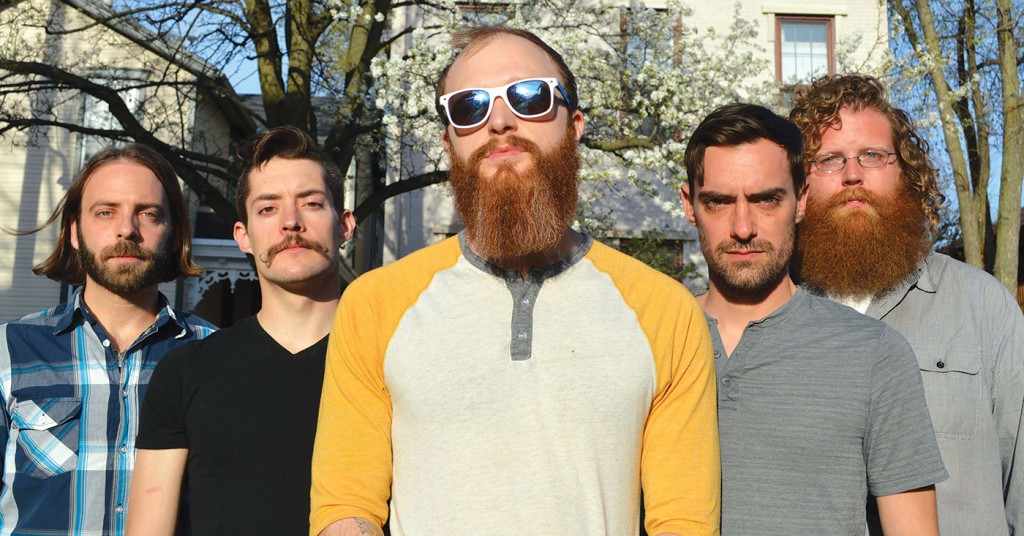 Shadwick Wilde is a Louisville-based singer/songwriter and frontman of Quiet Hollers. The group began gaining recognition in 2013 with their first album “I Am the Morning” and will be self-releasing a self-titled sophomore album on Oct. 23. Before the pre-album release party at Headliners Music Hall on Saturday Oct. 17, LEO caught up with Wilde to talk about the new record.

LEO: I have been playing the new album around the house, and my roommate said he thought it was one of the best albums of the year. I have to agree to that. It is an extremely solid sophomore effort. Besides a congratulations on a great album, and all efforts put into releasing an album yourself, I suppose my question would be: Has it been difficult receiving the praise for your songwriting while at the same time not finding a record label to release your work?

Shadwick Wilde: I can’t say it’s been difficult receiving praise! We’ve been getting some nice reviews as of late, and a little validation goes a long way towards feeling like what we’re doing with our lives is worthwhile. I haven’t been as concerned, in recent years, with finding a record label … or with one finding us, really. I’m just excited and grateful to be able to continue making music and playing for people. And please thank your roommate for the kind words.

LEO: That’s an extremely good outlook to have. And I will tell him. He also said he thought the album was a mixture of Bruce Springsteen and REO Speedwagon. I know musicians generally dislike when others try and guess their influences, but I do see what he meant by a possible mixture of pop and Americana. The first album was more country driven, with acoustic guitars and banjo, and aside from some fiddle, the new album has a very different feel. Can you speak of your influences for the current album?

SW: I’ve always wanted to be the kind of songwriter that doesn’t limit themselves to the constraints of a particular genre. While there’s definitely something to be said for choosing a genre and exploring the territory within its spectrum, I’ve been finding myself giving way to whatever form my songwriting takes, and letting the song kind of decide where it wants to go, which way it wants to lean, on a case-by-case basis. I didn’t want to make the same album twice, is what I mean, I guess.

LEO: There’s a lot to be said about allowing a song or album take on a personality of its own, and, in the processes, possibly allowing the artist to explore oneself in the process. I’ve noticed this between your first and second album. The first album had hints of optimism such as “Some Day Darlin” and “Not Oceans Not Skies.” The new self-titled album seems to have a darker tone. World destruction and collapse of society are themes with songs like “Flood Song” and “Mont Blanc.” Can you speak of this personality change between albums?

SW: With the collection of songs on “Morning,” the lyrics dealt with introspection, personal philosophy and maybe even optimism, though I don’t like that word. With the songs on the new record, I was trying to reach further than my own experiences for inspiration. Instead of having to have every song be some kind of autobiographical charting of my own misadventures, I tried to let myself be a channel for some of the characters in the songs, trying to experience another person’s perspective through the lens of my own consciousness in an earnest and frank kind of way.

LEO: You don’t like the word optimism, that’s a solid statement.

SW: I also listen to a lot of NPR news in the car, and that can make for a pretty grim worldview, I think.

LEO: I do the same thing. Sometimes, it helps to explore the troubles other people are experiencing, versus having to constantly think about our own.

SW: Yes! And being so self-centered can make for a very boring body of work, if a songwriter isn’t looking elsewhere for material.

LEO: The album does seem to have the feel of someone who has been fighting for a long time. Perhaps of someone who is tired of the struggle, or of someone who has finally accepted that life itself is a struggle and within it are moments worth reflecting on. “Summer Song” is a good example of this. Can you speak to this, and how much of your personal life influenced the new album, or perhaps is this an example of exploring a world outside of your own?

SW: I can’t fully divorce myself or my personal life from my music. Some artists can, and remain honest and graceful in that. Luckily, just deciding to be a musician or an artist in this abundance of content that is our cultural world is in itself a struggle, and the struggle is real. One grows older, hopefully wiser, begins to see the scope of the insignificance of a human life, and either falls into the black depression hole, or tries to make peace with the fact of life’s constant battle to be meaningful.