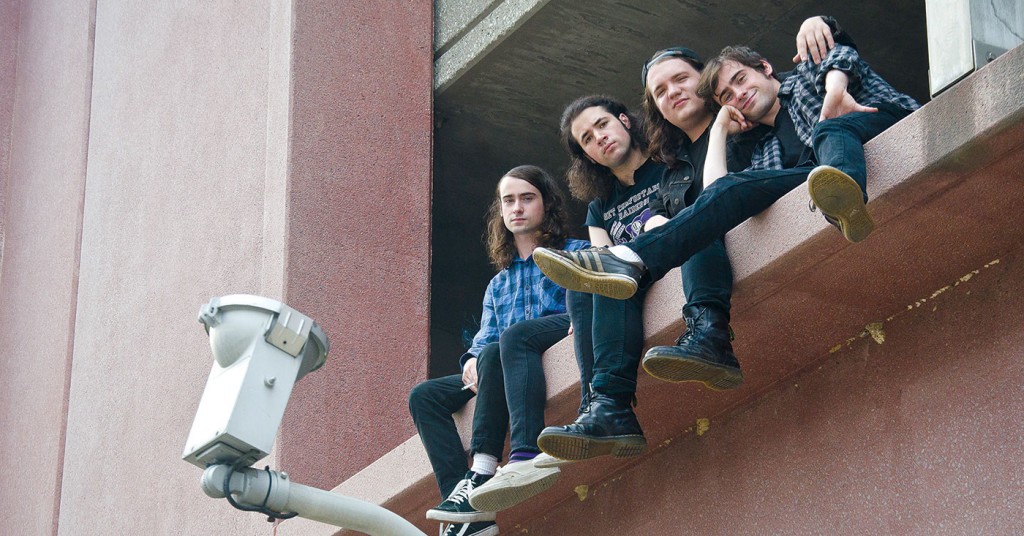 This Saturday at Haymarket, The Pass and White Reaper will be playing cover sets spanning different decades. The Pass — a gleaming, danceable synth-pop band — will cover the ‘80s, and White Reaper — a fuzzed-out, punk-infused rock band — will cover the ’70s. Even if each band is venturing into new territory — in terms of learning new songs — the decades selected by each band have obviously served as a source of inspiration based on their original material, so we asked members of The Pass and White Reaper why they chose the songs that they did.

“The Promise”
by When in Rome

“We picked this song because it has both an infectious yet haunting synth-heavy intro, and a great chorus. When it was released in 1988, critics said it was a carbon copy of New Order’s radio-friendly dance-rock, which many have unsuccessfully tried to replicate. It’s also extremely bold. The chorus starts with ‘I’m sorry,’ then continues to list a string of insecurities that ends with a promise to make the girl ‘fall for me.’ The notes convey an excitement about the declaration while the lyrics reveal the uncertainty. It’s a perfect intersection of vulnerability and unchallengeable mania.”—Kyle Peters

“Gary Numan is a very influential musician, specifically in electronic and synthesizer music. Hopefully a lot of people recognize the song ‘Cars,’ although the average showgoer may not be very familiar with a lot of Gary Numan’s work. So, this song kind of meets in the middle. And we do a pretty wild little rendition of it. All the synthesizer glory.” —Will Roberts

“Maneater”
by Hall and Oates

“We originally were going to do a Hall and Oates theme for the whole show but decided on just some of the hits so we could add other songs we liked from the decade. This song is just a staple of 1980s American pop music. Great melodies, driving beat, corny music video. Perfect for a Halloween party.”—Will Roberts

“We’re doing it. We sat down and learned the whole song. We love Black Sabbath and we chose this one because it’s like the first song any guitarist ever learns and we finally have an excuse to play it live. It’s gonna be pretty goofy, but it’s gonna be really fun.”—Tony Esposito

“This song has a very special place in my heart, because it was the intro song for ‘Tony Hawks Pro Skater 4.’ RIP, my angel boy Bon Scott.”—Sam Wilkerson

“Smoke On The Water”
by Deep Purple

“Chill out, crack open a cold one and smoke da ganj.”—Nick Wilkerson •