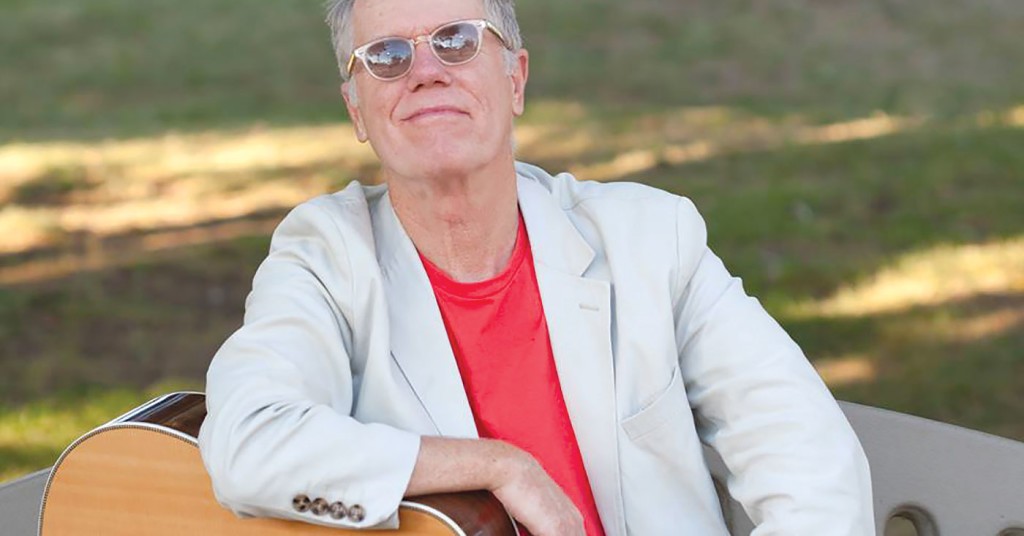 Forty-five years ago, the simply-titled “Loudon Wainwright III” came out. Fittingly enough, five years ago a massive retrospective (four CDs and a DVD), “40 Odd Years,” was released. Looking back didn’t mean not looking forward, though, as Wainwright continues to write and record, with 2014’s “Haven’t Got the Blues (Yet)” being the latest installment in his discography. And, if he wasn’t busy enough with his long-running musical career, he has acting credits dating back to 1975, in the television version of “M*A*S*H,” that continued through “Pleased to Meet Me,” a 2014 film with enough connections to Louisville to merit an article of its own. Wainwright returns to Louisville for a concert at the Clifton Center, whose under-500 capacity Eifler Theater will provide an intimate environment for this event.

“Haven’t Got” presents the listener with a wide range of musical settings, from the R&B-styled opener, “Brand New Dance,” to klezmer (“Spaced”), to the folk blues of “Depression Blues” (name checking Lightnin’ Hopkins and Blind Lemon Jefferson) and more, all adding an additional dimension to the sometimes wry, sometimes tender lyrics. Wainwright spoke to LEO before starting the fall leg of his tour. He discussed how he worked with producer David Mansfield, who crafted the instrumentation and arrangements for the new songs.

“I would send him the songs, just the voice and guitar and we would discuss what genre would work,” Wainwright says. “That’s how we made the record. Every time I sequence a record, you get the 12 or 13 songs. I know people don’t really listen to music this way anymore, they put them on playlists and jumble them around, but I like to think that somebody has one of my records, puts it on in the car or home, and plays it as intended.”

Wainwright’s relationships have been part of the public’s perception, and family issues have played a large part in his songwriting. His first marriage, to Canadian singer and songwriter Kate McGarrigle, led to the birth of two singer/songwriters in their own rights — Rufus  and Martha Wainwright. Martha joins her dad on harmony vocals for “I Knew Your Mother,” a sweet remembrance of better times, when “love was the means and you were the end.”

“That song was about Kate,” Wainwright says. “With Rufus and Martha, we have some great singers in the family.” When I told him that I want to play it for my daughters because of its uplifting emotional impact, he replies, “That’s my job — to hit you!” Asked if he was writing new music: “I’m always trying to do that. The most recent songs are mainly about family. In fact, we recently did a family vacation, a tour which we dubbed ‘Meet the Wainwrights,’ featuring myself, Rufus, Suzzy Roche, Sloan Wainwright and Lucy Wainwright Roche, with a stay in Alaska.”

Given the varied musical settings on the album, one might expect Wainwright to tour with a band. However, he says he is touring by himself, noting that the songs he performs started as solo pieces: “I can do all of them.” However, there’s more to it than simply standing on a stage and singing. With experience in the worlds of both singing and acting, Wainwright has blended the two art forms into an 80-minute stage production, “Surviving Twin.” His father, Loudon Wainwright, Jr., wrote a column titled “The View from Her” for Life Magazine for many years. “Surviving Twin,” described as a “posthumous collaboration,” interweaves the father’s writings with the son’s songs, exploring the father-son relationship as well as other universal themes. Asked if he is performing this on the upcoming tour, Wainwright replies that he is not, but that there will be segments interspersed into his concert. With 45 years of record-making and counting, and with at least 25 albums to date, LEO asked about how he chooses his setlist when he goes on the road.

“With a couple of hundred songs, some get put out to pasture,” he says. “Then I’ll go back and remember something; then it’s a shuffle, anything’s possible.”

With songs ranging from deeply introspective to wildly humorous, he says that he balances the emotional content by first picking the songs, then he sequences them for performance. He also laughingly notes that sometimes he just tricks people, lamenting that, “There aren’t too many people left to trick.” More seriously, he comments that, “If it’s not interesting to me, the audience can pick up on that.”