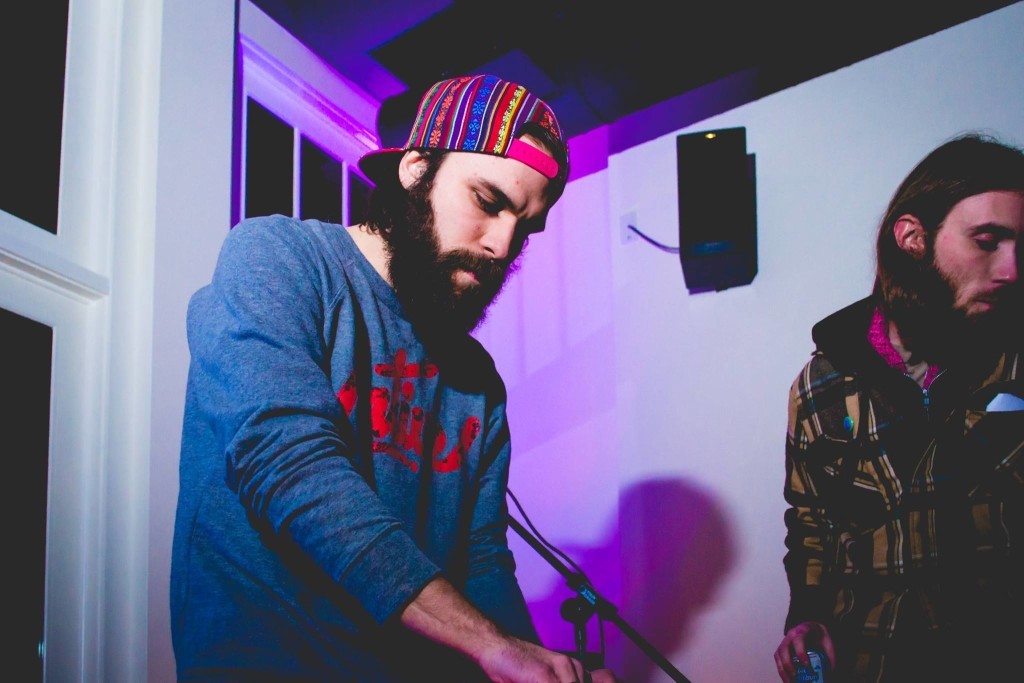 Dr. Dundiff – “I Shot An Arrow Into The Air”
Whether it’s hours logged in practice or just some kind of magic or voodoo, there is something so utterly joyous about Dr. Dundiff’s beats that absolutely transcends the confines of the genre. Dundiff isn’t just a top notch hip-hop producer, but a painter that uses sound as his medium. With “I Shot An Arrow Into the Air,” the prolific producer again demonstrates his nearly peerless acumen as a beat maker, with a track that has a calm and quiet cool that breezes in and out of your consciousness and leaves you wanting more. Dundiff makes this shit seem easy, like what he’s doing is doable by just anyone, but he really has an ear for finding and assembling just the right samples into the perfect package. It’s immediately easy to see why so many choice emcees gravitate towards the guy, given his skill at making some of the most righteous tracks in the city. This guy is on fucking fire.

Jaye Jayle – “Sugar Ran Wild”
There is an interesting dynamic in Jaye Jayle that exists somewhere between the visceral riffage of Young Widows and the melancholic western of Old Baby. Granted, this certainly veers much more to the latter than the former, but there is something so thick and viscous about the guitar lines that makes it reminiscent of singer and guitarist Evan Patterson’s more rambunctious works. That the lineup is almost entirely the same as Old Baby, given just the shuffling of a few folks to different positions, certainly lends to the comparison, although from a purely critical standpoint, the similarity is certainly more relative to the indie-inflected blues. This is pensive music that seems intentionally written for nighttime drives and porch-drunk whisky sessions — looking off into the darkness to find whatever truth is out there for you.

Dom B x Cave DWLR – “Mushroom Kingdom Bandits”
For generations now, video game music has become a staple of the musical landscape, be that in the modern scores to games like Grand Theft Auto and Skyrim or a more old school take on 8-bit classics. That’s where Dom B and Cave DWLR come in with “Mushroom Kingdom Bandits,” a nostalgic ode that pays equal tribute to Super Mario Brothers — the sample source for much of the music and sound production here — and a fascination with the kind of limited sonic options that the classic Nintendo or Genesis offered. It’s that kind of minimalism by way of bit-crushed beats and simple synth work that served to make millions believe that it’s the melody, not the instrument, that can carry a good song. And this track is a love affair to that. Cave DWLR’s production is on point, and emcee Dom B pairs a smooth flow and a rhyme scheme that positions the music of your childhood with modern world conceits about society and whack rappers.

Cat Casual and the Holy Midnight – “Carved”
It’s rare that you can find something comparable to Nick Cave and the Bad Seeds without it coming off as overly derivative, but Cat Casual and the Holy Midnight made it happen. Fronted by William Benton, the aforementioned Cat Casual, the band somehow manages a sound that balances the plodding creepiness of a dirge with a kind of dynamic grace that shifts gears seamlessly, without ever leaving anyone behind. Each instrument is a picture of coiled restraint, tightly wound and always ready to strike, but never quite getting there. It’s that tension that simmers without ever boiling over, sauntering and lurking in the background. “Carved” is a haunting work of art perfect for the Fall.

Twin Limb – “Don’t Even Think”
It’s amazing how much space is left on “Don’t Even Think.” A lesser band would have filled it up with as much noise as possible. It’s that total control and mastery that makes for such a luscious, ethereal sound — one that you can so easily get lost in. Hell, I’ve listened to this song on repeat now a few different times and it never troubles me to play it again. Singer Lacey Guthrie’s voice is sublime and inviting, like a siren calling you through a deep fog of ghostly guitars, hushed accordion swells and distant drums.

Shawn Sleeps Naked – “Voided Side 2”
The only all-instrumental track on this list — not counting the vocal sample at the beginning — “Voided Side 2” is a light-hearted affair that recalls the sweetness of a new romance. Carried by a simple piano melody, it’s easy to love yourself in the song, like the soundtrack to the life that you didn’t realize that you were leading until that very moment. The opener on the “New Autumn Festival Vol. 1” compilation, Shawn Sleeps Naked set the bar impossibly high for agreeable harmonies.. The production here is fun, like it was recorded in a house or in someone’s room, which is not meant in a derisive way — this sounds great — but in that it seems very familiar, like home. This is comfort food for your ears and that’s a great thing.