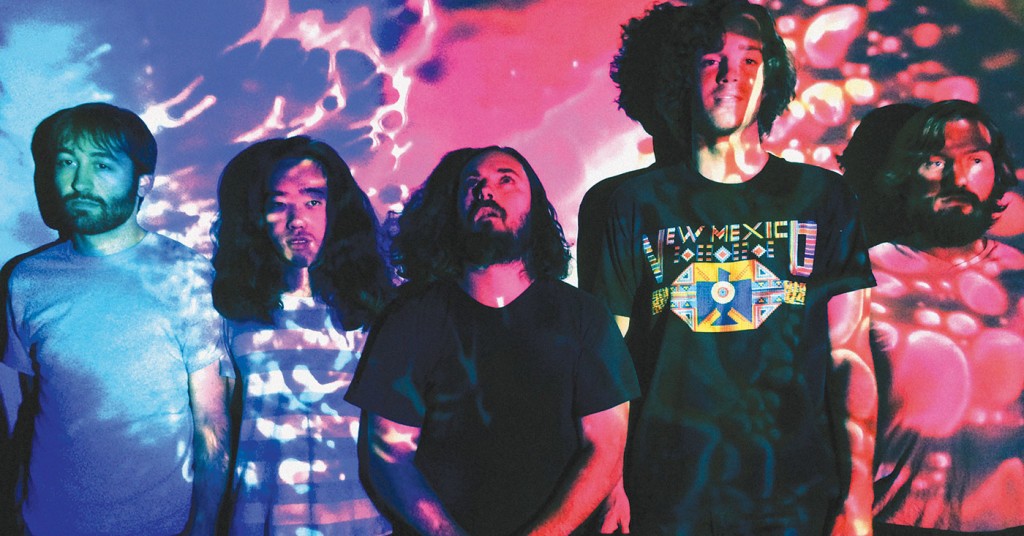 Cereal Glyphs – “The Well”
There is no reason that Cereal Glyphs would not have been a household name in the ’60s or ’70s, with a garage rock-influenced pop that is incredibly infectious and easy to listen to. They have that kind of magic where they can make even their rowdiest barnburners seem radio friendly, as each song is ultimately tempered with that kind of accessibility that made the Beatles and Stones what they are today. Cereal Glyphs are in the best possible way Louisville’s answer to Ty Segall or even a little like Kurt Vile — musicians that stack up riffs high for a big, and often-stellar, sound. That this was the brain child of Andy Myers makes it all the more remarkable that any one person has such a clear and imminently listenable vision. Myers and company get it, and “The Well” is a superb example of his ability as a composer.

Futch – “Anxiety”
The lyrics are screamed or grunted as if the vocalist is performing while throwing cinderblocks at his enemies, but it couldn’t manage to be more ideal for what the rest of the band is up to. This is rowdy music meant to scare your parents into thinking that you worship the devil or something, when really you probably just don’t care about any of that, but hate your job or are frustrated over a break up — you know, like how everyone feels at one point or another, but with a lot more overt rage. This is a short track and one that gets in and out without too many fucks given, privileging shorts blasts of energy that perfectly convey the theme of anxiety here to maximum effect.

New Bravado – “Adelaide”
The New Bravado are a breath of fresh air, a kind of fuzzed-out, psychedelic trip that gets you right in the feels. There is a Queens of the Stone Age vibe here, albeit with far less metal influence and far more of a breezy Jesus and Mary Chain thing going on. The guitars shimmer like mirages in the heat, while the bass and drums plod along in the background, engines ever driving the beat along. The vocals are airy, but confidently delivered in a way that dials you right into the narrative, albeit a narrative of your own choosing, as I can’t quite make out the details of the lyrics. None of this is a bad thing either, although this track does serve as a poignant reminder that as the Night’s Watch already knows, the winter is coming, and our days of sunny weather are behind us, at least for now.

Satellite Twin – “Cracks and Stains (on the marquee slogan)”
I love that kind of Fugazi slink that Satellite Twin pulls off on their tracks, a sauntering groove that has the faintest hints of dub seamlessly tucked into indie and even prog rock tropes. The real magic here is the ease by which the band blends their influences into a cohesive whole that exists as more than just a summation of their interests, for a sound that, and this is cheesy I realize, is timeless and evergreen. In fact, their recently released “The Mechanical Hearts EP” (out on Gubbey Records) is a fantastic artifact of the band’s career, emblematic of their evolution in so many ways, but not in a way that may alienate fans of their previous efforts. This is what a band that’s locked in tight makes, and you can hear that from the DIY recording to the beautiful artwork.

Nmesh  — “アンチ技術のマジェスティックビューティー”
Part of a split with Telepath on the internationally renowned Dream Catalogue label, Nmesh rides high on that vaporwave, long may it crest. For the astute here, you should pick up. This is dreamy music that privileges ephemeral soundscapes and repurposed commercial music to create a kind of futuristic noir that exists outside of time and space in its own little niche. Sinister vocal samples sliced to the point of incomprehensibility — coupled with slick guitar leads and smooth keyboard drones — paints this faux-sterility undercut by his masterful and insightful production. It plays like a haunted VHS tape from an alternate future — you get lost in the haze and it’s a great thing.

Skull Avalanche – “God”
You can add the upcoming Skull Avalanche release, dropping this Halloween, to that short list of amazing hip-hop records released for free. They are in good company here alongside the likes of Death Grips, Big K.R.I.T, and the almighty Run the Jewels as artists who have dropped fire from the heavens for far less than it’s worth. I would gladly pay full price for this album, but getting it for free is an early Christmas gift to the world. Featuring emcees Nacirema and Touch AC with production duties split between Dr. Gonzo and Filthy Rich, Skull Avalanche bring the heat with “God,” which features an intense beat and the sort of clever rhymes that you would expect from either rappers. The biggest crime here is that it’s taken this long for the group to put out a full-length record, remedied here with a tide-me-over until this weekend’s full-length release.