It’s almost like a bad dream that none of us can awake from. It has happened again. In America, the most prosperous land on Earth, in the land with the most opportunity, people’s lives are cut short, almost daily, in mass shootings. We are not safe anywhere anymore. And this is no exaggeration; at school, at work, on the interstate, at church, at the spa or hairdresser, at the grocery store or at the movies. In America today, you are better off, and most likely to live to see your next birthday, by staying at home 24/7. No place is safe anymore.

Again this week, President Barack Obama addressed the nation on the heels of a tragedy.  In reference to the most recent shooting at an Oregon community college, he said, “The reporting is routine. My response here at this podium ends up being routine. The conversation in the aftermath of it … We’ve become numb to this … We talked about this after Columbine and Blacksburg; after Tucson, after Newtown; after Aurora, after Charleston.”

The question that clearly arises for me is this: When is enough, enough? How many more people have to die, how many more people have to be shot, before something is actually done about it? The Washington Post has noted that since November 2012, there have been 994 mass shootings in the United States. Almost 300 mass shootings have occurred in 2015.

Esri UK, a mapping company, used data from the Gun Violence Archive to map and study mass shootings in America (every incident where four or more people were shot). They found that there has not been one week this year (2015) without a mass shooting in America. Meaning there has not been a seven day stretch this year in which four or more people were shot in the United States. If you look at the FBI’s definition, however, an incident is only labeled a mass shooting if four or more people are killed. Using this criteria, there have been 45 mass murders this year.  America also has one of the highest gun violence rates in the world; 10.65 gun deaths per 100,000 people per year, compared to 0.26 in the United Kingdom.  I don’t know about you, but that makes me sick to my stomach, and it definitely makes me a lot more aware of my surroundings on a daily basis.

Now, I know there are competing theories and beliefs on whether or not more gun control is necessary and whether or not there needs to be more hoops for folks to jump through before they can purchase a gun. I’m not going to touch that … yet … but what I will say is that we need to take a serious look at the numbers. The last year that the Center for Disease Control and Prevention (CDC) collected data on firearm related deaths in the United States was 2013.   In 2013, the number of firearm homicides was 11,208. This number is the amount of intentional homicides by firearm in the United States in 12 months. That’s 30.7 deaths by firearm each day. In total, firearms are the cause of death for more than 33,000 people in America every year. This number includes accidental discharge, murder and suicide. Thus far in 2015, there have been 39,449 firearm incidents according to the Gun Violence Archive, and 9,940 people killed. To quote The Guardian, “Guns kill more people in America every six hours than terrorist attacks did in the entire year of 2014.”

Not only are these numbers alarming, they demonstrate the need for our community leaders and elected officials to change the conversation. Less bantering about things that only matter in election years, more conversations about things that matter every day like the fact that people all across America are looking over their shoulders all day, every day.

This is not a routine matter, nor should we resign to the “stuff happens” motto of one of our Presidential candidates. It’s gone on too long and we as a nation have done nothing significant to stop it. If we continue to accept this way of life, our children will never be able to play outside unafraid. To me, that is not a free country.

This is not a mental health issue. It is not a particular neighborhood issue or cultural issue. Stop the political charades. The time for gamesmanship has long past us. This battle is not about violating anyone’s 2nd Amendment right to bear arms. This is an access to guns issue. We cannot mourn yet another shooting, change nothing in our legislation or our culture, and expect this not to happen again.

Following this week’s Twitter trend, I will close with this: If I ever die in a mass shooting, don’t apologize to my family, act unbothered because there were several opportunities to prevent such madness and nothing was done. #NoMore 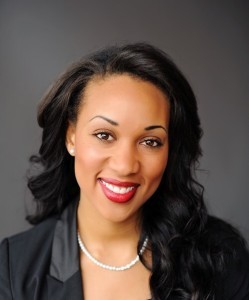