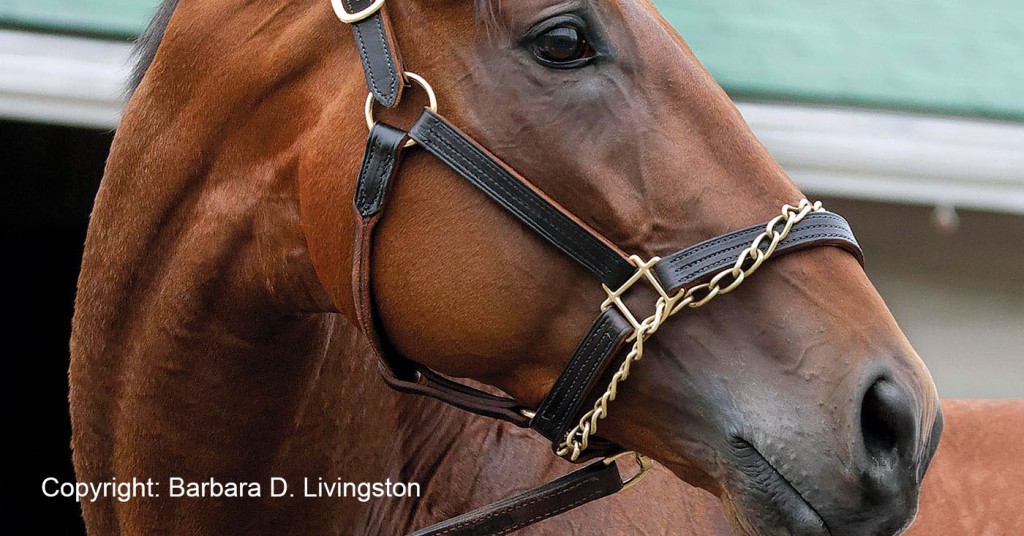 Many people — including this racing fan — are rooting for American Pharoah to go out in glory Saturday at Keeneland. The 2015 Triple Crown winner faces a crack field of 10 in the $5 million Breeders’ Cup Classic, a 1 ¼ mile showdown that caps two days of Breeders’ Cup races. The Classic will be the final race of Pharoah’s career. He heads next to stud duty at nearby Ashford Farm.

So what can we do to help?

Well, nothing, of course. Even if we set up a conga line along the rail at Keeneland and rooted our lungs out, Pharoah probably wouldn’t hear it. He wears ear plugs. And, of course, horses don’t respond to the wishes of humans.

Anyone on the scene through the Triple Crown series — on the backside at Barn 33 when he was at Churchill Downs, or in the stable areas at Del Mar, Saratoga, Monmouth and Santa Anita — might well believe there is something different about American Pharoah. “This horse,” trainer Bob Baffert says, “he’s not like other horses.” And Baffert isn’t just talking about American Pharoah’s speed and endurance. American Pharoah will run because he was born to run. And he’s going to dig deep when the going gets tough late in a race — as he did in winning the Kentucky Derby — because that’s what marks thoroughbred champions. The guts. The will to win. The courage. It’s something Pharoah seems to have in spades.

But, there’s something more. This reporter has been around the track for more than half a century, and seen every kind of racehorse, including some that act like pets — while the stars of the barn would rather bite you. But we’ve never, ever, seen a top-class horse that can go on the Today Show and stand still between Baffert and jockey Victor Espinoza — just looking into the camera. Or happily reach his head out while dozens of people pet him. Little kids and old timers posing for pictures with a Triple Crown winner. Pharoah and his ‘People.’ All the Lloyds of London must be spinning in their graves.

But that was then. May, June and July. Horses move through their careers in cycles. You’ve heard the term, “in form,” meaning the horse is going good. Or “over the top,” meaning the horse has lost its edge. Clearly that happened with Pharoah late this summer. The horse probably should have gotten more time off after the Triple Crown, but didn’t. Despite glowing accounts from some news sources, one knowledgeable observer confided that the horse didn’t look happy, and was “splaying his feet” as he worked.

In the meantime, very formidable competition has stepped forward to contest the Classic, including Beholder, the champion filly who blew away older male horses in the Pacific Classic under jockey Gary Stevens, and Honor Code, who comes like a late flash under Javier Castellano. Others include Keen Ice, who beat Pharoah in the Travers, Frosted, Tonalist, the 2014 Belmont Stakes winner and a “new” horse called Smooth Roller, from California. A tough bunch.

Just in the past two weeks, American Pharoah seems to have turned it around. I loved his last work at Santa Anita, because he looked like his old swift and happy self — whistling, if you will, while he worked. Picking up his feet, striding long. A look on his face. And my same source says the mahogany bay is thriving now.

It’s almost like Pharoah has realized it’s time to do his thing. Like he’s getting a vibe from his People.

I know. It’s ridiculous to write such a thing about a racehorse. They’ll probably pick up my press card. And laugh at me at the $50 window. But that’s the way it seems.

At The Breeders’ Cup betting window

Now, for all the other races. It’s the same tough Breeders’ Cup card as ever. Four Breeders’ Cup championship races on Friday, plus nine on Saturday. All full fields. Plenty of handicapping mysteries. And plenty of ways to bet.

All the Breeders’ Cup races will be simulcast at Churchill Downs. For home bettors, Twinspires.com and TVG are the leading advance-deposit Internet wagering platforms. NBCSN will air all Breeders’ Cup races, with regular NBC network coverage of the final four races Saturday beginning at 4 p.m., including Pharoah’s Classic. One imagines the TV features accompanying the live broadcast from Keeneland will be special this year, set in the Kingdom of the Horse.

First, one should key the European shippers in all the turf races. It’s their game.

Second, jockey Ryan Moore is the top rider in England, in the same class with Javier Castellano, Gary Stevens and Mike Smith — the top U.S. riders with big money on the line. Maybe add cool John Velazquez and young comer Irad Ortiz Jr. All season, trainers have positioned themselves to line up those jocks, and all will be on live mounts. (As in years back when Jerry Bailey and Pat Day rode so many winners.)

Finally, I think of the Breeders’ Cup in three parts. The four races on Friday might be a spot for a nice-sized pick four. A lot of horses spread over four races: Don’t over-invest. Let ‘em run, see how you do. A longshot I like on Friday is Stellar Wind.

Then I would take the first four races on Saturday, and Pick Four of those, too. Biding your time. Got a horse you like? Wheel it in the exacta for a dollar. (Call: $1 exacta wheel: Your horse number, with all.) A race with 14 horses costs $13 to wheel one — with a chance for gold and glory.

That gets us to the SPRINT — which I have never picked (correctly, that is) in 31 previous Breeders’ Cups. This year, my plan is … Wait! Why are you running away?

Then the final four races, all telecast by NBC.

MILE: This is the most exciting fandango in racing, a two-turn grass race that’s been won by horses leading every step of the way, and also won by the very last horse to come on from the back of the pack. U.S. and European horses. Famous fillies beating colts. Like Goldikova. And long shots such as 30-1 Japanese-bred Karakontie last year at Santa Anita. I will make mine Make Believe.

JUVENILE: These are 2-year-old colts eligible for the Kentucky Derby next spring, though the Juvenile seldom seems to impact the Run for the Roses. Maybe Greenpointcrusader.