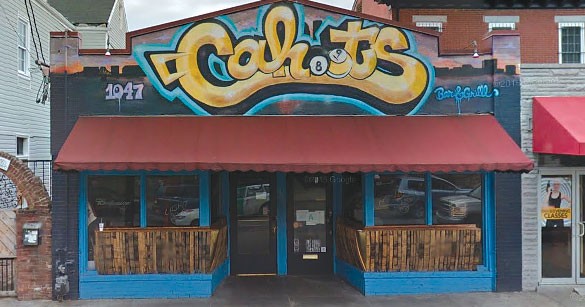 The Public Safety Committee took up its initial discussion of the amendment at its Sept. 16 meeting — one day after the ABC Board discussed pulling the bar’s license and after the Economy Inn failed another health inspection. At the Oct. 22 council meeting, David Yates (D-25) said he was confident the revised ordinance would be “effective in handling the public nuisances we have.”

The amended ordinance, written with input from the Greater Louisville Hotel and Lodging Association, gives the city the power to shut down the Economy Inn if there are five arrests per every 100 rooms over a 60 day period. It also makes owners legally liable for illegal activity in each room — a departure from the previous ordinance which did not hold owners liable for the actions of hotel patrons.

The language in the ordinance could also impact Cahoots, which has managed to stay open despite being targeted by the Original Highland Neighborhood Association (OHNA), the ABC Board and council members like Tom Owen (D-8) who suggested cutting last call back from 4 a.m. to 2 a.m. in order to soothe the OHNA’s concerns over the patrons attracted to Cahoots. The city could potentially shut the bar down if there are five arrests in a 60 day period for any number of activities ranging from prostitution and gambling to drug trafficking.

Ordinance sponsor Steve Magre (D-10) said he hoped the amended ordinance would be “a new tool for police and other professionals” in fighting issues the previous ordinance did not. The original nuisance ordinance was written in the 1990s to cut down on what was perceived as a problem with public drunkenness, but did not give the city enough teeth to go after properties and property owners deemed problematic by the police, the health board, metro council, human rights activists and, apparently, the OHNA.

In response to Mayor Fischer’s attempt to remove administrators from Neighborhood Place, the Metro Council voted to limit the mayor’s budgetary discretion through an amendment sponsored by Barbara Shanklin (D-2) and Kelly Downard (R-16) that requires Metro Council’s approval of  personnel changes or other restructuring at Neighborhood Place. While the majority of council members supported the amendment, some questioned whether the council was overstepping its authority.

Tom Owen (D-8) voiced concerns over the future power of future would-be mayors. “With my tongue in cheek, I see two of us who asked to be mayor of this city. I see nine of us who want to be mayor of the city. And I think I would say to the nine of us that we need to express some caution about the way our government is structured,” but added, “I think it’s clear that the administration flubbed up in how it handled this issue.”

Brent Ackerson (D-26), who admitted to being the one “no” in the Budget Committee vote, said while he supports Neighborhood Place “the best case scenario is that we’re treading into a gray area,” he said. “The worst case scenario is that this is a breach of powers.” David James (D-6) said, “If we don’t stand up for these people,” referring to the population served by Neighborhood Place, “no one will.” David Yates (D-25) put forth a motion to table the change until it could be discussed further. His motion was defeated and the language change was approved by a vote of  20 to 3. The three “no” votes were Owen, Hollander and Ackerson.