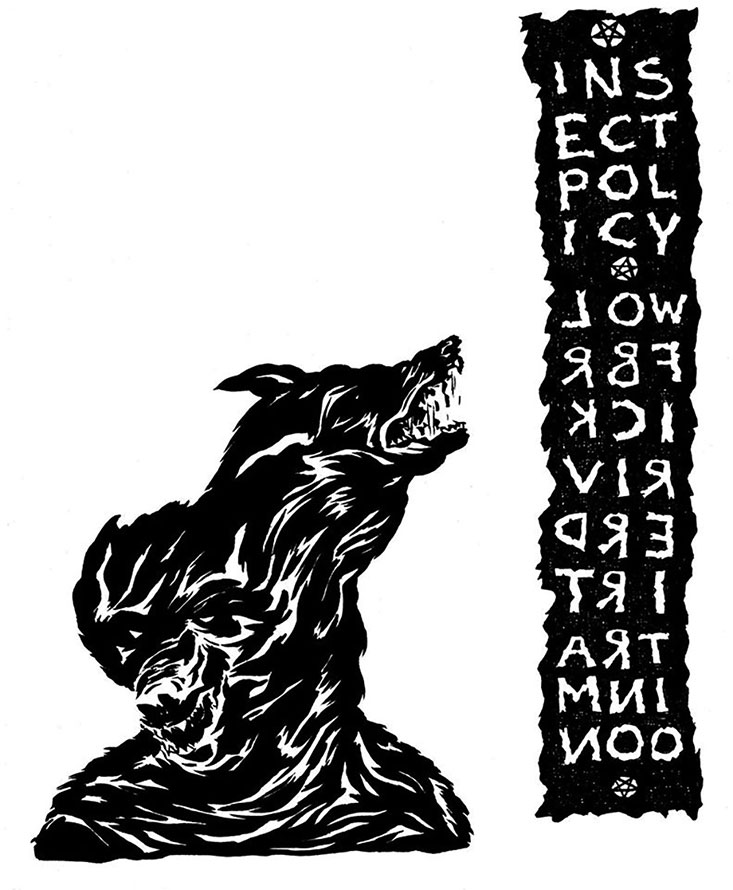 Describing Insect Policy is like trying to describe the color orange to the blind. It’s not that the music here is without precedent, as there are ample no wave roots and a dash of proto-Swans industrial clang that, at times, veers into more conventional — comparatively so, at least — garage rock territory. The riffs on the album, at least when they appear, are dense and visceral, the singing snarled and spat with a gleeful nod to squalor and abandon. It’s that disregard for form or structure that brings out the best in the band, defying any easy categorization, while commanding your attention, ultimately making them really compelling.