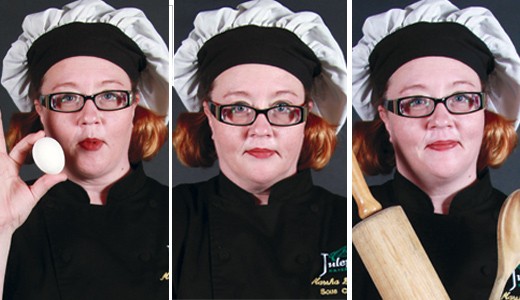 Expediting the pass at a busy restaurant takes special skill. The expediter has to be precise, has to speak to everyone on the line, has to bring everything together like an orchestra conductor to ensure that every table’s food goes out on time and in concert.

Some restaurants have a system in which the server takes a table’s order and rings it all in — apps through entrees — at the same time. The ticket prints in the kitchen and goes on the rail, and the expediter must keep track of the dishes that have gone out and those that haven’t. Other restaurants employ a system whereby the server takes a table’s order and rings in the appetizers, then does other busy work such as fulfilling beverage orders, et cetera, then rings in the entrees as the appetizers or salads are being served. Both systems have their merits and both succeed or fail based on the skill of the servers, cooks, expediter, bartenders and how busy the joint is at any given time.

No matter how busy or not busy, the cooks and the expediter must constantly stay in close communication. During not-so-busy times, one of the cooks may be acting as expediter. But that expediter, no matter who it is, needs to know one thing all the time: How long until you’re handing me that dish? How long until I can “sell” it to a server or food runner? How long? Give me an estimate!

“I need chicken and waffles to sell!” might be heard over the fray. That means that everything else needed to serve the table is ready and waiting except one chicken and waffles entrée. So, things that are ready are already cooling off, perhaps under heat lamps, but “dying,” as we say, while waiting to be joined by its companion dish. “How long? How long, chicken and waffles?”

“Thirty seconds!” a line cook might shout. Now, that might be a real-world estimate, or — if you’re an experienced expediter and know this cook — you might know that actually means “about 90 seconds.” That’s OK, as long as everyone knows what the translation is. The expediter has to know the cooks. Time tends to warp on a busy hot line. Knowing that “30 seconds” really means “90 seconds to two minutes” is part and parcel of the expediter’s job.

“Four minutes!” is another sort of answer — an answer that causes face-palms all around and probably means whatever it is hasn’t even begun to be cooked yet. Yeah, let’s string up a hammock while we wait for whatever that is to be ready.

“How long on that mid-rare T-bone and swordfish? Also looking for a pair of pot de crèmes on table nine, anybody?”

“In my hand!” comes the answer, one from pantry and one shouted from the grill. “In my hand” isn’t malleable like “30 seconds” is. “In my hand” means you’re getting it right now. Urgently. As in, the only thing that matters in my life this second is delivering this item to the pass. It’s finished cooking, I’m plating it and you will have it in the blink of an eye. You don’t mess around with “in my hand.” If you do, you become the boy who cried wolf, and you’ll have to work to build back the trust the expediter had in you. Look, the expediter doesn’t want to be lied to. She’s willing to work with a “30 seconds” means “90 seconds” translation, but if you say it’s in your hand, it had better be. She’s trying to bring a table’s order together.

Should you have the chance to dine where there’s an open kitchen, please take the opportunity to belly up to the bar and watch these folks work when it’s really slammed. You’ll see some eye-rolling and some gnashing of teeth, but you’ll also see the beauty of execution. You’ll see smiles flash between the cooks as things come together perfectly. You’ll see people run to the back kitchen for supplies, and you’ll see the bar back giving the bartender some well deserved ribbing for one thing or another — like a failed flirting attempt or forgetting to back up the scotch. You’ll hear “Just knock it off and bring me more ice, dude!” yelled laughingly.

You’ll also hear “in my hand, chef” approximately one thousand times. And then whatever that dish was will magically appear in the pass, ready to serve, along with everything else for the table or seats in question. Hopefully it’s your dinner!

Marsha Lynch has worked at many Louisville independent restaurants including Limestone, Jack Fry’s, Jarfi’s, L&N Wine Bar and Bistro, Café Lou Lou, and Marketplace @ Theater Square.  She currently works at Fontleroy’s, newly opened at the corner of Grinstead and Bardstown.