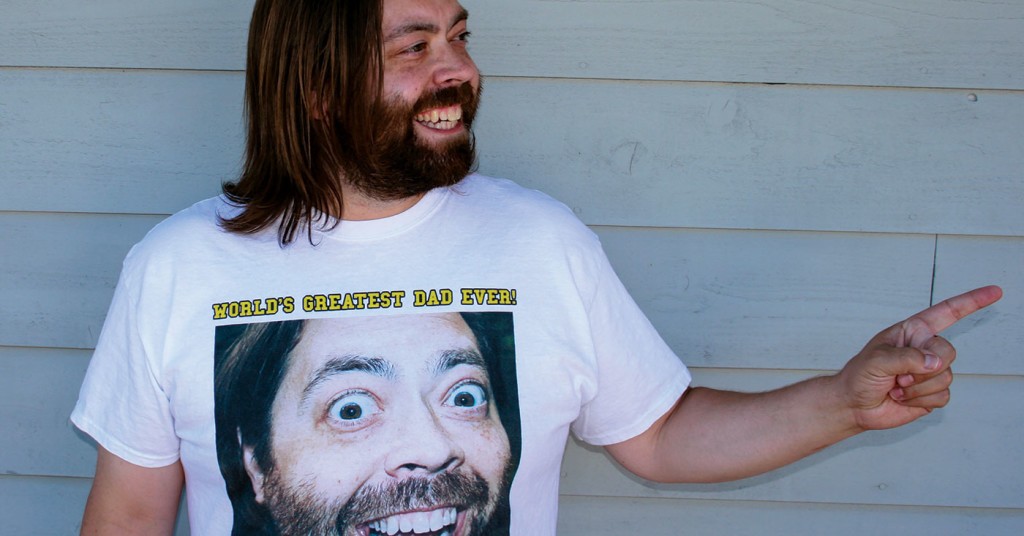 With his long hair and scruffy beard, Gabriel Rutledge may look like your weed-selling next door neighbor, but in reality he is a professional, very popular comedian who hails from the Pacific Northwest. The Washington native has performed on Nickelodeon, Comedy Central’s Live At Gotham, and Comedy.tv, telling insane true-to-life stories based on his roles as husband and father. He has performed at HBO Comedy Festival in Las Vegas and Laughing Skull Festival in Atlanta. He has also released two albums “Sometimes Laughter Hurts” and “Breeder.” This weekend he will headline The Laughing Derby and decided to check-in with LEO and chat about his career choice in comedy.

LEO: As a comedian what’s more interesting to you, performing live or the writing process?

GR: Definitely live. Coming up with material off stage is certainly a part of what we have to do as comedians, but definitely the performing is what got us all into this. I think at the point I am, as a 41 year old man, I would have drifted to other writing aspects of comedy, but I’m still hitting the stage because that’s the thing that drives me.

LEO: Does having weird pop-culture tent poles like The Kardashians or Donald Trump help with the writing process?

GR: You know, it should, but I prefer to be more autobiographical. I am an interested observer like all of us are, because I did bet my son $100 that Donald Trump would never be president, and I’m feeling less confident on that bet.

LEO: Should stand-up always be a grind, or do you work for it to get easier?

GR: That’s a goddamned good question. It does get easier, but I think even at the very, very top percent — if you were to talk to Jerry Seinfeld, he would probably have had one or two shows this year that were just the worst. Maybe he made a million dollars on the show, but it still wasn’t what he wanted it to be. And I think that’s always part of comedy.

LEO: Does that million dollar pay check make up for the embarrassment and insecurities of having a bad show?

GR: You know, you’d think it would; you’d think if you could dry your tears with a couple of c-notes that would help. But I’m going to guess no. Because even on a much much smaller scale, I don’t feel better about a bad show I got paid a lot of money for.

LEO: If a joke bombs would you rather get the awkward chuckle or silence?

GR: Oh, the awkward chuckle is way worse than silence. I’ll take silence at least you know where they stand, and you come by it honestly.

LEO:  What’s the worst heckle you’ve ever had?

GR: The most devastating heckle is “You’re not funny.” Because even if you’re killing it, having a great show, if one person says, “You’re not funny,” it’s tough to have a response. Usually hecklers are pretty dumb so that’s nice, but “you’re not funny” is hard to come back from. It cuts right to your neediness which you’re trying to pretend is not there in the first place.