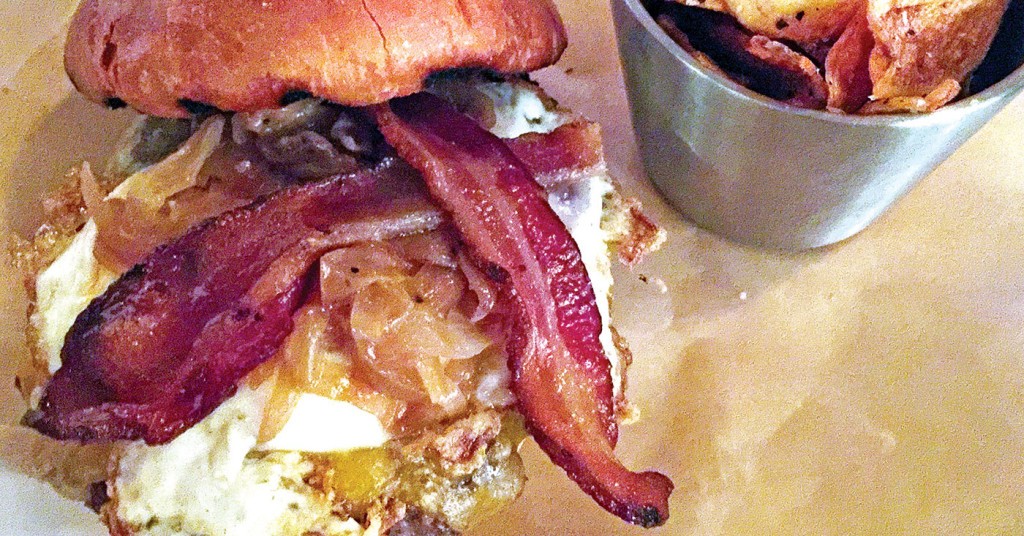 To hear the buzz emanating from the local foodie blogosphere you might think that the newborn Fontleroy’s represents the second coming of Chef Georges Auguste Escoffier or somebody.

They’ve got a point, too. There is a lot to like about Fontleroy’s. It’s Chef Allan Rosenberg’s latest venture, and he’s cheffed a string of winners with a relentless focus on food quality and creative preparation. Service is very strong. And our own Marsha (“Industry Standard”) Lynch whomps up some excellent desserts. It’s in a great Bardstown Road location, and it’s fun.

But let’s have a reality check on the buzz machine: Yes, this little eatery has a lot going for it. It has a lot of potential. But it’s young. It’s new. It’s really good, but it’s a little early to declare it the next big thing. It takes a while to work the kinks out of even the finest startup; and the smartest chefs — I’m pretty sure that Rosenberg belongs in this group — know that there’s always room for improvement. They don’t just open the doors and then sit back and wait for applause.

They’ve put a lot of effort and no small expense into converting the former Uncle Maddio’s space into something more stylish. The shiny new white subway tile, though, prompted Mary to snark that it looks like a McDonald’s. Our friend Anne, who is not usually known for snark, doubled down on that, adding, “It looked like McDonalds went to TJ Maxx and got a sparkly cheap new dress.”

The tile walls plus marble tile flooring, large glass windows, undraped wood-look tables and not overly comfortable metal chairs make for a hard-edged environment that bounces sound around. “I couldn’t hear you guys across the table without leaning in and cocking my ears,” Anne said. I think our friend Don said something like that, too, but I couldn’t make it out.

On the plus side, the menu is short but well-chosen, save for a shortage of vegetarian and vegan options unusual for the hip Highlands scene. Careful attention is given to quality, mostly local ingredients; indeed, food prep and quality in general is four-star, and I’d expect no less from a chef of Rosenberg’s skills. Marsha’s desserts were as memorable as we expected, and service from industry veteran Patrick K. was friendly, courteous and profession.

So, yes, there’s a lot to like. Go. You’ll be happy. Expect excellent food and service and a thoughful, if short, drinks program, all at surprisingly fair prices for the neighborhood. But don’t expect a Michelin-starred gastronomic temple, because that would be silly.

The seats are hard and the noise is loud. But the service is keen and the food — with the solitary exception of inconsistent salting that follows the Three Bears model (too much, not enough, just right) — is  excellent.

Among the starters, fried green tomatoes ($11) were a crowd-pleaser. The toll looks a bit picey for a starter, but it should be noted that these crispy cornmeal-crusted beauties come with a generous portion of shredded blue crab on top. A combination of roasted corn chow-chow and “comeback sauce” worked well with the dish, too.

A rack of five assorted deviled eggs ($9), variously topped with bacon, mustard seeds, onions and other good things, was hard to split four ways, but we made it happen. A bowl of two-bite cornbread muffins ($6) disappeared fast, enhanced with whipped honey butter and sweet-tart tomato jam.

A watermelon-and-heirloom tomato salad with feta and a sweet-spicy Serrano vinaigrette was on point ($9) and so was a veggie side of tender, smokey baby carrots and roasted beets with hazelnuts ($8).

The steak-and-egg burger ($12) was high-quality ground beef topped with a soft-fried egg and crispy bacon and dressed with Tillamook Cheddar and caramelized onions. The beef was crumbly, cooked medium-rare as ordered, very juicy with a great flavor. This ranks among the top burgers in a city blessed with many contenders.

The lamb ribs ($13), a house specialty that’s drawn a lot of media attention, were melt-in-your-mouth tender, and the slightly sweet sauce was nicely caramelized. Unfortunately, lamb is such a fatty meat that the big blobs of fat all over the ribs were unappetizing to me. Since they were cooked to rare — a good thing for the meat — the fat was “rare,” and gooey, too. “Mac N Cheese” ($9) was first-rate; A bowl of short cavatappi pasta cloaked in a tangy, rich sauce of Tillamook Cheddar and goat cheese, topped with crunchy brown-butter bread crumbs.

Marsha’s desserts shone: Red velvet German chocolate cake ($8) was light and rich; served ice cold it seemed a bit dry, a minor lapse. Banana pudding ($8) was the real deal, right down to the vanilla wafers (which I am told are also a popular snack item for the kitchen staff).

We split the food tab down the middle, and I picked up a $30 bottle of Italian wine, resulting in a $93.28 bill plus $20 tip for two. Without the wine, dinner would have been a little over $60 for two, quite moderate for Bardstown Road.