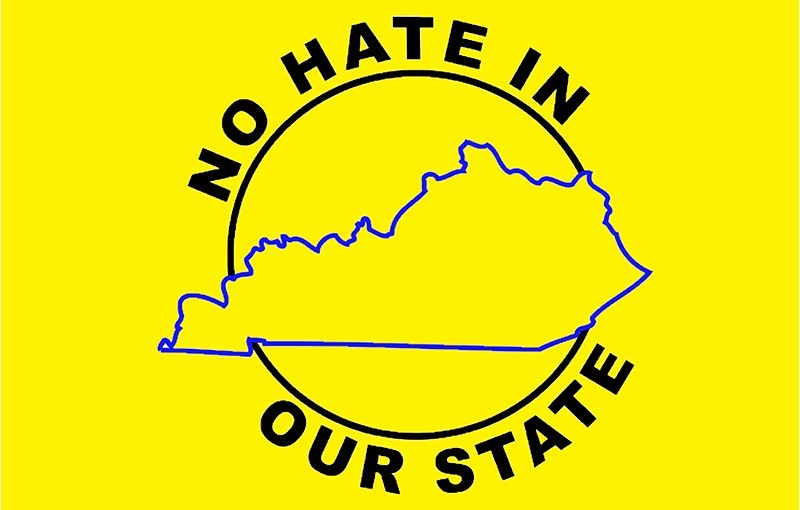 On Thursday morning, charges of disorderly conduct were dismissed for three Fairness Campaign activists who were arrested at the Kentucky Farm Bureau (KFB) Ham Breakfast on August 27. Chris Hartman, Carla Wallace and Sonja de Vries of the Fairness Campaign — which advocates for LGBTQ rights and works to dismantle racism — were taken into custody by the Kentucky State Police after they stood at the event in silent protest against the KFB’s “discriminatory policies,” wearing t-shirts that said “No Hate in Our State” and “Kentucky Farm Bureau Promotes Discrimination.” The t-shirts also had the URL www.tinyurl.com/KFBProtest2015 printed on them, which is a link to a landing page on the Fairness Campaign’s website that lists some of the Farm Bureau’s policies.

“The KFB was so scared of people learning about their policies that they had the Kentucky State Police watch us from the very beginning of the protest and target us for arrest,” said Hartman.

The policy book highlights the Farm Bureau’s lobbying efforts in Kentucky, including many anti-LGBT, anti-Union, anti-choice and pro-capital punishment statements like:

—“The institution of marriage should only be recognized as the legal union of a man and a woman.” (p.13)

—“We are opposed to any state-supported agency providing benefits to ‘domestic’ partners.” (p.14)

— “We strongly believe in the value of all individuals both born and unborn.” (p.14)

—“Alternative lifestyles should not be taught in public schools.” (p.61)

—“We support the enactment of right-to-work legislation.” (p. 75)

—“We recommend the federal prevailing wage law be repealed when dealing with government contracts.” (p.76)

—“We strongly oppose any mandate that would require any government entities to recognize and collectively bargain with employee unions.” (p.76)

—“We oppose unionization of farmers and farm laborers.” (p.76)

Hartman said that he felt validated in protesting the KFB, especially after the charges were dismissed. He also intends on pursuing a civil suit against the Kentucky State Police.

“The prosecution was right in dropping the case,” said Hartman. “But these arrests were a violation of our constitutional rights, and we plan to pursue civil suits against the Kentucky State Police for violating these rights.”