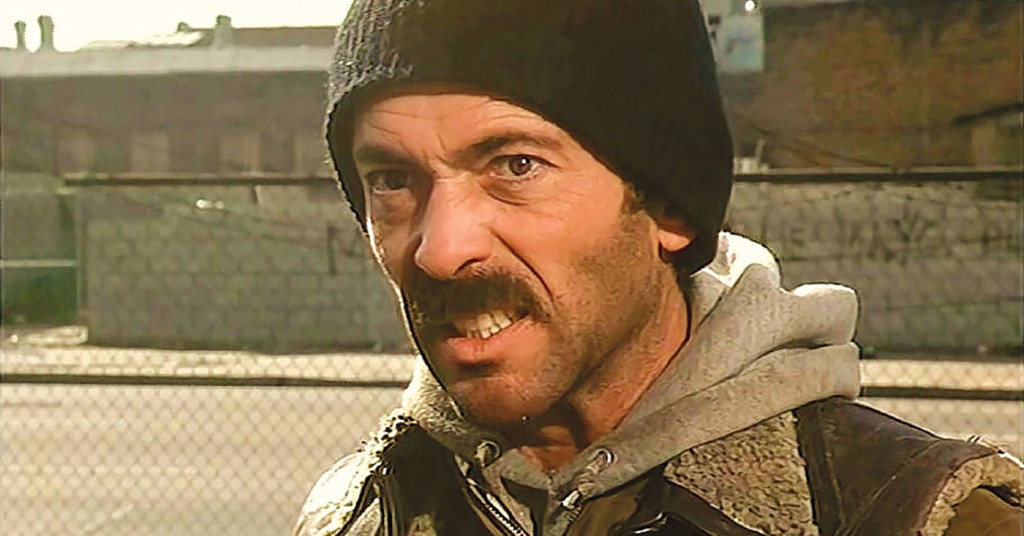 BLUE BLOODS: THE FIFTH SEASON
2014; $44.98-55.98; UR
The best cop-family drama on the tube today finds patriarch Tom “Magnum PI” Selleck under attacked from his church when he speaks out about departmental gay-bashing. Meanwhile daughter/prosecutor Bridget Moynahan becomes frustrated by her inability to work on internal police cases due to a supposed conflict of interest. And the show’s heart, Donnie Wahlberg (who famously set fire to the Seelbach Hotel in a drunken spree in 1991), goes after the killer of Chief Kent in the season finale, despite being ordered to stay clear. Certainly the best-cast, best-written show on ‘Merican TV today. Recommended.

HILL STREET BLUES: SEASON SIX
1985; $24.98-34.98; UR
America’s premier ensemble cop-show of the 1980’s entered its next-to-last season in strong form, with Det. Goldblume (Joe Spano) taken hostage by a frenzied radical group while the mayor’s son (Hilly Hicks, most famous for providing voices in the “Godzilla” animated series) is arrested on drug charges. But our favorite episode is when Sgt. Mick Belker (Actor’s Theater alum, Bruce Weitz) learns that his not-so-secret girlfriend, Officer Tataglia (underrated actress Lisa Sutton who played a hooker in 1995’s “The Brady Bunch Movie”) is pregnant! Some of the finest TV ever made.

BROKEN HORSES
2015; $26.98; R
Anton Yelchin (Checkov in the new “Star Trek” films), who has become something of a small-film darling of late, pairs with Chris “Bad Country” Marquette as poor brothers on the dusty Texas-Mexico border. Drowning in poverty and violence, and succumbing to the lure of the drug trade, they struggle to find an internal compass amid the chaos and bloodshed. Or something like that. Frankly, this isn’t a perfect flick, but with a cast that includes Vincent D’Onofrio at his oily best, breathtaking María Valverde (“Exodus: Gods and Kings”), Thomas Jane, and Sean Patrick Flanery, how can you go wrong?

CHECKMATE
2015; $19.98; UR
Danny Glover, Sean Astin, and Vinnie Jones head the marquee, along with Mischa Barton, Michael Paré and Katrina “Arrow” Law, which should give you some hint that this is a cameo-movie, albeit a good one. A complex, hi-tech bank robbery throws them all together, eventually begging for their lives, but not everyone is as innocent as they seem. To say more might spoil the fun.

CRYSTAL LAKE MEMORIES: COMPLETE HISTORY OF FRIDAY THE 13TH
2013; $12.98-29.98; UR
Based on the book of the same name (which is excellent, by the way), this takes us back to the beginning of that groundbreaking saga of insane, unstoppable, hockey-masked killer Jason Vorhees, aiming to tell every detail of his 30-year-and-counting reign of cinematic terror, starting with 1980’s “Friday The 13th.” A true labor of love filled with absolutely every photo, clip, out-take, interview, dumb comment, behind-the-scenes look, interview and conceptual sketch imaginable from each of the 12 movies, arranged as single-movie chapters so you can wallow in whichever title you love the most. This is the way all movie tributes should be made.

PATLABOR WXIII
2002; $24.98-39.98; UR
Better known as “WXIII: Patlabor the Movie 3,” this full-length animated “mid-quel” — set between the timelines of “Patlabor” and “Patlabor 2” — goes in a somewhat different direction from the other two, if still set in that future Tokyo where huge, hulking robot “Labors” do the dangerous police-work while human society teeters on the brink of total collapse. The central conceit involves a truly excellent genetically-created monster, spawning some of the most intelligent and thought-provoking discourse we’ve ever seen in a film. Now on Blu-Ray; a must-own for any fan of anime.

SHOCKER
1989; $19.98; R
One of our favorite guilty pleasures, finally given the deluxe Blu-Ray Collector’s Edition treatment. Mitch Pileggi, Mulder’s boss on “The X-Files,” plays mad-dog butcher Horace Pinker, a killer so evil that even the electric chair can’t halt his reign of terror. Instead, he comes back to life as a sentient electrical surge, determined to fry the man who turned him in. Written and directed by Wes Craven during his “A Nightmare On Elm Street” period, watch for bits by Michael “X-Men: The Last Stand” Murphy, Peter “Battleship” Berg, Ted Raimi, Heather “Elm Street” Langenkamp, TV newscaster John Tesh as a TV newscaster, and a host of other great cameos. A must own.

THE EDITOR
2014; $19.98; UR
Admittedly, this is just a nasty, low-budget slasher flick, but it also serves a love-letter to the Giallo, that wonderful 1980’s dark Italian genre perfected by Dario “Suspiria” Agento. Adam Brooks (“Father’s Day”) plays an oddly-crippled once-famous film editor reduced to editing a cheezy no-budget horror flick. As the actors press him to not cut out their parts, someone starts cutting out their … hearts! And he’s the prime suspect! Loaded with Mario Bava-inspired sets, silly scenes mimicking real Giallos, weird lighting, deliberately bad dubs, loose voice-syncs and goofy dialog, this thing is a hoot. Highly recommended.