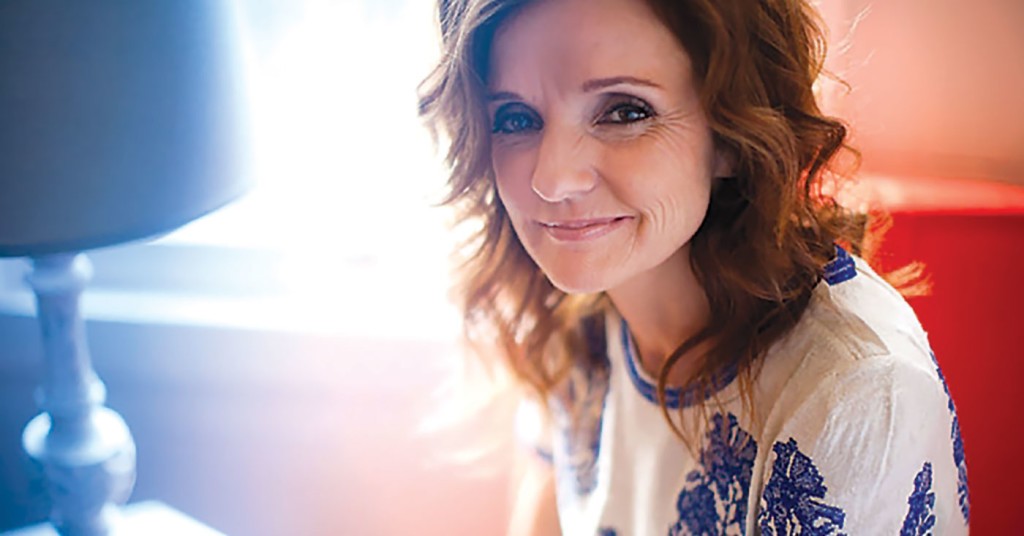 How do you know when a singer/songwriter is in full artistic flight? It could be when the number of other revered singer/songwriters who cover their songs hits a certain level. For Patty Griffin, that point was reached long ago, as chart-toppers who have no trouble coming up with their own great tunes (Mary Chapin Carpenter, Emmylou Harris) would say that there was something special about what Griffin had written.

Maybe a better indicator that the musician in question reached the “Top of the World” (Griffin fans will recognize the title) was through receiving Artist of the Year and Album of the Year from the Americana Awards in 2007, after she released “Children Running Through,” a collection where her capacity for writing both of day-to-day minutiae and of harrowing loss were often infused with childlike wonder.

Or you could point to “Downtown Church,” a Grammy-winning record from 2010. As LEO was recently told by Griffin herself, who’ll appear Friday, Sept. 25 at Headliners, “I did that album because I believe that music is spiritual. I believe that some of the most beautiful songs I’ve ever heard have been written in some kind of spiritual tradition.”

More recently, Griffin has had close associations with the likes of Robert Plant and Buddy Miller. In 2012, she worked with legendary producer Glyn Johns on the 13-years-delayed release of her album “Silver Bell.”

“I didn’t know that that record was any good,” she says. “I was told it was terrible by my record company at the time. So I didn’t know what to do. But I found that it’s not terrible. It’s far from perfect, but it’s very creative.”

Soon after, she took the experience of revisiting her own early work and let it shine on preparations for a new album: “It was very influential on how I approached writing. Being in Nashville — in the Nashville world, with a lot of friends and co-workers. Nashville, which is really the three chords … it’s ‘Three Chord Central.’ I think that having to go through ‘Silver Bell’ made my writing … remember older influences.” The result is the just-released “Servant of Love.”

This 13-track collection is classic Griffin. Songs that are unafraid of looking straight-on at pain, loss and anger (“Good and Gone,” “250,000 Miles”), alongside warm personal reflection and plenty of room for daydreams and the stuff of the sweetest smiles (“Made of the Sun,” and a breezily-funked “There Isn’t One Way”).

The very first track is a grabber like no other. Much of it is quiet piano and Griffin’s slightly roughened voice. At first, her mood is supplicant. But change comes quietly, as the singer reaches deep into one of her great skills: Griffin plays — but also experiments — with gaining impact and conveying insight through repetition. By the time her phrasing and an intertwined (muted) trumpet hit a breathtaking climax, it’s no longer a surprise that this is a tune that earned a special place.

“It’s been the title of the record since I wrote that song,” she says. “And that was one of the earliest songs I wrote for the record. We formed a committee to decide which song should be the start, and everybody came up with that one.”

The setlist at Headliners has to give room for the full range of the new album, but Griffin now has a serious body of work that the audience will want to catch up with. For those who may have encountered her first as a favorite songwriter for The Dixie Chicks and a whole host of acts across the pop/country/Americana spectrum, there may be some very different interpretations of old favorite tunes. Interestingly, Griffin says she isn’t very familiar with the arrangement variations that her interpreters have used to help make her songs into hits. There is one exception: “I did get to hear Solomon Burke’s recording of ‘Up to the Mountain.’ He ends on a minor chord, and now I do that. I don’t always — but when I do, it’s because of his recording.”

From beginning to end, Griffin’s contributions to music haven’t been minor. But her own view is more modest and, true to her nature, more in the moment.

“I feel like somebody who is relieved to feel what I feel, truthfully and honestly,” she says. “I’m lucky that my job really includes that into my work. I think that’s a great place to be.”