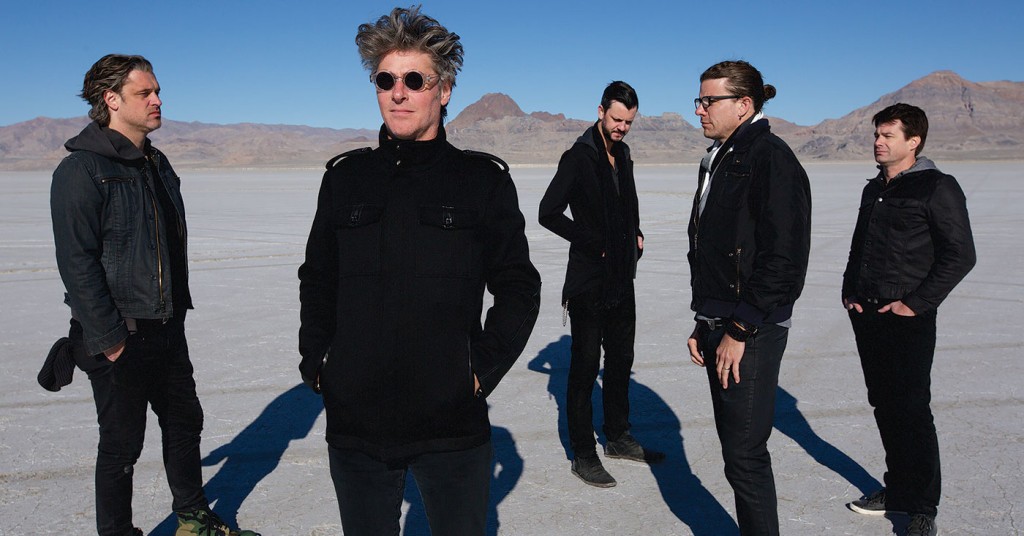 It’s been six years since fans last saw a new Collective Soul album. That gap ends Oct. 2 with the release of the group’s new album, “See What You Started By Continuing.”

But it’s not like the three core band members were just sitting back resting on their laurels during the break.

Frontman and songwriter Ed Roland branched off and started a side band called the Sweet Tea Project. That group released a debut album, “Devils ‘n Darlins,” in 2013 and has a second album recorded and just needing to be mixed. Roland also made a solo album and he toured with Kevin Griffin, frontman of Better Than Ezra, in a duo project they billed as the Southern Gentleman.

Meanwhile, Roland’s brother, guitarist Dean, formed a duo, Magnets & Ghosts, with Ryan Potesta and released two albums, “Be Born,” and “Mass.” Roland said his brother and Potesta have a third album recorded. Bassist Will Turpin also made a pair of EPs, “The Lighthouse” and “The Lighthouse (Live from Real 2 Reel Studios).”

“I think there’s a total of eight pieces of work in those six years. So when we say we took time, it wasn’t necessarily to just relax,” Roland said in a late-September phone interview. “It was more to get away from the Collective Soul world and kind of just go do what we wanted to do.”

During the time apart, the band parted ways with two of its members, guitarist Joel Kosche, who had been in the group since 2001, and touring drummer Cheney Brannon. They were replaced by guitarist Jesse Triplett (who also is in the Sweet Tea Project) and drummer Johnny Rabb.

Roland said the new band members helped provide the spark that was missing three years earlier when Collective Soul took a stab at starting a new album, only to shelve the project and return to their outside projects.

“With ‘See What You Started’ there was new blood in there and they were excited,” Roland said. “We fed off of that excitement, which we needed. After 20-something years, sometimes you can kind of just go through the motions. That’s why I stopped. I didn’t want that. That’s where it was going.”

As the group members got going on “See What You Started,” they focused on the type of album they wanted to make.

“We made no excuses. We’re a rock band,” Roland said. “When we came back, we wanted to go back to that.”

“See What You Started By Continuing” fulfills that mission statement. The opening track, “This,” will remind fans of earlier hits like “Shine” and “Gel,” with its fuzzy guitars, crisp beat and big pop hooks. The band rocks even harder on “Exposed,” “Confession,” “Am I Getting Through” and “Contagious,” amping up the guitars and beats without losing the melodic punch that has always been a hallmark of the Collective Soul sound. The closest things to a ballad are “Tradition” and “Without Me,” a pair of mid-tempo tunes that still have considerable heft.

At Louder Than Life, Roland said the band will do its best to give fans a decent helping of new songs while still covering as much of its back catalog as possible.

“Being our ninth recording, we have a lot of songs to choose from,” Roland said. “I was actually up last night writing down a set list. And every time I’d present one to one of the guys, they’re like ‘We’ve got to play this song.’ (I’m like) ‘We’ve only got so much time, buddy.’”

“It’s a good problem to have,” Roland concluded. •