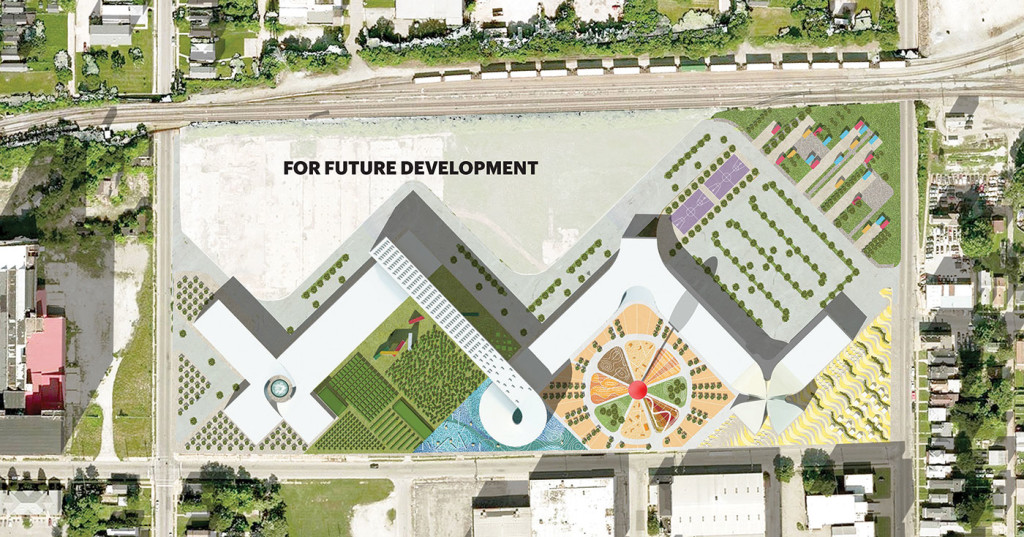 The planned FoodPort in West Louisville, originally touted by Mayor Fischer and some Metro council members as a pivotal revitalization project for West Louisville, quickly became a controversial project when it was announced that Nature’s Methane would be building an anaerobic digester on the premises to process Louisville’s food waste and capture the resulting methane gas for use as a fuel. Councilwoman Mary Woolridge and organizations such as the Kentucky Alliance against Racist and Political Repression felt the digester was not only dangerous but would ultimately have a negative impact on the quality of life for residents in West Louisville. The digester has since been removed from the FoodPort plans. LEO spoke with Caroline Heine, project director of the West Louisville FoodPort, about where the FoodPort now stands and the potential impact of the project on West Louisville.

LEO: Since the removal of the anaerobic digester, what is the status of the FoodPort project?

Caroline Heine: I am happy to report that we are moving forward with the FoodPort plans. The decision to remove the anaerobic digester was a difficult one for us, but we truly believed it was the right decision based on the concerns of some people in the community. Since removing the digester from the plan, we have been able to engage with many people in the community about the FoodPort, including a community meeting hosted by Councilwoman Cheri Bryant Hamilton with about 100 people in attendance. We also started a series of “office hours” in which members of the Seed Capital Kentucky team hang out in various places — so far we have been at the Shawnee Library, Aspire Cafe and the Shawnee Neighborhood Association and have upcoming office hours on Sept. 3 at 9 a.m. at the NIA Center — we will be scheduling more in the next few weeks as well — so that people can stop by and have more personal interactions with us, learn about the project, ask questions, tell us about themselves and any interest they might have in the project.

LEO: What will the FoodPort provide to the West Louisville community?

CH: The real focus of this project from the beginning has been about local food, and how to get more local food to local people. Seed Capital Kentucky [the company behind the West Louisville FoodPort] published some research in 2012 called the “Local Food Demand Analysis.” And across every zip code, every economic level, 72 percent of people said they already knowingly bought local food, and they would like to buy more, if they knew a reliable place where they could get it. So that’s what the FoodPort is, a reliable place to buy locally grown food, as well as a kind of food business park. Companies involved in everything from farming, to processing, to distribution will be here. So the goal of this is to see if we can get more of that local food flowing in more of a mainstream sort of way.

LEO: What was behind the decision to build this hub in West Louisville?

CH: Well, as the project continued to grow in size and scope we realized we were going to have to build a whole new facility. So we asked the city, who we’ve been partnered with from the beginning, what land would be available. We looked at a few different properties, some in Portland, but when we saw this one, where the National Tobacco Company used to be, we fell in love with it. But we’ve always been focused on being in West Louisville.

LEO: I read that the FoodPort will take up 24 acres. What are some of the things you are planning to do with such a large piece of property?

CH: We have six tenants committed to moving into the FoodPort already and are very far along in conversations with another tenant. We will have a mix of businesses and spaces for the community to enjoy. There will be a two-acre demonstration farm that will be operated by Jefferson County Extension Service, which will also have all of its offices located at the FoodPort. We will have nutrition classes, cooking classes and gardening classes on the campus. And there will also be aggregation, processing and distribution businesses. So pretty much every aspect of the food chain will be represented here. We also have conversations in the works to bring some retail onto the campus, as well as urban farming.

There is an area called Market Plaza where we will be having farmers markets, open markets as well as some outdoor cafes. We also have Jefferson Plaza, which itself is two acres, which will be a very large multipurpose area, where all kinds of events can be held but also where people from the community can just come and hang out. Some areas are full of grass and trees. Some are large play areas for kids, and some areas we hope to have people do some community gardening.

LEO: How many jobs will this project create?

CH: We expect there will be 200 permanent jobs in Phase I of the project, and about 125 new construction jobs.

LEO: Besides jobs, what other ways are you trying to reach out to the community?

CH: The West Louisville FoodPort Community Council now has 55 members and remains open to anyone who would like to join. There are two working groups of the Council. One is focused on workforce development to align the jobs that will be available at the FoodPort (starting with construction jobs) to the people in West Louisville who are interested in and qualified for them. Almost all of our tenants have agreed to hire from West Louisville neighborhoods first.

Construction on the FoodPort will begin in late spring 2016, they hope to be operational by summer 2017.