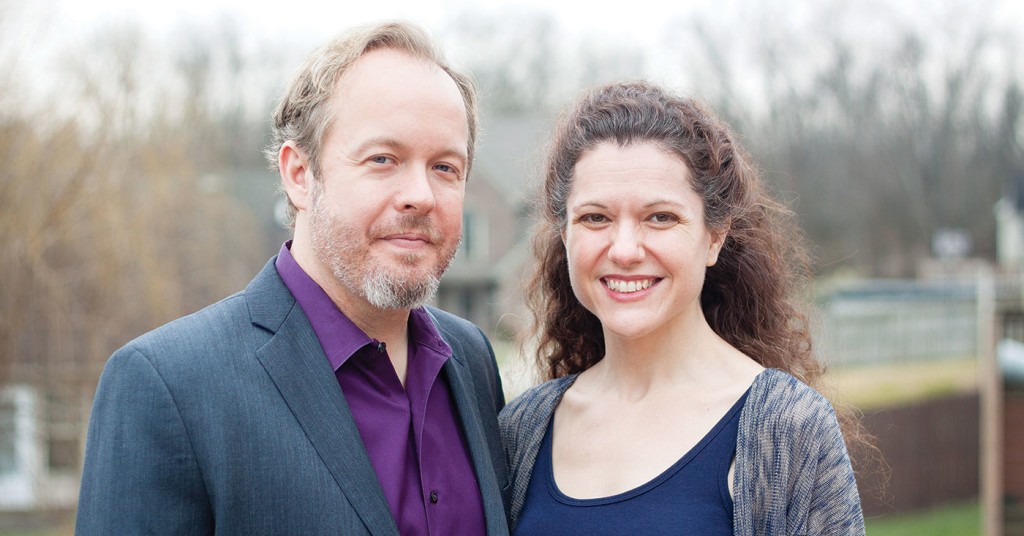 With all the fury and attention garnered by the three candidates running for Kentucky’s highest hot seat, it is sometimes easy to overlook the candidates running alongside them for lieutenant governor. Attorney General Jack Conway chose Sannie Overly, a Frankfort insider, attorney, Democratic caucus chair and representative of District 72. Matt Bevin is running alongside Jenean Hampton, a political outsider and retired Air Force captain with a bootstrap story that lends Bevin the respectability he is unable to muster on his own.

Drew Curtis chose Heather Curtis, his wife and business partner — she is the chief operating officer of Fark.com, the internet news aggregate site he founded — as his running mate. On Sept. 23, the League of Women Voters of Kentucky, along with Midway College and CBS affiliates in WLKY in Louisville and WKYT in Lexington will host one of the rare televised debates between the candidates for lieutenant governor.

However, this debate will not include Ms. Curtis. Because of debate rules set by the host organizations, Ms. Curtis will not have the same opportunity her running mate and husband had to debate her competition in a televised forum.

Cindy Heine from the League of Women Voters of Kentucky said when they decided on criteria, the league adopted rules from the state requiring “a 10 percent or greater voter recognition in an established nonpartisan statewide poll.” The first Bluegrass Poll, which happened in mid-July before Fancy Farm, did not include either Mr. or Ms. Curtis as candidates, as they did not file their intent to run until after Fancy Farm.

Heine claimed the policies are actually state policies adopted by the league. “The groups we are working with agreed to adopt, to work with, our policies,” she said. However, the rules Heine alludes to are really more like practices. There is no body that governs debates in Kentucky, and the State Board of Elections has no posted laws regarding the inclusion or exclusion from public debates.

In spite of this timing issue — and apparently rules from the state that did not seem to apply to the gubernatorial debate — Mr. Curtis was let into the the recent debate at Bellarmine. And because of this timing and rule issue, Ms. Curtis was not invited to the Midway College debate.

“It’s just something we determined when we set the policy,” Heine further explained. “When you have a large body of candidates, and you have a somewhat limited amount of time, our sense was you want to be sure those more viable candidates have plenty of opportunity to share their policies.”

In addition, the Federal Election Commission does not have any rule about what percentage a candidate should pull in a nonpartisan poll to be included in a debate. And while whatever organizations or entities are hosting the debate are left with the task of determining a fair and judicious set of rules, when asked about the possibility of using another poll in order to see if Ms. Curtis would meet the criteria, Heine stressed the importance of a non-biased statewide poll — or in this case, the Bluegrass Poll.

“And as I understand it,” she said, “there won’t be another one of those until the end of the month.”

In other words, there is no way of knowing if Ms. Curtis could be in the debate until after the debate. Ms. Curtis said someone from the League of Women Voters of Kentucky did reach out to her. “They even called me,” Ms. Curtis said, “to say ‘I’m sorry it didn’t work out.’”

During that phone call, Ms. Curtis said she was told about the polling rule. “I suppose they could make a case that we should’ve filed sooner,” Ms. Curtis said, “but the last official filing date was 10 days after the most recent nonpartisan poll.”

As remarkably lackluster as this governor’s race between the major parties has been — whether it’s Bevin’s multiple faux pas or Conway’s inability to say anything definite other than to confirm his birthplace and pedigree — a viable and interesting independent candidate is a breath of fresh air. Locking Ms. Curtis out of the Overly v. Hampton debate certainly does nothing to add vitality to the two party sleep-fest. And while the League might express its regrets over the phone, they are careful not to mention Ms. Curtis in any of the press releases leading up to the event. As much as Terry Hayden, co-president of the league, says in a press release from Sept. 21 that “[the debate] will help inform citizens before they go to the poll in November,” the fact is that voters and potential voters will not have the opportunity to see a possible future lieutenant governor in action against her political opponents.

Ms. Curtis has not only been locked out of the debate, she has been given no recognition or official apology. In the most recent press release from The League of Women Voters of Kentucky, dated Sept. 21, Midway University President John P. Marsden is quoted as saying, “To have two strong female candidates participating also gives our students a glimpse of the increased role women are playing in the political process.” Heine said the League of Women Voters of Kentucky is not planning to sponsor a second debate

The debate takes place on Wednesday, Sept. 23 at 7 p.m. in front of students and guests of the two invited candidates. And will also be televised statewide. The next lieutenant governor debate is being sponsored by WAVE 3 in their Louisville studio on Sept. 28. As of yet, Curtis has not been invited to that half hour debate, either.