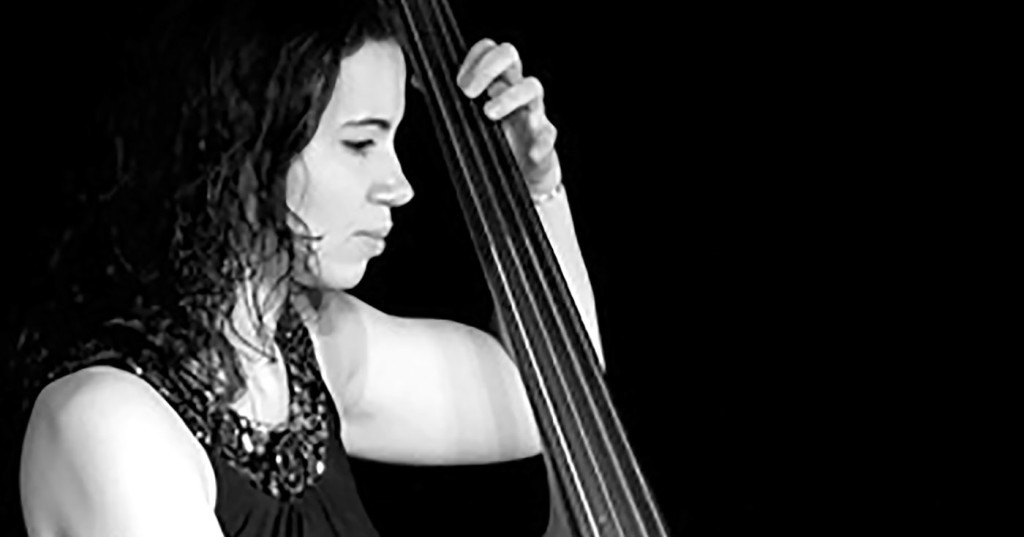 Bassist Natalie Boeyink has deep Louisville roots, as she worked for public radio and attained her master’s at University of Louisville. Now a jazz faculty member at the University of North Carolina Wilmington, Boeyink recently earned her doctorate at Indiana University in Bloomington. During her years in Louisville, she was a frequent headliner and supporting musician at the Jazz Factory and elsewhere. She returns for a gig at WorldFest on Saturday, September 5, with her Batuquê Trio [pronounced “Ba-TOO-key”], whose first album, “Transparency,” came out earlier this year. Batuquê refers to Afro-Brazilian polyrhythmic drumming and dance. Her colleagues are Jamaal Baptiste, piano, and Andy Smith, drums. They are based in Bloomington, where Smith graduated with a doctorate and is gigging and teaching, and Baptiste is entering his second year on his master’s in jazz at IU.

Boeyink spoke to LEO by phone, describing the origins of the band: “We came together as students of Michael Spiro, a Grammy-nominated producer, and a world percussion instructor at IU, where he runs the Latin ensembles, like the Brazilian and Afro-Cuban Ensembles.”

The original group was larger, formed to play an IU function in Miami. They also played the 2012 Jazz Education Network (JEN) conference when it was in Louisville, and the band is booked for JEN’s 2016 return to Louisville, where they will deliver a clinic on contemporary Brazilian music.

The trio’s repertoire includes both their arrangements of classics and originals. “We do a lot of originals, and we’re writing music for a second album,” Boeyink says. “We all bring our own backgrounds. Jamaal is from Aruba, so he brings a lot of Caribbean music to the group. Andy’s background is heavily into contemporary Brazilian drumset. When it came to the album, we did want to have a couple of covers that people would be familiar with and latch onto. So, Jobim’s “So Danço Samba” is a standard that fans of Brazilian music would likely know, and Andy wrote the cool arrangement of Bill Withers’ “Ain’t No Sunshine.”

“We would love to do all original music, but the only problem is — and I do the same thing when I’m listening — I want to start with something familiar,” she continues. “You can judge and gauge better when it’s something you know. Whether for the album or the live setlists, all three of us shuffle it around. One might say, ‘I wasn’t feeling this tune last time, let’s try this one.’ So, it’s a really wonderful partnership. We operate like a jazz combo, where it’s predominantly improvisation, everybody solos. We’ve worked up improvised introductions and transitions, and we’ve worked up a samba set, where we flow seamlessly from one samba to the next, incorporating the folkloric elements of Brazilian drumming.”

Boeyink’s enthusiasm for WorldFest was palpable: “It’s what I’ve been dying to do for the past year. I’m really proud of this group. Louisville was my home for eight years, and my second home for the past six years. I know there’s a thriving Brazilian community in Louisville, and I’m proud to share it with the people who live there and mean a lot to me. We’re going to fill up the stage at WorldFest, and keep the people entertained. We are a trio, which is not a huge group compared to the groups I’ve seen at WorldFest, but the music is high-energy and danceable, and I think people are really going to connect with what we have planned.”