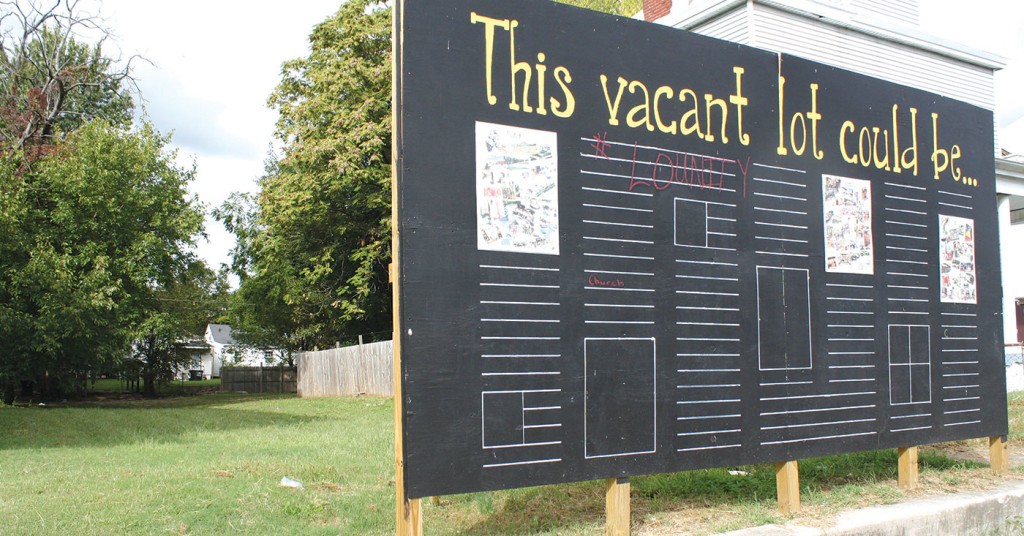 In a move that seems to have the city’s best intentions at heart, Metro Council voted during its meeting on Thursday, Sept. 24, to fund real estate development projects in Louisville’s Russell neighborhood. Russell stretches north to south between Market and Broadway and east to west from 9th to 32nd Streets.

Thanks to a forgivable loan of $778,000, Kentucky-based non-profit Community Ventures Corporation (CVC)will build 26 new homes in a neighborhood adjacent to the heart of downtown.

Metro Council had to vote on the project because the amount exceeds the $100,000 or $150,000 limits set on forgivable loans. CVC will use the loan to purchase the land from the Urban Renewal and Community Development Agency. And thanks to another forgivable loan — making the city’s buy-in over $1 million — Rebound Inc., a local non-profit, will be able to build some houses as well.

When the houses are completed, they will be sold for whatever the West End market will bear. An Aug. 27 press release from Mayor Fischer’s office listed the price between $98,000 and $112,000.

According to the CVC website, the Cedar Street development will “reduce the area’s vacant lots and increase the area’s homeownership rate.” The project, all in all, will include 36 homes, adjacent to the Chef Space kitchen incubator.

What is not clear in the ordinance and what was not brought out in the discussion, however, is the fact that the Urban Renewal and Community Development Agency is a sub-committee of the city Planning Commission. Jeana Dunlap from the Office of Vacant and Public property said in an email that the Cedar Street Project “is a collaborative effort involving the Vacant & Public Property Administration and Housing & Community Development” and that both are divisions of Develop Louisville.

Council member Cheri Bryant Hamilton (D-5) pointed out during last week’s meeting that the houses in question “would sell for more if they were in a different neighborhood.” Her statement was an admonishment to councilmembers Julie Denton (R-19) and Marilyn Parker (R-18), both of whom questioned at least one of the West End development ordinances.

Denton questioned the structuring of the CVC ordinance, wondering how it will help create more affordable housing. “I worry, in looking at this … because these are market-rate homes, this isn’t making it any more affordable for those individuals.”

She added her primary concern was fraud. “I’m worried about people trying to [game] the system. I like it much better when we’re doing this with the homeowner.”

Council member Kelly Downard (R-16) said he had no problem with the CVC ordinance but would probably vote against the Rebound ordinance — if it was an organization besides Rebound. “I’m familiar with the organization,” he said. “I think I’ve maybe even done business with them, 30 years ago.”

He also expressed concerns about issuing forgivable loans to developers, as well as how the amount of subsidy per home is determined. “I’m worried that we’ve created some kind of template that may not be appropriate.”

There was some concern that councilmembers did not understand how these kinds of ordinances work. Hamilton mentioned early in the discussion that she invited Gabe Fritz, Director of Housing and Community Development to explain how the system works. But since questions are not usually called from the floor, Mr. Fritz did not address the council.

Parker voted for the CVC loan but voted no on the Rebound ordinance, which called for $313,876 in forgivable loans. Rebound Inc. is going to work in conjunction with the Urban Renewal and Community Development Agency, to acquire three parcels of property in the Russell neighborhood to build three single family homes.

“We’re not seeing any of the paperwork,” Parker said. “We don’t see where the money is going. The process isn’t very transparent.”

On the front of it, building new houses in a part of the city that has gotten the short end for years seems like a good idea. In a July 2015 report out of Mayor Fischer’s office, 16 violent crimes per 1,000 residents were reported in Russell, compared to 5.8 across the city based on a four-year average. This same report states  71 percent of residents see criminal activity frequently, or at least one to two times a week. Years in which certain kinds of crime, like aggravated assaults, burglaries, robberies and homicide, spiked — 2013 and 2015 — are purportedly drug related. Conventional wisdom is that improving the neighborhood alters the trajectory of that neighborhood. Economically deprived areas should, in theory, improve with economic investment. And in spite of the numbers listed above, Russell — which is a stone’s throw away from both downtown and the developing Portland neighborhoods — has affordable property rates and good public transit access (even with TARC’s cutting of major routes).

Russell also has a large number of historically relevant buildings that need love, attention and repair. Hamilton pointed out that, in addition to the 29 new houses, an additional 14 houses would be repaired. In order for the developer loans to be forgiven, each home must be lived in for at least a year; but homeowners will not be able to get any portion of the $1 million in subsidies.

Even after the discussion of each ordinance, it was not clear how building market rate homes where no one can afford them does anything to help residents’ lives, make it safer for children or reduce crime.