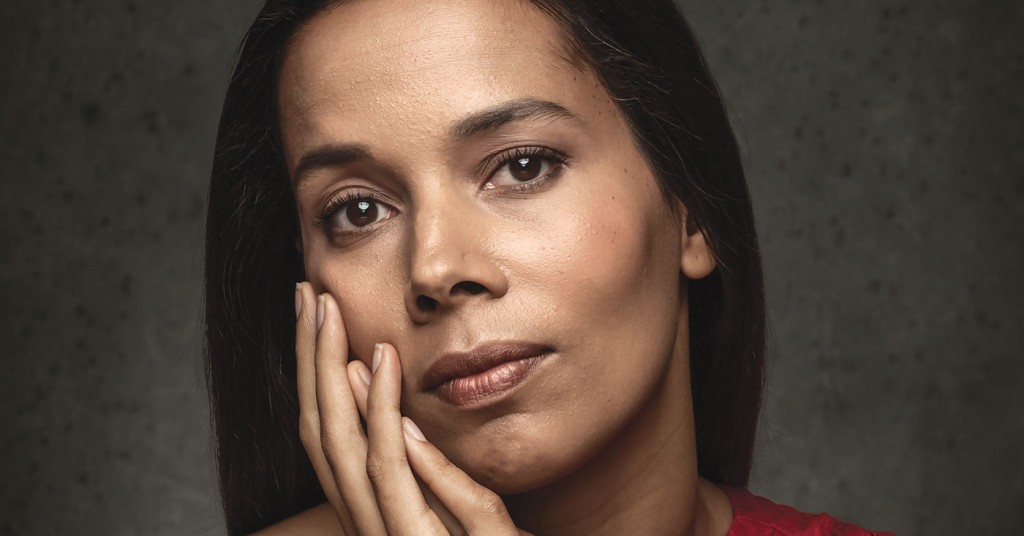 Rhiannon Giddens isn’t a fan of musical labels. Classically trained in opera at Oberlin University, she moved on to a whole different style in becoming the leader of the Carolina Chocolate Drops, the Grammy-winning old-time string band.

“I hate genres. I know that they’re necessary, but I hate them. Americana, what the hell does that mean? I don’t know. It’s American music, that’s all I know,” she says with a laugh during a recent phone interview. “If people want to call it Americana, that’s fine. What I have learned is that these labels change and what they mean change. Just like how Celtic has changed. What caucasian means has changed in the last 150 years. It all changes, so it doesn’t really matter.”

Protests aside, Giddens may have to grapple with the genre topic quite a bit now that she has been part of T Bone Burnett’s “New Basement Tapes” project and has released her solo debut album, “Tomorrow Is My Turn.”

The common thread through both projects is producer Burnett, who wound up being floored when Giddens performed at the September 2013 concert event Another Day, Another Time: Celebrating the Music of Inside Llewyn Davis, which was curated by Burnett and held at Manhattan’s Town Hall. Not only did the roots music knob-twirler suggest working together that night, he pursued the banjo/fiddle-playing chanteuse a couple of weeks later on the phone.

What hooked Giddens was when she was asked what her ideal project would be. “I had this list of things that didn’t really fit into the Carolina Chocolate Drops. I was just setting them aside, thinking about all these incredible women I was inspired by and it was something that had been hibernating for me,” she recalls. “So when T Bone asked me what my dream record would be … as I was thinking about it, I knew I wouldn’t have to scramble for anything at all. I already had a project right here, and it would be the perfect project to do with T Bone Burnett. So I typed all the songs up and sent them over to him and he said we should do all of them — except for the Dolly Parton song [“Gypsy Joe and Me”] I picked. He swapped in another one and it was the absolute right choice.”

The resulting 11 songs on the “Tomorrow Is My Turn” album form a tribute to a broad range of female singer-songwriters from that dreaded Americana category.

Dolly Parton gets her due on a reading of “Don’t Let It Trouble Your Mind,” which chugs along a loping cadence goosed along by fiddle and Chocolate Drops bandmate Hubby Jenkins as Giddens uses her quavering vibrato to defiantly declare, “Maybe you feel obligated / And out of sympathy for me you stay / But I had rather live alone / Than live with someone who doesn’t love me.”

Elsewhere, Giddens takes Sister Rosetta Tharpe’s “Up Above My Head” down to the crossroads of gospel and Sun Records styles, while the traditional “Black Is the Color,” which has been covered by the likes of Joan Baez and Nina Simone, is given a contemporary spin thanks to the deployment of Jonathan Batiste’s melodica and beatbox contributions by former Chocolate Drop Adam Matta.

During the time Burnett and Giddens were working on her debut, the producer asked Giddens to participate in his “New Basement Tapes” project, where she joined Jim James, Elvis Costello, Marcus Mumford and Taylor Goldsmith of Dawes in setting to music previously unreleased lyrics written by Bob Dylan during the time he was recording what became “The Basement Tapes” with The Band.

It proved to have its challenges, considering five bandleaders had to agree on how these songs would sound and who played what instrument on what song. But it was an experience Giddens was glad to have.

“It was pretty amazing, but it was also very difficult for me. I had to push through a lot of things for myself personally, but that’s where the best art comes, when you’re striving to overcome something,” she says. “I think it’s one of the best things that I’ve ever done in terms of the output and what I learned and gained. I think I will be processing that for years to come.”