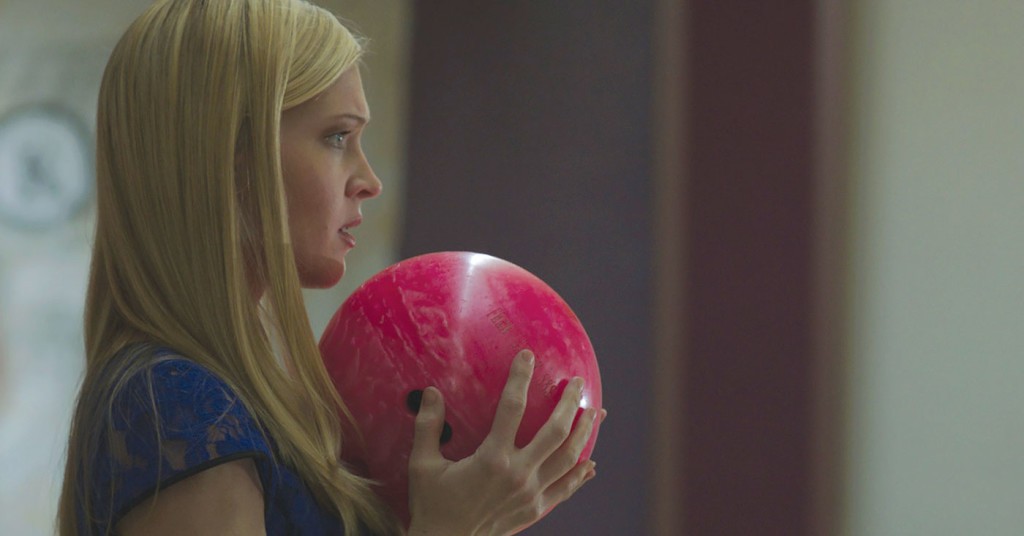 Louisville Film Society (LFS) has teamed up with IdeaFestival again to bring Louisville the 2nd annual IF Film, a festival of new and independent film.

“This year’s IF Film program is loaded from start to finish with productions that have unique voice and vision. There is no one style or one genre,” said LFS’s Soozie Eastman.

There are a lot of interesting films this year, but LEO is giving special shout-outs to Louisville-connected films. From “The Baby Shower,” shot and chopped right here in Derby Land, to “They Look Like People,” produced by and starring Louisvillian MacLeod Andrews, there are many films that speak to the strength of Louisville as the home of significant producers, directors, writers and actors.

Split is a feature-length romantic comedy set against the world of league bowling.

“It was sort of a revelation that not everybody was as into bowling as I was,” said writer/director Jamie Buckner. “Like, ‘What? Not everybody watched this on TV every weekend, and everybody didn’t go with their parents to league night every Friday night?’”

Despite a lifelong love of bowling, instilled by his parents, Louisville native Buckner says he isn’t actually much of a bowler.

He also said he always knew he wanted his first feature film to highlight the bowling world, which, in Buckner’s words, was a “whole other magical world” for him the entire time he was growing up.

“Split” is Buckner’s first feature film in the director’s chair, and Buckner says he’s always known that he wanted to end up in charge, but he has spent his adult life working on the production side of film.

“My day job happens to also be making movies,” said Buckner. He’s worked on a long list of big budget films, like “The Departed,” “War of the Worlds,” “Elizabethtown,” “Limitless” and “Admission.”

His plan was to learn through osmosis. “I’ve been fortunate enough to work with some of the greatest people in movies. To watch Steven Spielberg direct a scene or to be in the room with Cameron Crowe … I’ve been very fortunate.”

“The Baby Shower” is a short comedy, with an all-female, all-local ensemble cast.

“We shot it in two days, 30 pages, which is a little obscene, but we did it and it turned out fantastic,” said Parker.

Parker isn’t the only one who thinks it turned out fantastic. It’s screening at the Charlotte Film Festival this month, and it won an award for best screenplay at the Los Angeles Comedy Festival.

“I’m totally a dork when it comes to the excitement of winning awards,” said Parker. “I had never submitted anything to a festival, and so this is completely new to me. It’s really exciting.”

Parker is hoping to use the success of “The Baby Shower” as a springboard to get more short form work going on in Louisville.

Holland may be better known as a neighborhood developer and general mover and shaker these days, but he hasn’t forgotten about film. As an exectutive producer he helped bring the documentaries “Peacelands” and “Deep Run,” and he’s excited about the future of film in Louisville.

“Louisville is on the move with the moving images these days! It is exciting to present the diverse works in the festival, some of which were filmed locally, to new audiences — right on the heels of the Mayor’s great announcement of the creation of the Louisville Film Commission.”

Pollard is a talent in his own right, and he helped bring “Split” to the screen, but he’s just as likely to tell you about other filmmakers from Louisville.

“I’m personally very excited to see three former colleagues back in town with movies of their own this weekend: Lyman Creason, Jamie Buckner and MacLeod Andrews all worked on “Keep Your Distance” back in in 2003,” said Pollard. “It’s a thrill to know that their filmmaking pursuits can in some small way be traced to that first on-set experience in Louisville.”

MacLeod Andrews grew up at Blue Apple Players, where his mother did theater throughout his childhood.

“My mom took my brother and I to the Humana Festival all the time; we just loved it. So right from the start, Louisville theater influenced my idea of what good theater is.”

Andrews attended college as a theater major and often made films with his fellow students.

“We’d rent a camera, and on the weekends, we’d shoot films, and in our spare time, we’d edit them.”

Years later as adults, Andrews and two college friends, director Perry Blackshear and actor Evan Dumouchel, decided to try it again. “(We) were like, remember doing that?” said Andrews. “That was so great, why can’t we do that again?”

The result is “They Look Like People,” a micro-budget psychological thriller that has won a slew of awards on the film festival circuit since its debut at Slam Dance Film Festival in January.

For showtimes for “They Look Like People,” “Peacelands,” “Split” and “The Baby Shower,” and for a full listing of the festivals offerings, check out their website: ideafestival.com/if-film.