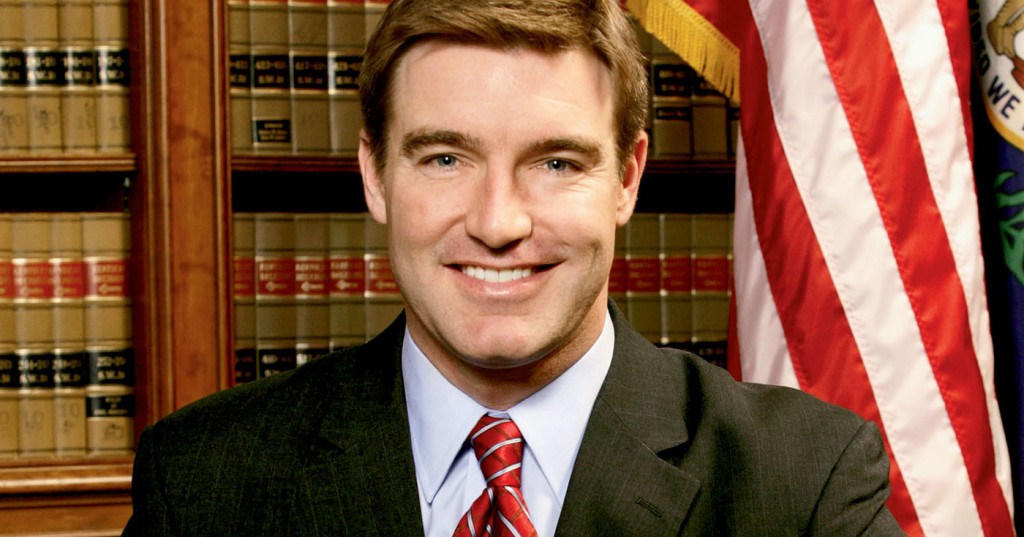 The potential impact of the state’s recent credit rating downgrade from “AA-” to “A+” is largely being ignored in the firestorm surrounding Rowan County Clerk Kim Davis’ intransigent refusal to issue wedding licenses because she disagrees with the recent Supreme Court ruling legalizing same-sex marriage. Given the distrction, it would be easy to think a drop in credit rating is isolated to Frankfort and to the millions of current and future retirees who fund the system. However, while culture warriors on both sides line up and Kentucky is made a national laughing stock because one wanna-be Pentecostal has become the symbol of all things narrow minded and foul, the politicizing of the retirement fund hurts everyone.

The issue is not that the state isn’t paying its employer-mandated contributions. According to Brent McKim of the Jefferson County Teachers Association (JCTA), the problem is that actuaries from the Government Accounting Standards Board (GASB) tell Frankfort they are required to pay an additional amount, referred to as the ARC (annual required contribution) in order to guarantee the Kentucky Teachers’ Retirement System (KTRS) is fully funded. Their response has been simply not to pay it. McKim said the KTRS has $14 billion in unfunded liabilities over the next 30 years.

“The last time this happened [that the state put in the ARC funding] was back in 2006 when Harry Moberly was budget chair,” McKim said. And, at that time, the ARC payment was still $40 million short.

During the last legislative session, Speaker of the House Greg Stumbo put forth House Bill 4, which calls for the issuance of $3.3 billion dollars in bonds. According to McKim and other proponents of the plan, this would have enabled the state to phase in enough additional funding over an eight-year period to make the pension plan solvent in the long term.

While that’s still the preferred solution from McKim’s point of view, one of the advantages of it — what the KTRF website referred to as “historically low interest rates” — has evaporated. The drop in credit rating means, among other things, that if HB 4 passes in the next legislative session, the state could be paying a higher interest rate on the bonds. McKim points out that, generally, as long as the plan is in place, the GASB calls off the dogs. Like all things finance related, however, this solution does not succeed or fail in economic laboratory conditions.

The primary criticism of using bonds to make the pension system solvent again is that, as with other forms of financing, it assumes and depends upon a stable market to keep interest rates low. So, if another recession hits — or if the stock market decides to take a roller coaster ride — interest rates could increase and increase the debt, which could perpetuate the problem.

And, even if the market is stable, the state is on the hook to pay that money back. McKim said there’s a $116 million line item in the budget set aside for the repayment of debt. The bonds would be repaid, eventually, out of that line item, as soon as other debts get paid off and taken off the list. However, that may not solve the additional and equally long-term problem of investor confidence.

A lower credit score translates into dwindling investor confidence, which translates into additional liability for potential employers looking to move or expand operations in the state. This could translate into serious problems for gubernatorial hopefuls who, in between the battles of the culture war, campaign on issues like bringing more jobs to Kentucky.

An emailed statement from Daniel Kemp, Jack Conway’s campaign manager, echoes Conway’s all-sound-and-no-fury political two-step: “Jack Conway is dedicated to honoring our commitment and standing by the pensions and retirement of Kentucky’s teachers. Jack believes the most important thing we can do as we move forward to address Kentucky’s pension problems is to make the full payment recommended by the actuary each budget cycle.”

McKim said he is unclear as to what Conway’s actual plan is — if indeed he has one — but thinks it will be a more conservative version of HB 4.

Tea Party darling Matt Bevin’s solution — to close out the pension system and dump all new employees into a 401K — is, in McKim’s words, “absolutely absurd.” Not only does Bevin’s plan demonstrate a complete lack of understanding of the problem, McKim said, but it fails to account for the additional debt such a plan would require the state to take on since there would be fewer people paying into the system over time.

No one from the Bevin campaign responded to LEO’s request for a comment.

Independent gubernatorial candidate Drew Curtis’s solution for the state teacher’s retirement fund is unique in that it’s more common in a corporate setting than a government one. He maintains that establishing a line of credit from a hedge fund would allow the state to dip in as needed and allow the principal to grow over time, creating less future debt. McKim said he is not as familiar with Curtis’s proposed solution, but initially is not sure how it will solve the problem long term.

Curtis said the lower credit rating hurts investor and consumer confidence. “It affects the interest rate at which you can borrow money from the private sector.” He went on to say, “It destroys confidence in the financial sector and their desire to invest in a particular geographic region.”

The credit rating, Curtis said, is “a proxy” used to determined how well a state is doing financially.

If the pension isn’t made solvent and the credit rating problem persists, it will trickle down and turn into higher interests rates locally. Small businesses and creative startups will feel the pinch, along with anyone trying to qualify for, or refinance, a mortgage.

Marianne Butler, chair of Metro Council Labor and Economic Development Committee, said there has been no discussion at all about any potential impacts. “We haven’t seen that come down yet.” She added that the city’s actuary is keeping a close eye on the market.”

Correction: The original version of this article inadvertently transposed the state’s downgraded credit ratings as an “A+” to an “AA-“.  Instead, the state’s recent credit rating downgrade was from an “AA-” to “A+.”